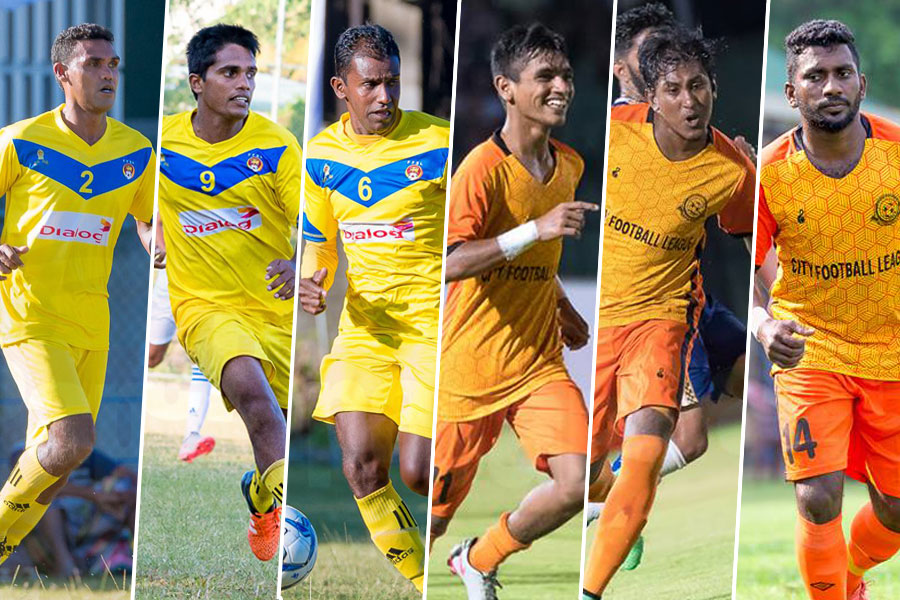 Army SC will take on Java Lane SC in the 2017 FA Cup Final where the two teams has had contrasting campaigns to the finale at the Sugathadasa Stadium on May the 20th.

It was just 9 months ago that Java Lane endured one of the lowest points in their club’s history, suffering relegation from the top flight, after an abysmal 2016 Dialog Champions League campaign. 9 months on, they find themselves in their first ever FA Cup final and the last team standing between a rampaging Army team and the FA Cup they are desperate to retain.

The Final of the FA Cup 2017, has thrown together two teams who would have had very contrasting expectations going into the tournament. Army SC went in as one of the favourites, and after failing to impress in the Dialog Champions League, knew that this was their best shot at a trophy this year.

On the other hand Java Lane would have been looking at showing the country and their supporters that there is hope still for the Slave Island team despite recent disappointments.

Both teams also endured very different paths to the finals, with Army going into each of their games as favourites and coming out well on top. Only in their semi final against Colombo FC were they ever put under significant pressure, and that too because they failed to convert some of their early chances.

Army survived a thrilling Colombo FC comeback from 2-0 down to 2-2..

Java Lane on the other hand went into both their quarter final and semi final as underdogs, and none of their results against lesser opposition they faced gave any hints that they could go all the way to the final. But in each of their games they found a way to adjust their tactics based on the opposition and their available players and found a way to get the job done, even against the bigger teams.

Saunders stumble as Java Lane through to final on spot kicks

It went down to penalties, but Java Lane SC sealed a place in their first ever FA Cup final..

Java Lane have relied on a solid defensive platform, led by the steady head of Fahim Nizamdeen at the back and they will welcome back Chamara De Silva to the lineup for the final after missing out on the semi final due to a suspension.

In midfield is where their true strength lies, Rizkhan Faizer and Janaka Chaminda have been on top of their game, with Abdullah proving to be very effective on the right wing.

The midfield have been charged with the simple task of setting up chances for Naveen Jude, who has been clinical in front of goal, combining great movement with sharp finishing. The youngster has become a fan favourite for Java Lane and he has rewarded them with a hatful of goals during their impressive cup run.

Army have relied on raw, unadulterated firepower up front to blast them through to the finals.

Madushan De Silva and Punsara Thriuna on the wings have stretched defences right throughout the season allowing Sanka Danushka the time and space to set things up for Mohamed Issadeen and Sajith Kumara up front.

Both wingers have been among the goals and assists, and that has contributed to the great campaign Issadeen has had in front of goal, scoring plenty of goals including an impressive hat-trick against Colombo FC in the semi finals.

Another major talking point throughout their campaign has been the effect that Thivanka Chandrasekara has had on the Army team coming off the bench. The forward has been in brilliant form and links up perfectly with Issadeen when on the pitch together.

Coach Naza Mohamed of Java Lane has set his teams up to contain both Renown and Saunders and it is unlikely he will move away from this strategy for the final.

Java Lane will need to reduce the space available for the Army wingers and hence, as in previous games, Abdullah and Malaka Perera will be expected to track back and protect their wide defenders. Either Chamara or Fahim will need to keep an eye on Issadeen as his movement has been excellent, scoring some fine poacher’s goals.

Army are unlikely to change anything from what has worked for them in the run up to the final. Asikoor Rahuman will probably need to keep a sharp eye on Naveen Jude who has proved to be a very tricky player to mark.

Expect Chandrasekara to make an appearance in the second half if they find it difficult to break down Java Lane. He has been found to be very difficult to deal with, especially in the air, and is a real trump card Army have up their sleeve if the need to bring him on arises.

Army will go in as overwhelming favourites to seal back to back FA Cup titles and are the fitter and stronger of the two teams.

Java Lane on the other hand have not been flustered by the underdog tag so far and they will need to dig deeper than before if they are to prevail in their first ever FA Cup final.

Stay tuned to ThePapare.com as we bring you all the live action from the Sugathadasa Stadium.

Van Persie: I’ve been in pain for the last six years

Honduras 1-2 Ecuador: Valencia at the double in El Tri comeback