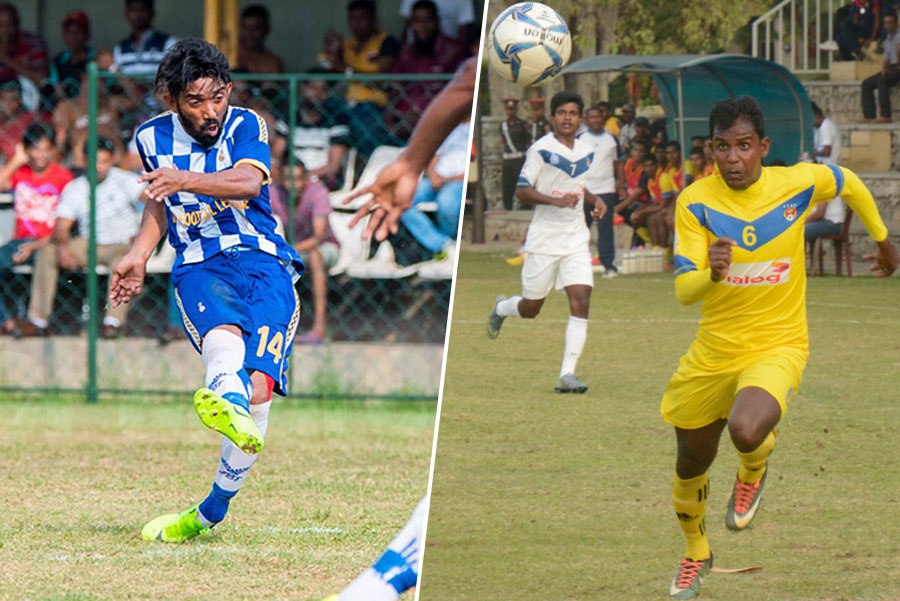 The 2016/17 FA Cup will be left with only eight clubs after this weekend, which has a few exciting, pre-quarter final clashes…

Army was looking to continue their winning, high goal scoring streak against a revived Navy outfit after their disappointing Champions League campaign.

However it was Army who took the early lead at the Navy grounds in Welisara when Thiwanka Chandrasekara headed a goal from a cross in the 9th minute.

Not to be disheartened Navy took the initiative and controlled the game for the rest of the half though they were unable to find an equalizer.

It was more of the same in the 2nd half with Navy missing a few chances. They were made to rue the missed chances when a goalkeeping error from Ajith Kumara gifted the ball at Sajith Kumara’s feet to tap in from the rebound in the 68th minute.

Navy responded 8 minutes later when Nalaka Roshan finished off a wonderful passing move to bring the hosts back into the game.

Chasing the game is always tricky and Navy was made to feel the brunt of it when Maduranga Perera received his marching orders in the 82nd minute for a 2nd bookable offence. Ten man Navy went down further 2 minutes later when the ball took a wicked deflection off Subash Madushan to give Army the third and some breathing space.

It took Renown a little while longer than expected to open the scoring. It was Rifnaz who started the rout in the 17th minute and two minutes later he would double the lead.

Mohamed Fazal scored in the 29th minute as Renown found it a bit hard to penetrate the opposition at will.

Renown were frustrated in the early minute of the 2nd half thought they dominated possession before Mohamed Asath scored for the 2nd time running in the 65th minute.

In the final 10 minutes under the immense Renown pressure the flood gates opened as the hosts scored a further four goals.

Right-back Dimuthu Priyadarshana scored a rare goal tapping in from close after Asath twice hit the woodwork. Three minutes later Hakeem Kamil scored a belter from outside the box while Fazal and Rifnaz scored in the 89th and 90th minutes respectively.