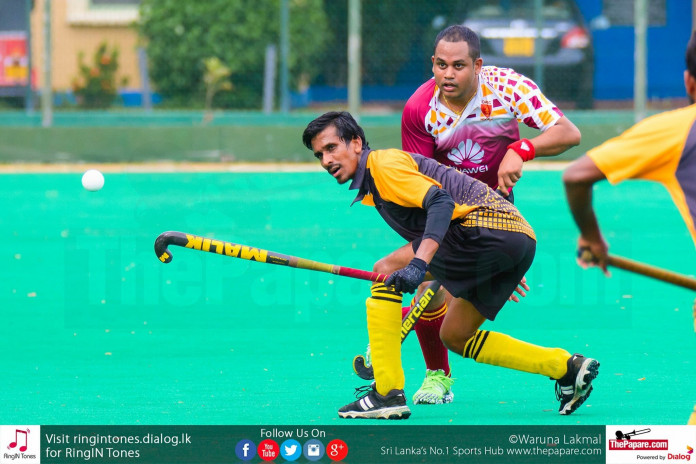 The first match in the Women’s category for the day was between University of Moratuwa and Malay’s Hockey Club. In the first few minutes both teams played very energetically and as time passed Malay’s Hockey Club started changing their game patterns therefore they were able to take the lead by scoring the first goal of the match. The final results showed that Malays Hockey Club won the match by 9-0.

In the next match Old Royal Hockey Club recorded the highest goal score for the day against University of Moratuwa. Old Royal is one of the leading hockey clubs in the Colombo district and also in the island. Even though, University of Moratuwa attackers tried their best they were unable to overcome the tight defensive strategies that were adopted by Old Royal Hockey Club and the latter won the match by 9-0.

The final match of the day took place between Malays Hockey Club and Old Bens. From the start of the match both teams showed a very aggressive game but Malays Hockey Club took the lead by scoring two goals from the first half. Old Bens Club was able to score three goals. However, the final score was 4-3 which made Malay’s club the winners.