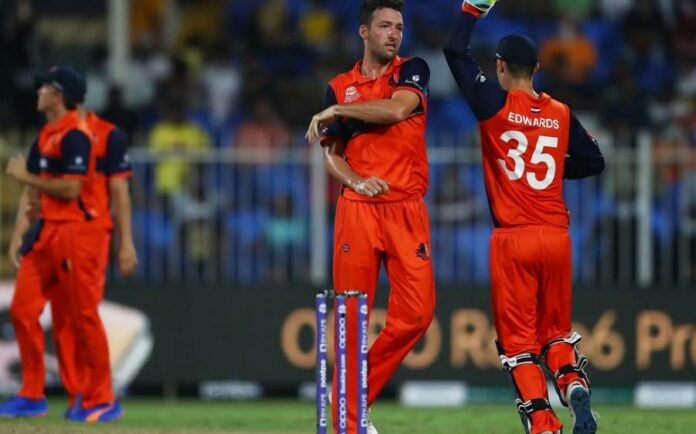 Eight teams will battle it out for two spots in Round 1 of the ICC Men’s T20 World Cup later this year in Australia.

Zimbabwe will host the eight teams in the ICC Men’s T20 World Cup Qualifier B between 11 and 17 July, out of which two will book their tickets to Australia for the marquee event later this year.

Apart from the hosts themselves, Jersey, Hong Kong, Netherlands, Papua New Guinea (PNG), Singapore, Uganda and USA will be part of the last leg of the T20 World Cup race. Singapore and Zimbabwe booked their Qualifier B spots based on their rankings in the ICC MRF Tyres Men’s T20I Team Rankings while Netherlands and PNG made it following their finishing position in Round 1 of the T20 World Cup last year in Oman and UAE.

Hong Kong, Jersey, Uganda and USA fought off competition in their respective regional qualifiers to make it to Qualifier B.

Qualifier B will feature 20 matches, including the playoffs and the final. The two finalists will qualify for Round 1 of the T20 World Cup, with the winner going into Group B alongside Ireland, Scotland and the West Indies while the runners-up will join Namibia, Sri Lanka and the United Arab Emirates in Group A.

The Queens Sports Club and the Bulawayo Athletic Club will be the two venues where the fate of the eight teams will be decided.

Hosts Zimbabwe will face Singapore in the opening fixture on 11 July. All the games will be streamed live on FanCode in the Indian sub-continent, and on ICC.tv across the rest of the world.

Speaking about the fixture announcement, ICC Head of Events, Chris Tetley said: “We are very excited for the ICC Men’s T20 World Cup Qualifier B to begin.

“This is the final step in the qualification pathway for the remaining two World Cup spots and we are looking forward to competitive and hard fought cricket, with a chance for all teams to compete for the ultimate prize in T20 cricket up for grabs.

“Fans will be able to cheer on all teams and follow the action by tuning in to ICC.tv or FanCode to find out who will secure their spots in the World Cup.

“We are delighted to be working with Zimbabwe Cricket again and wish all the participating teams the very best of luck in their quest to reach the Men’s T20 World Cup 2022.”