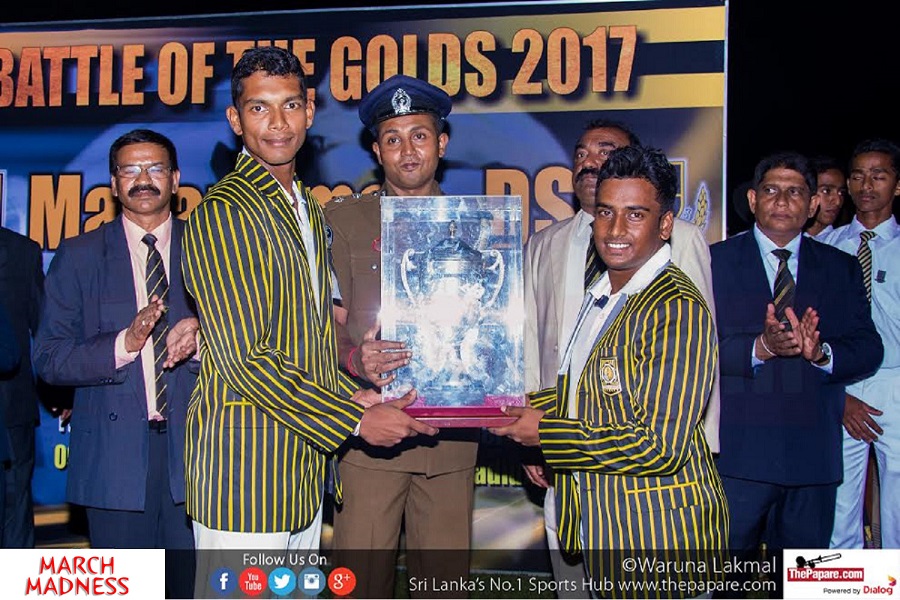 Muditha Lakshan’s patient 98 helped DS Senanayake grind out a draw against their arch rivals Mahanama College in the 11th Battle of the Golds at the P Sara Oval.

DS resumed play on the second day with 62 runs on board and 4 batsmen already back in the hut. They had their backs to the wall and their rivals were on top at the beginning of Day 2. DS were trailing by 209 runs at the start of play with 6 wickets in hand. It had to be a special performance from the DS batters if they were to save this match and that’s exactly what they did on Day 2.

They lost 4 wickets in 22 overs on Day 1, but the rest of the batsmen did not fall that easily. The middle order showed grit and pushed their team to safety. Muditha Lakshan was the anchor in the innings scoring a patient knock of 98 runs, unfortunately missing out on a deserving century by just 2 runs. He found good support from Shehzad Ameen who scored 55 runs. DS managed to post 268 runs in 97 overs, batting almost two-thirds of the day.

Before the end of Day 2, Mahanama in their second innings were 115 for 1 in 24.1 overs with Pathum Botheju scoring unbeaten on 55 and Kavindu Munasinghe scoring 52.

Earlier on in the game, Mahanama College posted 271 for 9 declared after they were asked to bat first. Bishan Mendis top scored with 74 while Malindu Maduranga scored 70 runs. Vihan Gunasekara was the pick of the bowlers for DS with 6 for 100.