The game resumed on day three with the hosts on 304 for 5. The Lankan bowlers failed to pick up a single wicket in the 20 overs they bowled in the morning session. Tom Wells (87*) and Rob Taylor (37*) added an unbroken 72 for the sixth wicket as Leicestershire reached 375 for 5 before the declaration point arrived at 100 overs.

Sri Lanka reached 200 for 4 in their second innings with Karunaratne making a chanceless century before retiring out. The former Josephian had scores of 8, 16* and 0 in his previous outings in the current tour. Before the three-Test series starts on Thursday, Dimuth needed to get some runs under his belt. This innings came off just 134 balls with 16 boundaries all around the wicket.

The openers, Karunarathne and Kaushal Silva added 100 for the first wicket before the latter lost his middle-stump to Rob Tayler having made 43. Lahiru Thirimanne batting at his customary position of number 3 remained unbeaten on 40 off 90 deliveries.

Sri Lanka had been 191 for 1 before Karunaratne ended his innings and Leicestershire picked up two wickets before the captains shook hands. Niroshan Dickwella chipped Wells to Taylor and Milinda Siriwardana was bowled by Rob Sayer, both without getting off the mark.

Earlier in the first innings, no.8 batsman Dasun Shanaka made a terrific 112 to help Sri Lanka post 367. 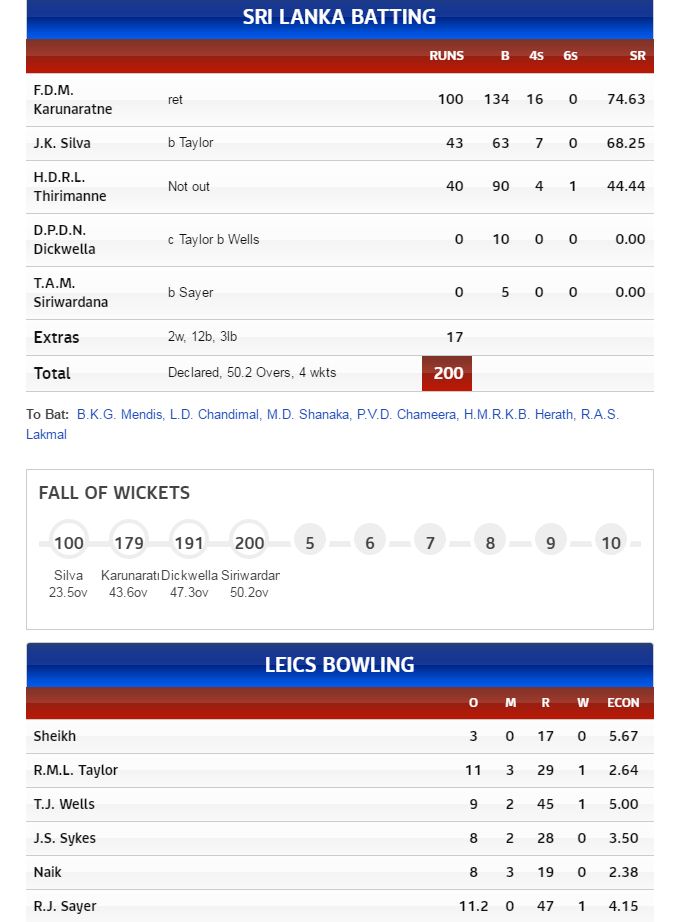 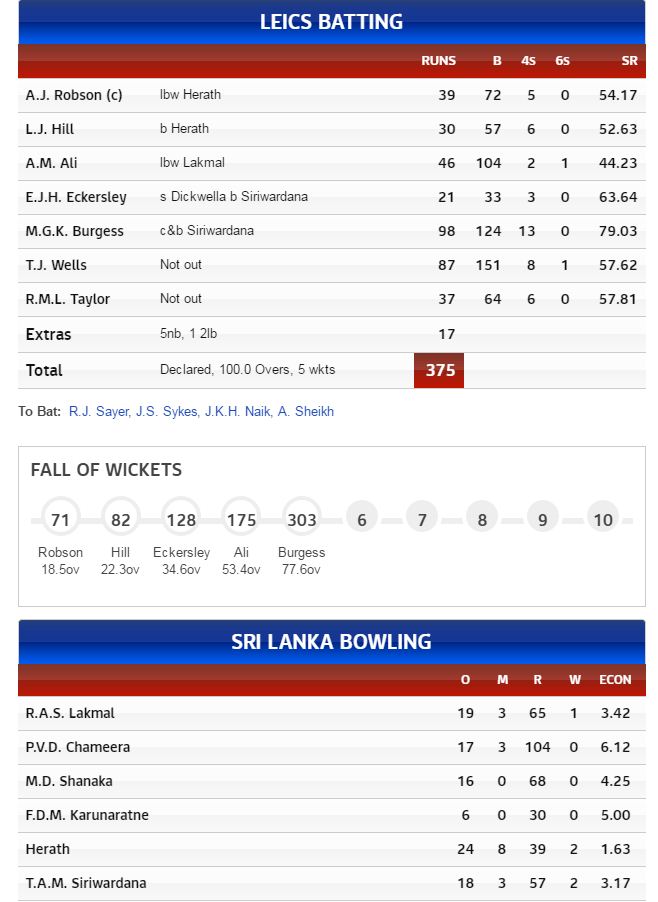 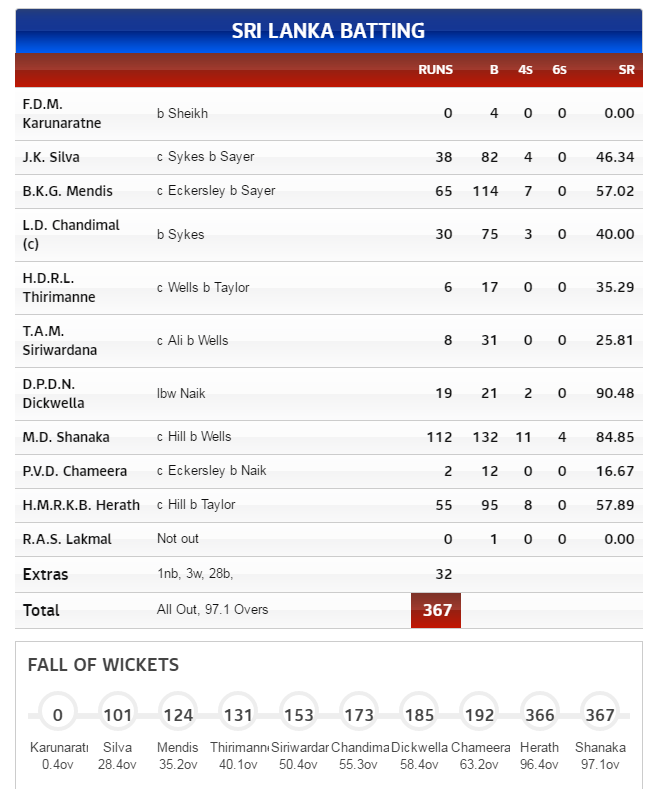