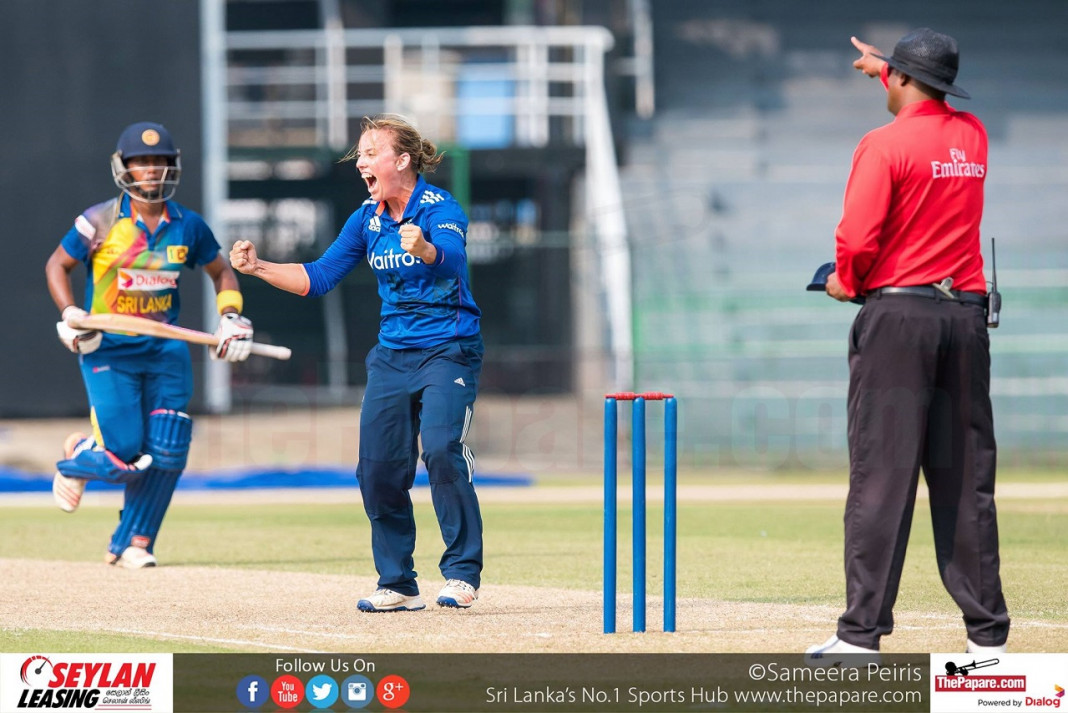 Sri Lanka’s miserable form with the bat continued at the R. Premadasa as they went down by 5 wickets in the 3rd ODI against the England Women earlier today.

After having won the toss for the 2nd successive time, Sri Lanka skipper Inoka Ranaweera elected to bat 1st, perhaps in the hope of utilizing her numerous spin bowling options later on in the day. For the 3rd consecutive game, the hosts got off to a slow yet steady start with opener Nipuni Hansika looking relatively comfortable in the middle. 20-30 run partnerships were all the Lankans could manage however as Alex Hartley, Danielle Hazel and Laura Marsh restricted the scoring with some spin of their own. The trio picked up 3 wickets a piece and 2 other run-outs didn’t help Sri Lanka’s cause as they blew a steady start to be bowled out for 161.

What Sri Lanka would look to work on is the scoring rates during the middle overs as only 2 players of the 11 scored at above a rate of 65 runs per 100 balls, piling on the pressure during the latter stages of the innings. Once again many players got starts, making it to their twenties, but blew the chance to go on and post a good score.

The English openers Lauren Winfield and Tammy Beaumont go the visitors off to a good start once again as they put on 55 for the 1st wicket. Although Winfield and 3 drop batter Danny Wyatt were dismissed in quick succession, Beaumont anchored the chase with 78 off just 79 balls to ensure that England went 3-0 up in the series.

The spinners tried to peg things back with a few wickets but 161 was never going to be enough against the in-form English batters. Oshadi Ranasinghe picked up 2 wickets but the bowlers went for plenty as England got home with more than 20 overs to spare.

The 4th and final game of the tour will take place at the same venue on the 17th of November, with Sri Lanka staring down the barrel of yet another series whitewash. 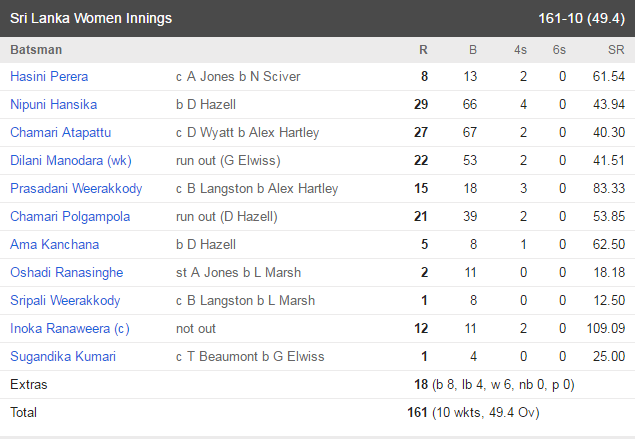 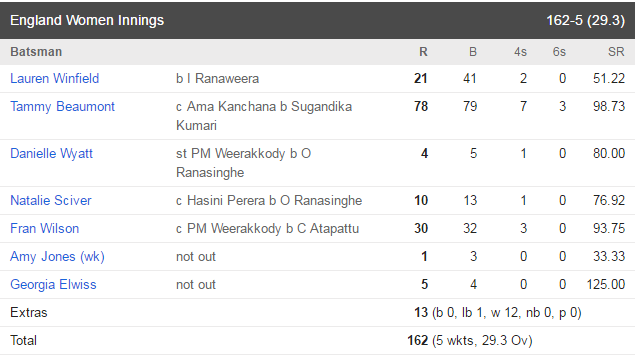