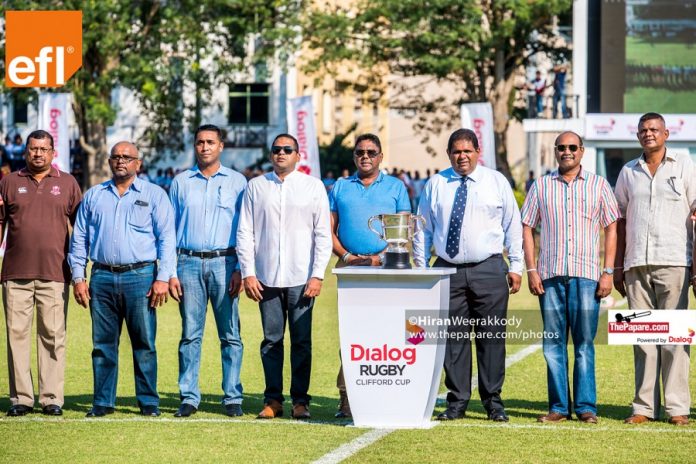 Considering the present pandemic-COVID19, which has caused many countries around the world to locked down, Sri Lanka Rugby made the following decisions after an emergency council meeting held on the 16th of March 2020.

The Dialog Rugby League super round scheduled from the 20th-29th March will not be played, hence the standings of the Cup and Plate championship will be declared as per the points table after the 14th week of the Dialog Rugby League. Kandy Sports Club, undoubtedly emerged as the cup champions while the Army Sports Club was awarded the Plate Championship. CR & FC who were suspended from the league, interestingly secure 4th place in the Cup Championship.

NO Super Round, Kandy clinch 6th back to back League!

Defending Champions of the Dialog Rugby League, Kandy Sports Club has been crowned as champions for the 2019/20

The standings are as follows:

The Top Performers of the league!

Glad tidings await the Sri Lankan Rugby fans, as SLR officially informed that they intend to proceed with the Dialog Clifford Cup, provided the Corona Virus epidemic is cleared and permission granted from the government of Sri Lanka. Although the knockout tournament is scheduled to take place in early April, we will have to wait to see its feasibility. In any case, the fixtures for the tournament will be as follows.

Stay logged on to ThePapare.com as we bring you the latest news and updates of Rugby in Sri Lanka.