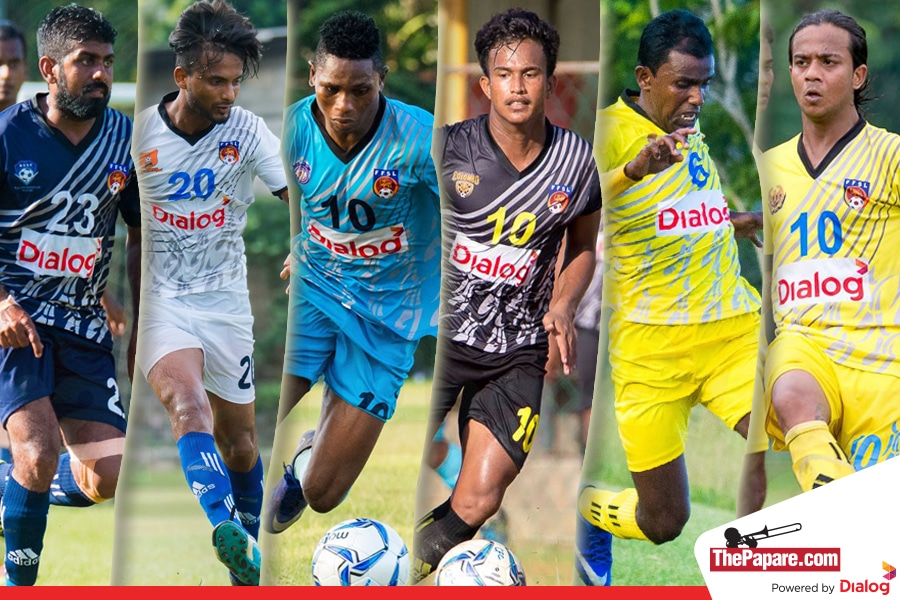 Last week produced many upsets which sent the two groups wide open, but several teams came out unscathed and as it stands 5 teams have qualified for the Super 8’s.

The likes of Negombo Youth and Blue Star from Group A and Air Force, Navy and Super Sun from Group B are yet to know their fate and some of them play in the final Game Week to determine their fate.

ThePapare.com looks at what needs to happen for each team.

Consolation points up for grabs as two relegated teams clash in the final week at the City League Football Complex.

Both teams have endured disappointing seasons and will be playing for pride in the final game of the season. Matara City stunned the league last week by beating Blue Star at the Vernon Fernando last week and will go in as favourites to pick up a win.

Army will look to end the group stage unbeaten when they meet last year’s champions in the final week.

Both teams have qualified for the next round and there is a distinct possibility that both teams will field experimental line ups so as to not risk injury to key players and to keep their hands hidden till they meet in the more important stage of the competition.

However Colombo FC would also like to get back to winning ways after heavy loss to Solid last week so all in all it should make for an interesting clash.

Blue Star missed a great opportunity to seal Super 8 qualification after they slumped to a 1-0 defeat to the relegated Matara City FC at home.

It’s been a season full of ups and downs for the Kalutara team and they will need one final peak to beat Solid and seal a spot in the Super 8s.

Solid on the other hand roared back to life after thrashing Colombo FC 4-2 at home last week, following 3 consecutive draws on the trot, thus sealing their spot in the Super 8s as well.

Expect a big crowd and a ton of action at the Vernon Fernando Stadium.

A must win game for the team from Beruwala as they come across a Police team that has just a solitary win under their belt.

The odds are in their favour though, and playing at home should be a big advantage for them. They can put pressure on the likes of Air Force and Navy by picking up a midweek win which would mean both of them would have to win to take control of their fate.

Police on the other hand also find themselves in a must win situation if they are to escape relegation from the top flight this season, so expect a cracking game.

Both teams suffered shock losses to Java Lane and Navy respectively last week and Air Force in particular will need to improve if they are to qualify for the Super 8s.

Renown have already qualified and have the option of resting key players if they choose to do so.

Air Force simply must win to qualify and anything less would mean their fate will likely be decided by the result of the Navy-Saunders clash. This will be a very tight clash.

Saunders have been grinding out wins since their 4-2 win over Java Lane, and though they can’t qualify for the Super 8s, they can spoil Navy’s chances of getting there by denying them points in this crucial clash.

Navy were outstanding in their win over Renown, ending the group leader’s unbeaten run in the competition last week and have all to play for in what should be an entertaining encounter.