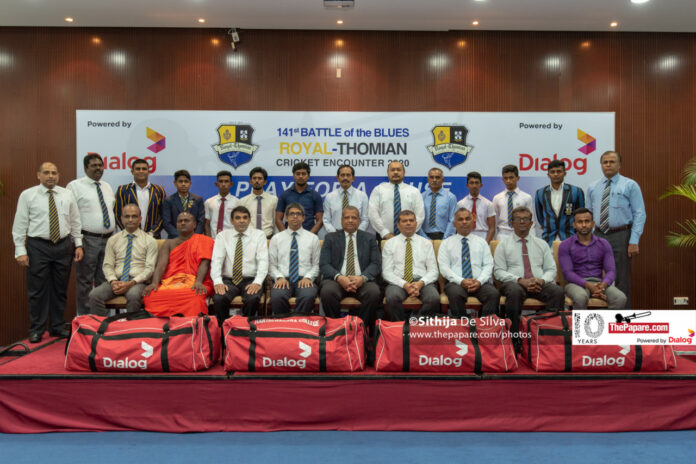 In 2015, on the 136th edition of the Royal-Thomian, Sri Lanka’s premier connectivity provider, Dialog Axiata PLC rekindled a long and successful partnership with Sri Lanka’s Blue-Ribbon Big Match, The Battle of the Blues and made a pledge to contribute 1,000 rupees for every run scored and 10,000 rupees for every wicket that fell during the match. This year’s exciting encounter contributed 1,008,000 rupees to the ‘Play for a Cause’ pledge. Since the inception of the ‘Play for a Cause’ pledge, inclusive of the 141st Battle of the Blues, 6,151,000 rupees worth of cricket gear has been donated to 22 deserving schools.

The ‘Battle of the Blues’ is one of the most celebrated school-level sports encounters in Sri Lanka and has a rich and colourful history and tradition spanning 141 years. It is also distinguished for holding the honour of being the second longest uninterrupted cricket series played in the world, second only to the annual encounter played between St. Peter’s College, Adelaide and Prince Alfred College, Adelaide, Australia, which began just a year earlier.