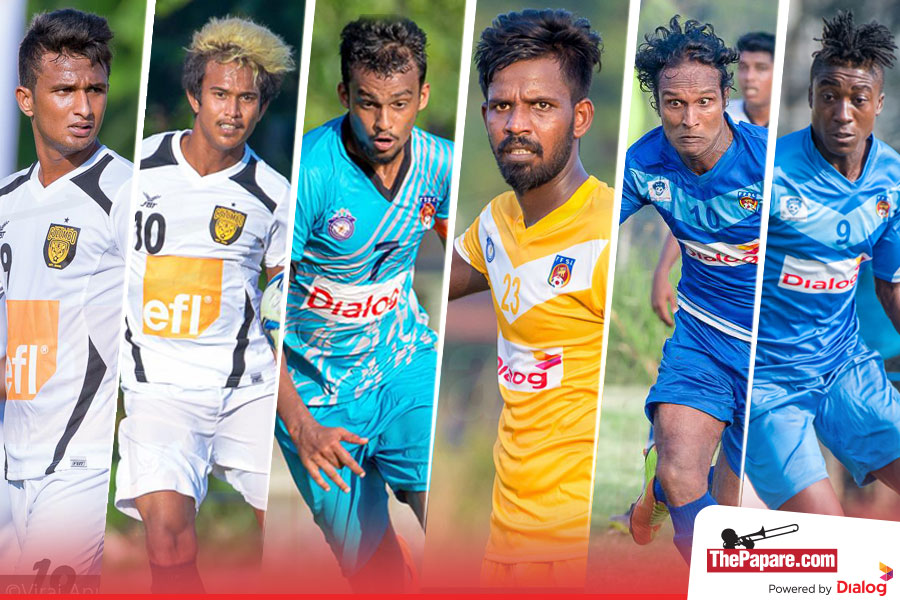 The final weekend of the Dialog Champions League 2016/17 sees the best 4 teams of the Super 8 stage lock horns in what is set to be a thrilling climax to the season.

Renown, Colombo FC and Blue Star all have ambitions of securing a title win on the last day of the competition,  giving us yet another dramatic end to another edition of the DCL. ThePapare.com has an in depth look at both of this weekend’s fixtures.

Blue Star go in to the final game-week, undefeated and on a high after registering wins over both other teams in the title race. The key for them in this Super 8 campaign is their defence that have conceded just 2 goals thus far, giving them the best defensive record in the competition.

In recent weeks their front 3 have all been in top form with E.B. Channa and Afonja Jibola being nothing short of brilliant out wide whilst Mohammed Farzeen has 3 goals in 2 games and possesses an uncanny knack for knowing exactly when and where to be to put the ball in the back of the net, which has served Blue Star well.

Idowu Hameed in midfield and Nasiru Opayemi in defence have also been leaders on pitch for them and will need to perform if they are to secure a win in this all important clash.

Army on the other hand have been eliminated from the title race, but have been in superb form of late having scored 12 goals in their last 2 games.

Despite not being in contention they are still a very strong side, and have the players to spoil Blue Star’s ambitions. They may also toy with the idea of giving some of the less experienced players a go in a high stakes match to give them a bit of confidence.

Moving on to the game, Blue Star are known to be patient and disciplined when defending and if they can guard against being exposed on the counter, they may be able to upset a very strong Army team on the day.

Playing first, they will also be under less pressure as their fate will not be fully in their hands even if they do pick up all three points.

The ultimate battle between two of Sri Lanka’s best club teams has been saved for last and it could provide the thrilling climax the Dialog Champions League deserves.

It could be all over for last year’s defending champions if Blue Star beat Army, but provided they fail to do so, this will become a must win finale for Colombo FC. Despite last week’s defeat to Blue Star, they did play very well and the form of Zarwan Johar and Momas Yapo will be key to defeating Renown.

We have seen the Renown team uncomfortable when aggressively pressed in midfield, something Army and Blue Star did very well in their games against them, and Colombo FC will likely follow suit, and they have the personnel to play that type of a game well.

Renown could find themselves needing just a draw, but those are often the trickiest games to approach and ideally they should be looking to set up to beat Colombo FC irrespective of the Blue Star result. They have fallen tantalizingly short at the final hurdle before and that will prove to be a real mental block that they will need to overcome in preparation for this game.

They will be without the services of the suspended Mohamed Mujeeb who has been spectacular in stepping up to replace the injured Afam Akram.

Colombo FC struggled against the strength and pace of Afonja Jibola last week, and Job Michael will be hoping to cause similar problems in this game. They will go into the game knowing what result they need to achieve and  have a slight advantage in that, despite the high pressure nature of the game.

If Colombo FC can hustle the Renown midfield off the ball it could prove a decisive point for them in defeating Renown, but they will also need to guard against the counter attacks as the likes of Mohamed Fazal and Michael will have the advantage of pace over the Colombo FC defence.

This should be a cracker of a game!