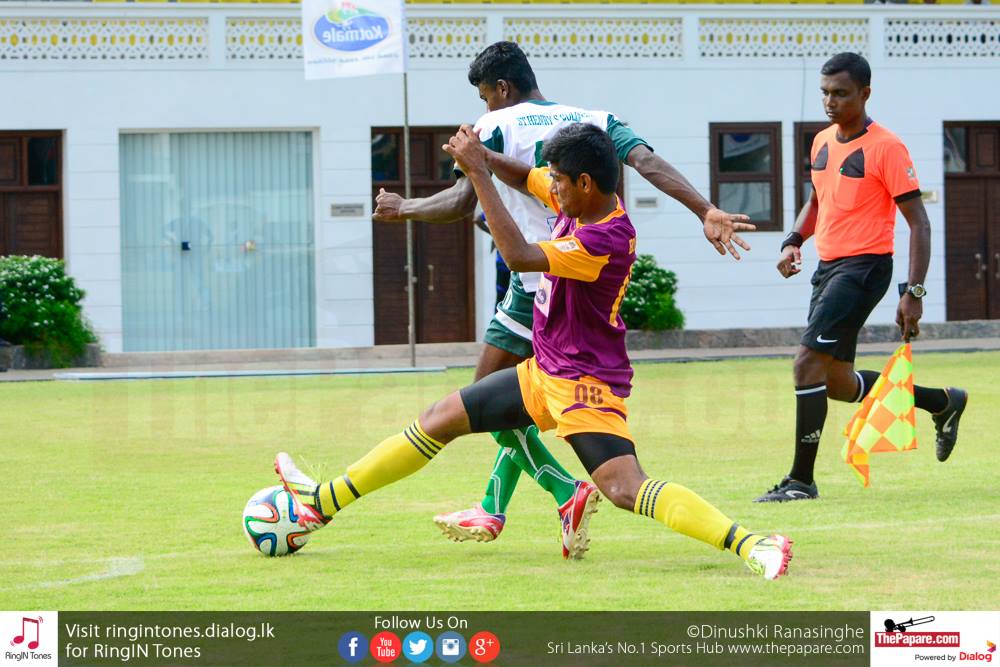 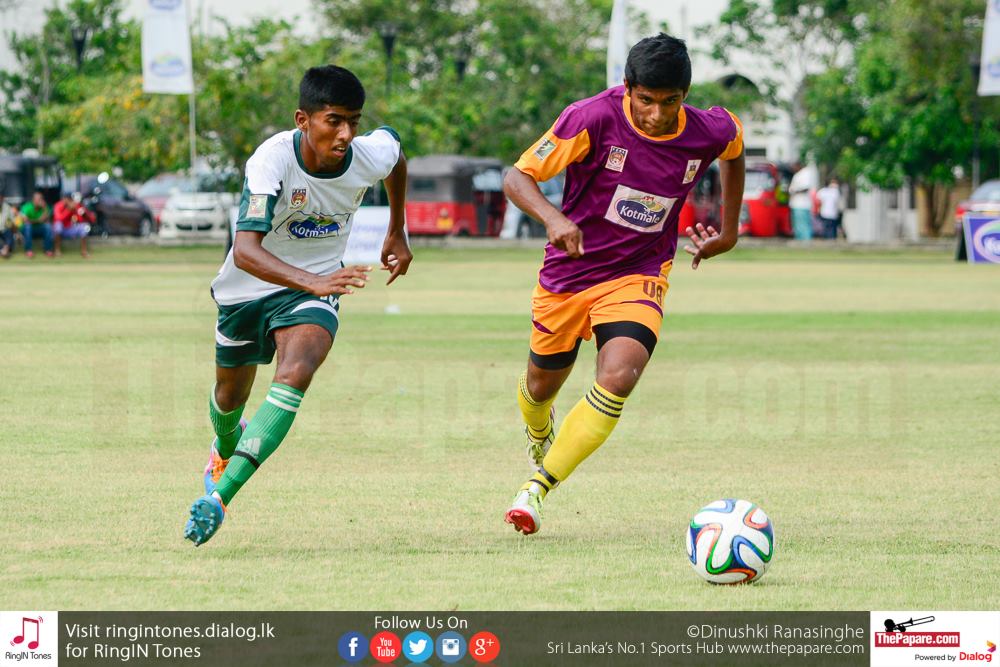 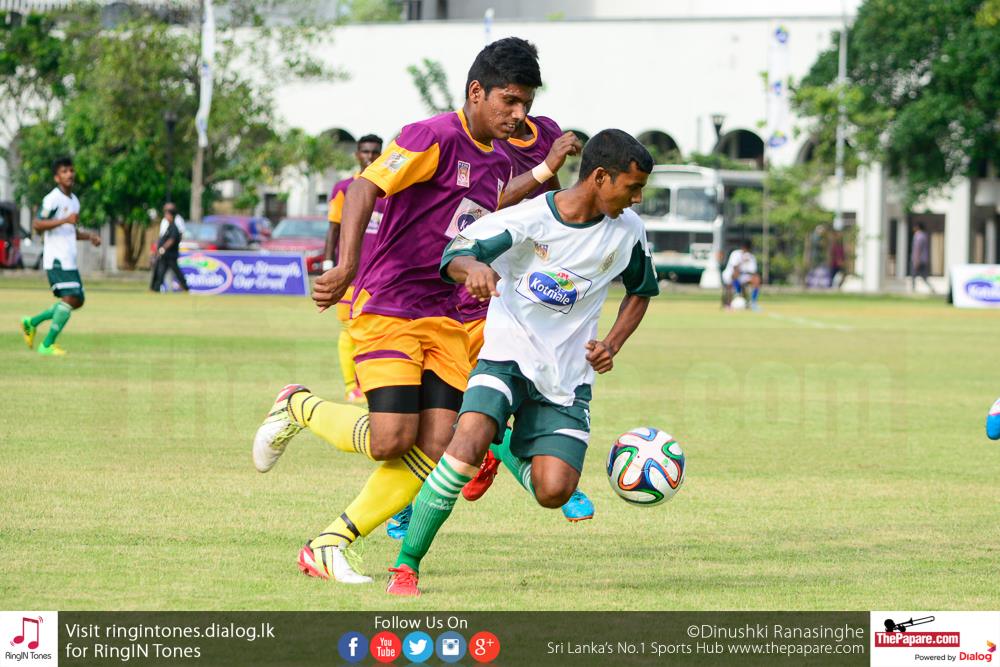 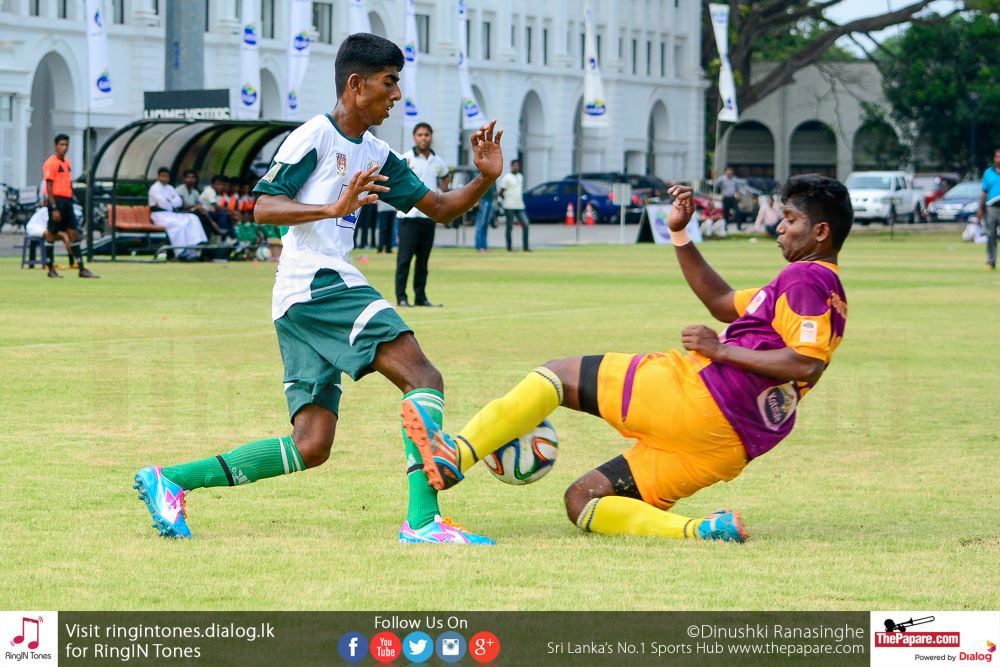 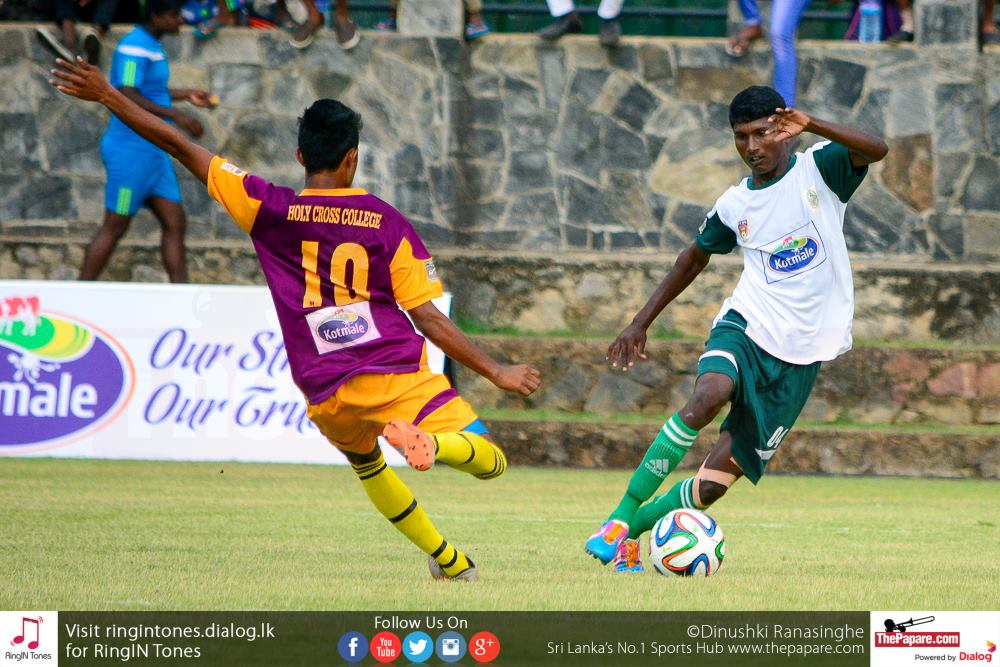 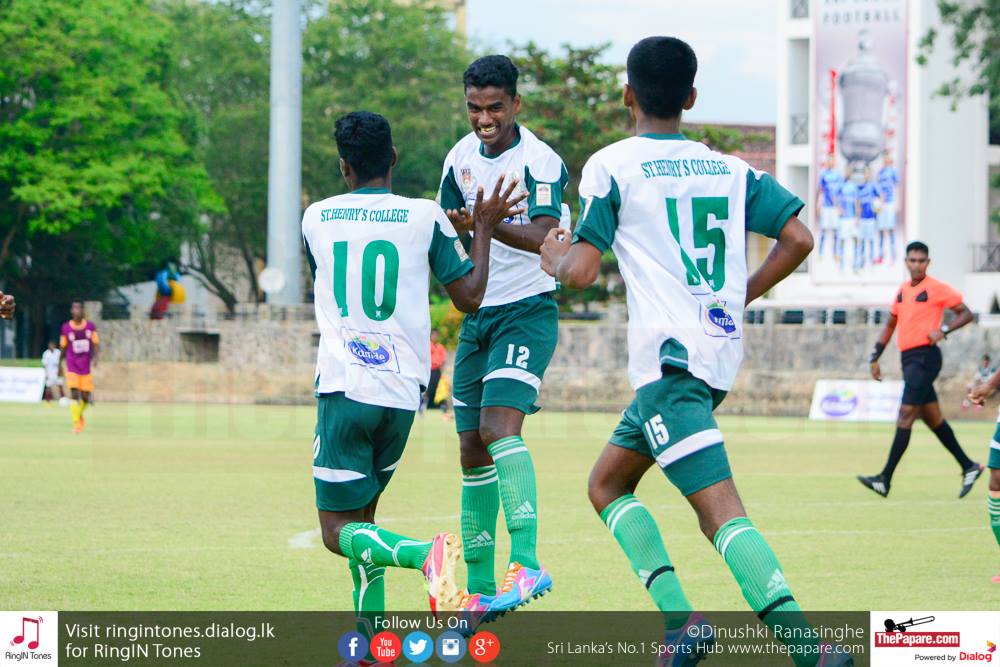 St.Henry’s College were ruthless in the second half scoring seven goals in a 8-0 win against Holy Cross College in the semifinal of the Kotmale Chox U19 Schools Football Championship.


It was a closely contested game as St.Henry’s finished the first half 1-0 but the flood gates opened in the 2nd half as the Jaffna boys showed no mercy to Holy Cross.

Both sides took time to settle down into the match but it was the lads from Jaffna who showed the initial fight. They played with a very attacking formation of 3-3-4 but the five man defense of Holy Cross dealt with the danger.

A.B.Anojan had the ball in the back of the net for St.Henry’s but was deemed offside. However they did not have to wait for long as Anojan converted to give them the lead in the 32nd minute.

Holy Cross too had their chances as a long range effort rattled the cross bar as the first half ended in thrilling fashion.

The second half was a mirror image of the first as St.Henry’s completely turned things around drowning Holy Cross with goals.

Anojan added his and his side’s second in the 50th minute while Antonyraj scored the 3rd in the 63rd minute. A.G.Sandeep turned the ball into his own net in the 69th minute and minute later A.Thanesh scored the 5th goal.

Sandeep was again the unfortunate one as he scored another own goal with ten minutes to go. Two minutes later R.Mathushan scored while Anojan completed his hat-trick in the 85th minute to complete the thrashing.

ThePapare.com Man of the Match: A.B.Anojan

Live Stream of the Final on ThePapare.com