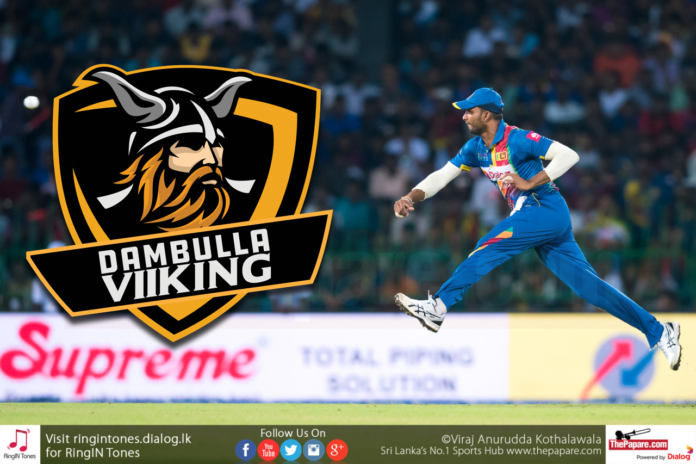 The inaugural edition of the Lanka Premier League is set to commence on 26th November at the Mahinda Rajapaksa International Cricket stadium with the participation of five franchises. Representing the historic city of Dambulla, ‘Dambulla Viiking’ will compete for the coveted Trophy under the nickname of “Sons of Thor”.

The franchise was bought by Bollywood actor Sachiin J. Joshi who owns Viiking Ventures Pvt Ltd. Former England cap Owais Shah is the Head Coach of the franchise while former member of the Sri Lanka U19 coaching staff Chamila Gamage is set to look after the pace department of the squad.

Icon player Dasun Shanaka has been in supreme form lately with the bat and ball and will be a crucial link in the Dambulla’s formula for success. Shanaka, wicket keeper batsman Niroshan Dickwella and former Sri Lanka skipper Upul Tharanga will be the key play makers for the franchise. Add the impressive 28-year-old Oshada Fernando to the equation and you’ve got a trusted batting unit for tough riddles.

Interestingly, Dambulla Viiking does not boast flashy overseas stars as the other franchises do, but they have the players to get the job done. Former English cap Samit Patel will be a great asset to the squad with all the invaluable experience from many T20 leagues around the World apart from his all-round abilities. Irishman Paul Stirling who has loads of experience battling the Rashid Khan-led Afghan spin attack is another great addition and can be effective in Sri Lankan conditions.

The pace battery will be enforced by three overseas players Pakistani Anwar Ali, Indian Sudeep Tyagi and Afghan Aftab Alam. Apart from them, local stars, Lahiru Kumara and Kasun Rajitha will have the heavy work throughout the tournament as the first choice seamers of the squad. The pace of Kumara and the swing of Rajitha and Ali will be a vital decider of Viiking’s success.

The most exciting aspect of Dambulla Viiking’s squad for Sri Lanka fans will be their young spin stock. Apart from the giant figure of Malinda Pushpakumara who has proved himself year after year in the domestic arena, they will have the services of uncapped wrist spinner Pulina Tharanga, Sachindu Colombage and Kavindu Nadeeshan. The success of at least one of these players in this tournament could be a blessing for Sri Lanka Cricket as it currently lacks a penetrative spinner except for Wanindu de Silva. The trio has shown sparks of brilliance in each of their careers so far, but this tournament can be the springboard that will shoot them up towards the sight of the National selectors.

One of the supplementary players of the squad, Dilshan Madushanka, left arm seamer from Hungama is one to watch out for (if he gets an opportunity) in this squad. The 20-year-old was already picked for the National Test squad to South Africa thanks to his raw pace and his heroics with the national U19 and Emerging teams.

The squad contains several leaders like Upul Tharanga, Dasun Shanaka, Paul Stirling and Niroshan Dickwella who have had previous captaincy experience. However, the team’s skipper has not been announced by the management yet. The franchise also missed out on a few T20 superstars like David Miller and Carlos Brathwaite due to the schedule of the tournament clashing with international fixtures.

Team Viiking will face the Kandy Tuskers in their first battle of the competition on 28th November at the Mahinda Rajapaksa International Cricket Stadium. 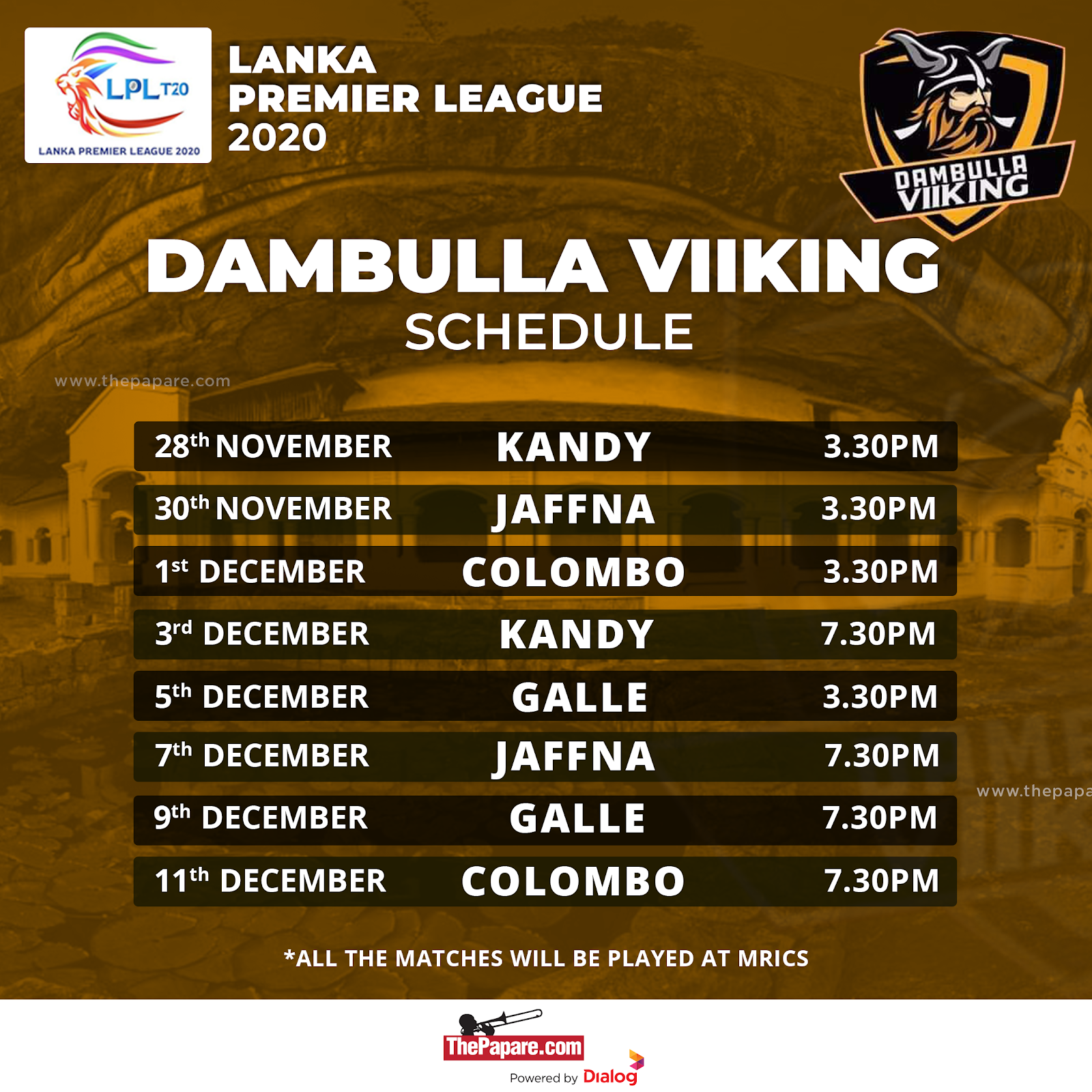