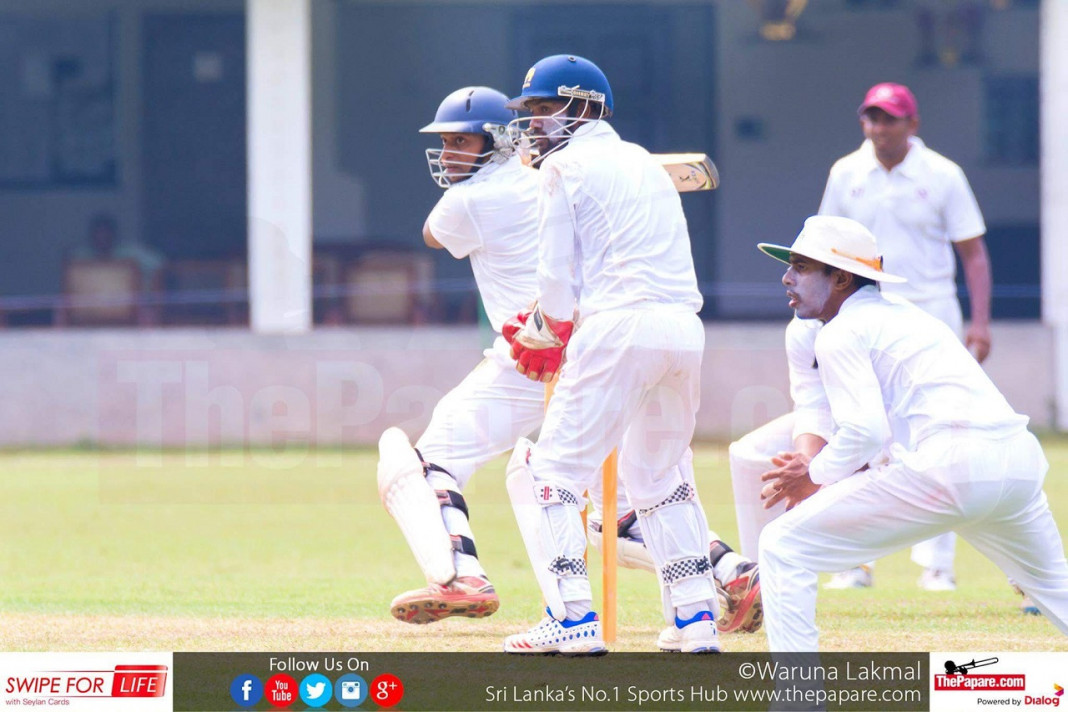 Here’s a brief look into a few matches which took place today in the SLC Tier B Premier League Tournament.

SLPA registered an innings and 14 run victory against Police at Hambanthota today. They were 223 for 8 and they declared overnight to give their bowlers a full day to take on the Police batsmen. The Police opening pair put up 28 runs for the first wicket and most importantly they managed to bat out 12.5 overs. But unfortunately that was their highest partnership in the innings as Veteran Shanuka Dassanayake and Chamikara Edirisinghe rattled through the batting order before the lunch break. Shanuka bagged a five-for while Chamikara chipped in with 3 wickets. Police innings only lasted 39 overs and they could only manage 106 which gave SLPA the win by an innings and 14 runs.

Early on, Police were bowled for 103 after been put to bat first by SLPA thanks  to a five-for by Chanaka Komasaru. In reply SLPA posted 223 for 8 with Hashan Gunathilake scoring 99.

Risith Upamal’s unbeaten 116 saw Kalutara bat out the second day’s play in their match against Kurunegala YCC at Kurunegala. Risith came In at first drop late on the first day and managed to carry his bat right through the second day to score a well composed innings for his side. His knock came off 214 deliveries which included 16 boundaries. At stumps on day 2, Kalutara TC were 253 for 3 in 81 overs

Early on, Kurunegala YCC posted 223 all out for their first innings with Ruwantha Ekanayake scoring 111 runs