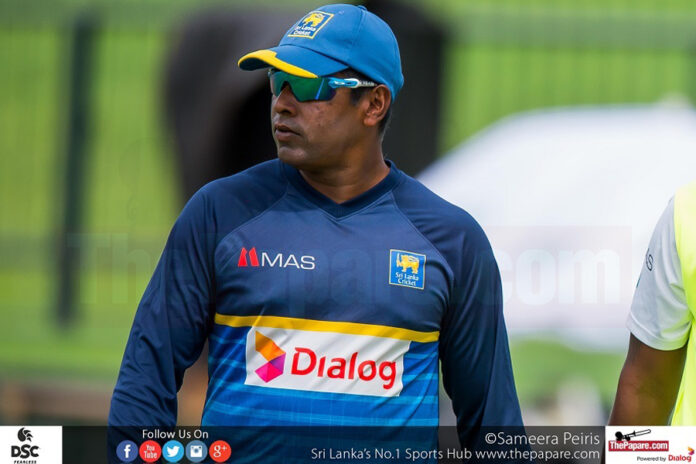 Former Sri Lanka fast bowler Chaminda Vaas, who was appointed the new fast bowling Coach of the Sri Lankan Men’s Cricket team for West Indies series three days ago, has resigned from the post hours before the National team’s departure for the Carribbean.

Sri Lanka Cricket (SLC) contracted Vaas as the fast bowling coach of the National team for West Indies series as Australian David Saker left the position ahead of the series, citing personal reasons.

Vaas has additionally resigned from all the other positions he held with Sri Lanka Cricket, which will be effective from 26th March, 2021.

The Sri Lankan contingent is set to take wing to the Caribbean tonight for 2 Tests, 3 ODIs and 3 T20Is. 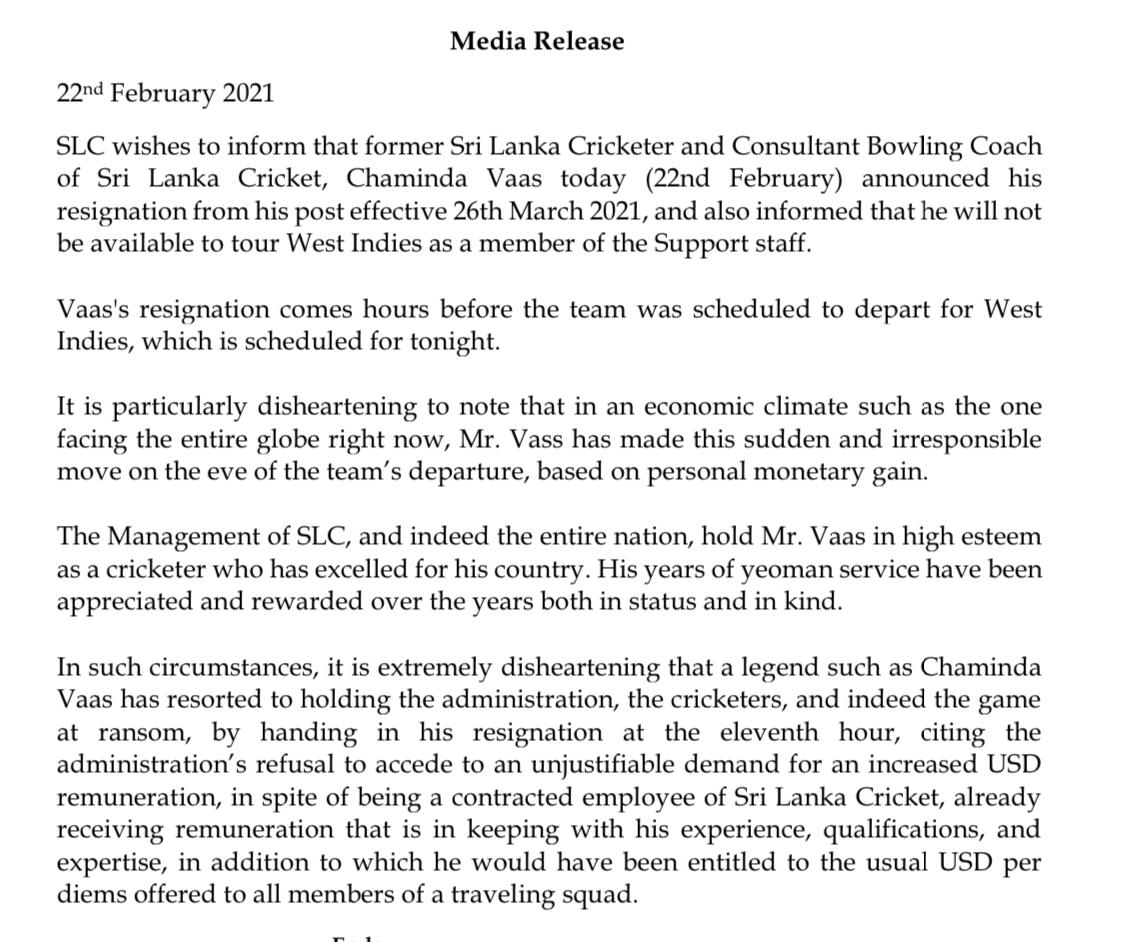