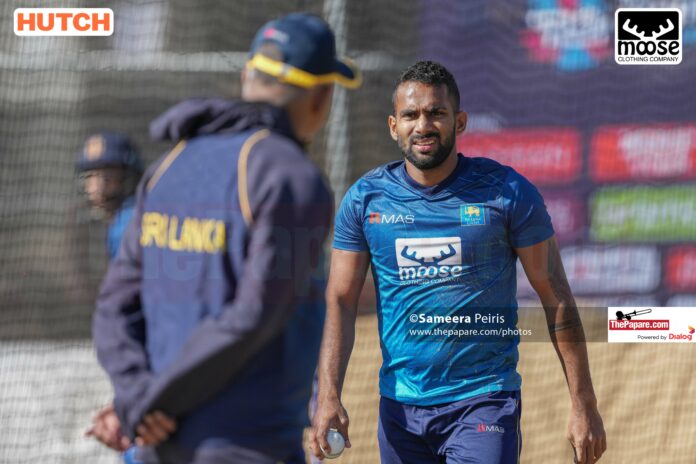 Even though Sri Lanka Cricket is yet to officially announce the squad, Sunday Times reported last Sunday that the selectors have left out Karunaratne for the 3-match series which begins on the 25th of November in Pallekelle.

“The selectors have dropped Chamika [Karunaratne] due to non-performance not due to disciplinary issues.” Sri Lanka Cricket secretary Mohan De Silva told the media on Thursday at a press conference.

Soon after the World Cup campaign for the islanders was over, Sri Lanka Cricket appointed a three-member committee to investigate various alleged incidents that have come to the attention of Sri Lanka Cricket and that are said to have allegedly taken place during the national team’s stay in Australia. Karunaratne’s name was also hovering around Social Media channels for an alleged fistfight during the World Cup campaign in Australia.

“The necessary actions will be taken after the three-member committee submits their report.” He further stated.

Karunaratne had a poor outing during the recently concluded ICC Men’s T20 World Cup 2022 with both bat and bowl scoring only 32 runs and picking up only 3 wickets in 6 innings. However, in his last ODI outing against Australia at home, he scored his career-best of 75. In 18 ODIs, Karunaratne has scored 376 runs and has taken 16 wickets.

Karunaratne is set to be replaced by another fast-bowling all-rounder in Dhananjaya Lakshan.