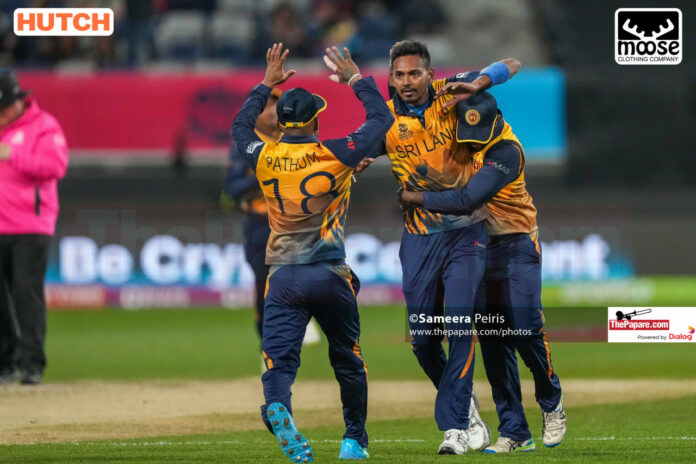 The Sri Lankan camp has been hit with fresh injury worries, with lead speedster Dushamantha Chameera being ruled out of the competition due to a recurring calf injury.

Chameera missed out on the Asia Cup due to the same injury but was expected to be fully fit for the World Cup. Despite making it to the squad and playing in the 1st two games, he did not seem to be back to his best, bowling well below his usual speeds. Chameera is the 2nd Sri Lankan quick to be ruled out of the competition, as young left-armer Dilshan Madushanka picked up a quadricep injury on the eve of the 1st game.

Pramod Madushan and Danushka Gunathilake have also reportedly picked up hamstring niggles, though the severity of their injuries is yet to be confirmed by Sri Lanka Cricket.

There is a very real chance the pair will also be ruled out of the competition, but as it stands, both are set to miss the all-important game against the Netherlands on Thursday.

Kasun Rajitha is set to be flown in as a replacement for Chameera – however, this change is yet be confirmed by the ICC Technical Committee. Asitha Fernando may also join Rajitha as a standby in case Madushan is also ruled out. If Gunathilake is also ruled out, Ashen Bandara, who travelled with the team as a reserve is most likely to fill his spot in the 15.

Sri Lanka’s biggest worry would be that none of their quicks on the bench have played any international cricket lately. Rajitha’s last game was an ODI in July, while Fernando last played in February and Kumara in March.