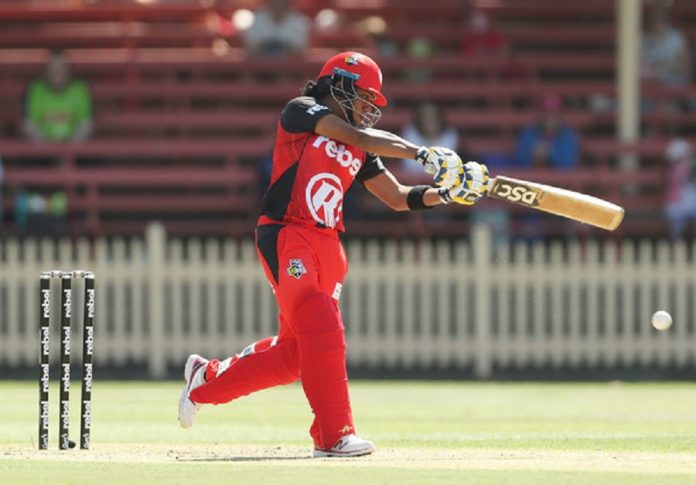 Sri Lanka Women’s T20I skipper Chamari Atapattu has been called up to the Melbourne Renegades squad in the Women’s Big Bash League 2019.

A major portion of this year’s WBBL is already over, with only 3 league matches remaining for the Melbourne Renegades who are still in contention for a semi-final berth. An opener’s slot has become vacant in the Renegades team as their regular opener Sophie Molineux has decided to step away from the game to focus on her mental health and wellbeing.

Chamari Atapattu impressed everyone in the recently concluded Sri Lanka tour of Australia where she blasted her way to a 66-ball 113, becoming only the 2nd Woman to score a T20I century against Australia. She concluded the series with another century, increasing her international century tally against Australia to 3. The performances in that series may certainly have helped her bag this deal from the Melbourne Renegades.

This is the 2nd stint for Atapattu in Melbourne Renegades ranks as she was part of the franchise in the 2017 edition of WBBL, scoring 175 runs in 14 matches.

Chamari Atapattu has been the only representation from Sri Lanka in women’s franchise leagues. This year, She played for team “Supernovas” in the Women’s T20 Challenge in India and represented Loughborough Lightning in the KIA Super League as well.