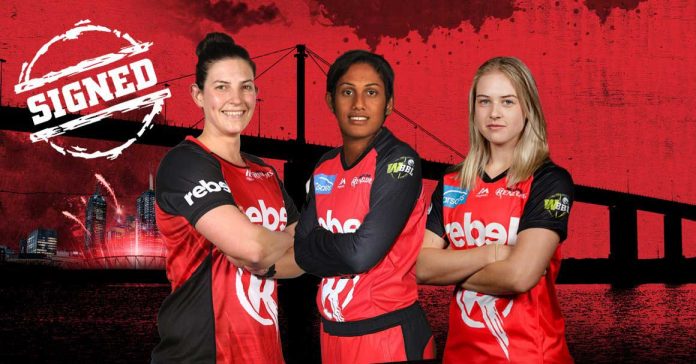 Earlier this year Atapattu became the 1st Sri Lankan woman to sign a contract with a franchise based T20 League when she was recruited by Kia Super League Franchise the Yorkshire Diamonds.

She had an up and down series with the Diamonds with her best performance coming in the game against Loughborough Lightning where she made 66 not out to guide her team to a 17-run win.

Atapattu has been the mainstay in Sri Lanka’s batting order for the past few years and made headlines during the recently concluded Women’s World Cup in England when she smashed defending champions Australia to all parts during an unbeaten knock of 178. It is perhaps this knock that brought her to the attention of the Melbourne based franchise after which she expressed that it would be a dream to sign for a WBBL franchise.

She is currently the only Sri Lankan Women’s cricketer to be signed up by a global T20 league.