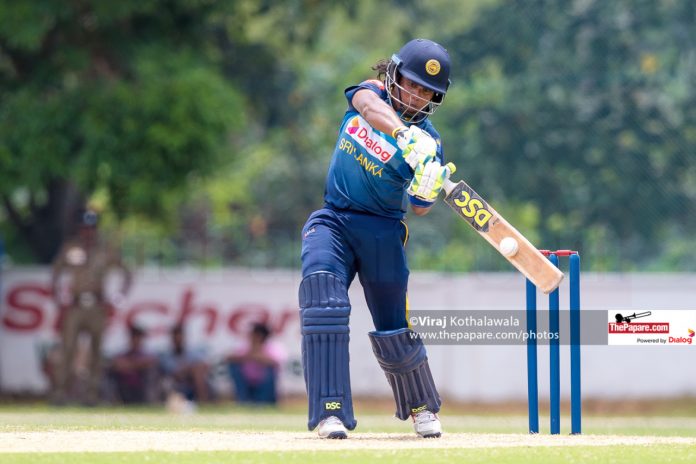 Atapattu was previously a part of the Yorkshire Diamonds in the 2017 and 2018 editions of the Kia Super League.

Atapattu will be the third overseas player for the franchise alongside Hayley Mathews of West Indies and Mignon du Preez of South Africa. She is also the fourth Asian to take part in this edition of the tournament, along with the Indian trio, Smriti Mandhana, Deepti Sharma and Jemimah Rodrigues.

Her previous outings at the tournament haven’t been very impressive. She scored 85 runs in 7 outings for the Diamonds last year.

She will be representing the Lightnings for the first time this year.

“I’m really excited to have Chamari in our squad this summer. She is an explosive player with plenty of talent and will complement the other batters we have in our top order. She has played in the KSL before and has performed well against us in the past, so it is great to have her on our side.” The franchise quoted their head coach Rob Taylor.

Kia Super League is an England based women’s franchise tournament and its latest edition will kick-off on the 6th of August this year.