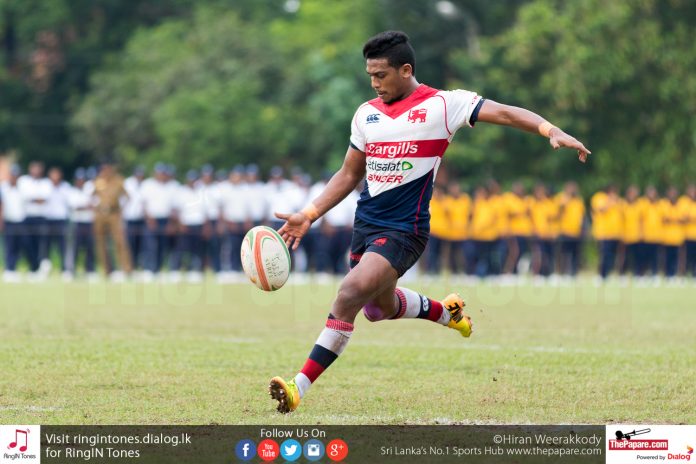 Underdogs CH &FC made another crucial signing ahead of the Dialog Club Rugby League 2019/20, recruiting Arshad Jamaldeen, the Kandy Sports Club utility back who filled the #10 and #15 positions in the absence of the legendary Fazil Marija and Thilina Wijesinghe.

Hailing from Royal College, Jamaldeen led the 2012 Royal Rugby team to a decent position in the Schools’ Rugby League and ended his run as the highest points scorer, accumulating 148 points that season. He brings to the table numerous advantages, with his ball handling, defensive and kicking abilities.

Read More: From Player to Coach, Marija takes over at Kandy SC


After finishing his school rugby career, Jamaldeen made it into the club rugby arena after joining Police Sports Club. After representing the Cops for 2 seasons, Jamaldeen moved to the Hill Capital to play alongside the stars of the Champion side, Kandy SC in 2015.

With a few star players vying for the full back and fly half jerseys, Jamaldeen has found it hard to break into the team and establish himself as a permanent member of the starting XV.

However, Jamaldeen will now play a pivotal role in the CH outfit as he teams up with Samuel Maduwantha and Rohitha Rajapakshe in the back line. Whether Jamaldeen will play at first five-eighth or move to Full-back is yet to be decided. But, things are shaping up well for the Gymkhana club as Coach Nihal ‘Viper’ Gunarathna now has the luxury to experiment with many options at his disposal.

Stay logged on to ThePapare.com for the latest rugby news.

Rizah Mubarak back to where it all started