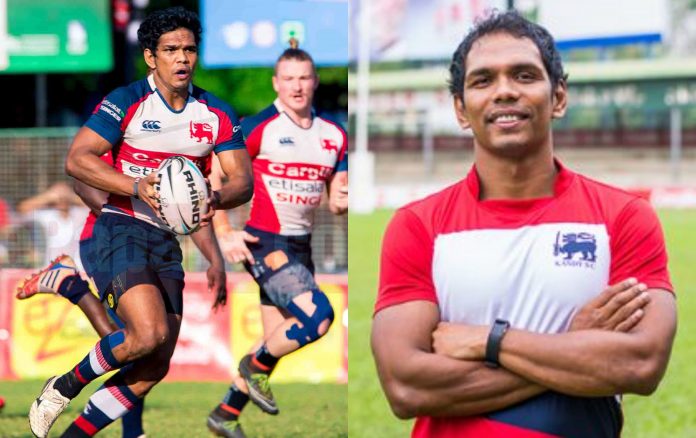 Although still in his thirties, Fazil Marija is considered a Sri Lankan Rugby legend, for his remarkable career as a first five eighth for Kingswood, Kandy SC and Sri Lanka.

Just after hanging his boots, Marija took up coaching and it was a no-brainer for him to choose his former home-town club that gave him so much – giving back to the sport, the then ‘newly’ appointed Assistant Coach for Kandy SC in 2018/19 soon became the Lines coach of the Junior National Rugby team 2018 and is the current Sri Lanka XV’s Backs coach for this year.

Read More : Marija and Prashantha in the Coaching Department!

However, after assisting 5-time (consecutive) championship winning Coach Sean Wijesinghe, who recently moved to Canada, Marija has moved one step up the ladder and will now head the coaching department of the defending champions, Kandy SC.

There are quite a few pros that follow his appointment; the strong Player-Coach relationship, better understanding and his experience are a few. With his 15-year run representing the country and 20 odd year old Rugby career, Marija is one of the most respected men in Kandy. And in a training environment of that sort, where the boys wouldn’t dare let their former Skipper down – the likelihood of Kandy SC defending their title for the 6th time running seem quite high.

This will be the 34-year-old’s first stint as a ‘Head-coach’ of a team and it’s definitely the best team he could ask for. Sharing his thoughts with ThePapare.com, Marija stated the following,

“It’s a big responsibility in my hands, I’m hoping to continue what Sean Wijesinghe did for Kandy Sports Club and keep the winning spirit”

On the other hand, Viraj Prasanna, the former Sri Lanka and CR & FC Hooker, who is vastly experienced in the coaching field and has prior success, has had his fair share of ups and downs, coaching teams of all kinds. After having a successful run with CH & FC last year, Prasanna was recruited by SLR and currently works alongside Marija as the forwards coach of the National XV’s team. It has been confirmed that he will join hands with Marija to groom the forwards of Kandy SC for the 2019/20 Dialog Rugby League.

Stay logged on to ThePapare.com for the latest news and updates

TMO to come into play in the 2nd Round!

From Player to Coach, Marija takes over at Kandy SC

The fight for promotion starts Saturday

Video – A Journey through time | S. Thomas’ vs Isipathana