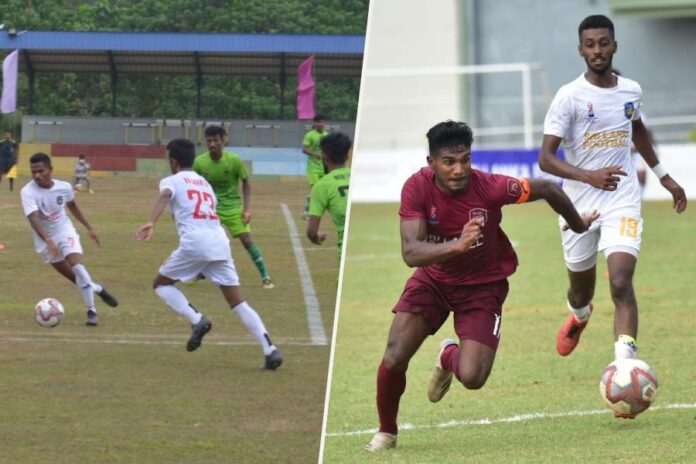 Sabaragamuwa opened the scoring with Captain Mohamed Shifan assisting with a free kick for Mohamed Rasan to score in the 17th minute. Continuing his fantastic form, Shifan then produced a goal of the tournament contender when he expertly lobbed the ball over Amitha Dissanayake, while on the run, in 45+1st minute.

The 2nd half saw Central having most of the possession, but they were unable to create any significant chances. Shifan, on a couple of occasions, created chances which were wasted, while Sabaragamuwa had a goal disallowed for off-side deep into injury time.

Mariyathas Nitharshan came off the bench to score twice to draw 2-2 against Wayamba Rajarata at the Kotawila Sports Complex in Matara.

After a goalless first half, it was the inform Nitharshan coming on in the 46th minute, who made it 1-0 for North in the 57th minute. T. Clinton’s own goal in the 78th minute gave some life to Rajarata before M.N.N. Mohamed took a dramatic lead in the 83rd minute.

However, Nitharshan’s goal in the 90+2nd minute secured a draw and the undefeated streak for North.