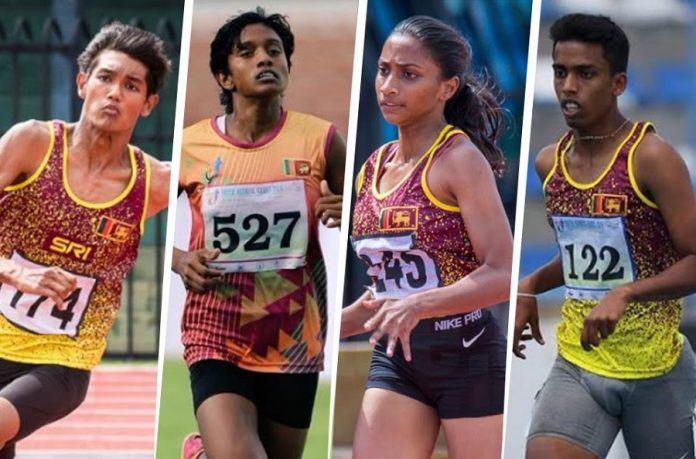 Four junior track and field athletes will be some of Sri Lanka’s leading medal prospects at the Buenos Aires 2018 Youth Olympic Games (YOG) which will be held from the 6th to the 18th October 2018 in the Argentinian capital with the track and field events lined up from the 11th to 17th.

Here’s a look at the Sri Lankan track and field contingent to the YOG and a look at their best current performances. 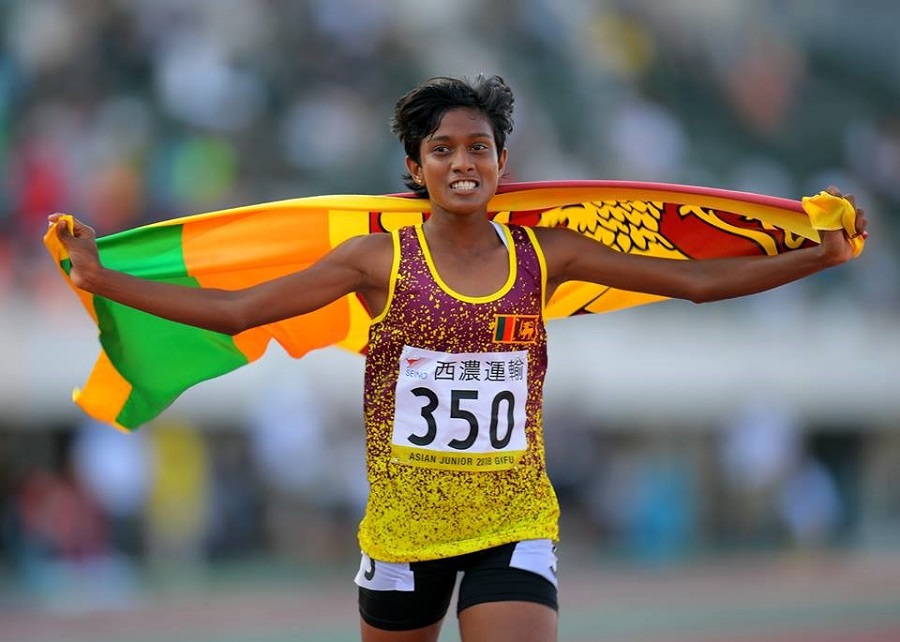 The 16-year-old steeple chaser from Kuliyapitiya Central College, Parami Wasanthi  Maristella who is Sri Lanka’s main medal prospect at the games will compete in the 2000m Steeple chase and has been in terrific form in the run up to the event. Junior Asian 3000m steeple chase Champion, Parami won the Asian qualification round which was held in Bangkok clocking 6:35.20 in the 2000m Steeple chase which placed her at the top of the Junior World rankings at the time in the event. Currently the youngster is placed third behind a Kenyan and an Ethiopian athlete respectively.

Parami continued to impress as she won the 15 Km road race of the All Island School Games in early September and followed it up with a perfect show in the Ritzbury Sir John Tarbet (Senior) Athletic Championship where she created two new meet records in the Under 18 2000m Steeple chase and Under 18 3000m finals.  In the 2000m Steeple chase, she clocked her second personal best time at 6:37.90 in an isolated run with no competition. In the 3000m she was again head and shoulders above the rest as she managed to clock the 5th best time ever to be recorded in the country, at 9:58.3 mins. Her terrific performance earned her the Best Girls Athlete award at Senior Tarbet.

Parami Wasanthi shared her story with ThePapare.com after returning home from the Asian Junior Athletic Championship 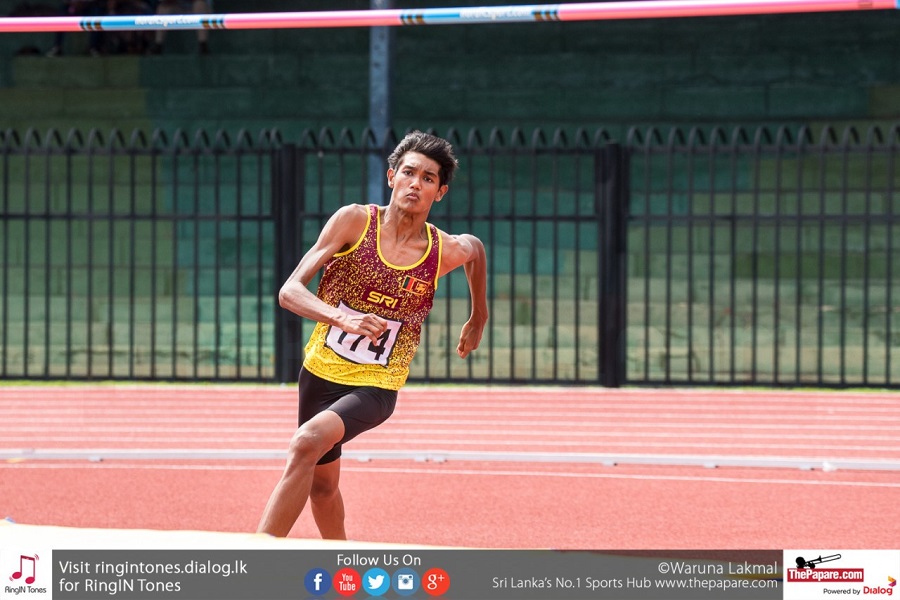 Royalist High Jumper Seniru Amarasinghe earned qualification for the YOG with a personal best 2.14m jump at the YOG Asian qualification which held in Bangkok earlier this year.  The lanky jumper who won silver at the Junior South Asian games earlier this year established a new meet record at the recently concluded Ritzbury Sir John Tarbet (Senior) Athletic Championship 2018 where he cleared a height of 2.10m which earned him the accolade of ‘The Best Boys’ Athlete’.

Seniru is currently ranked 4th in the World Under 18 rankings for his personal best jump in Bangkok and will be looking to break into the top three at the games. 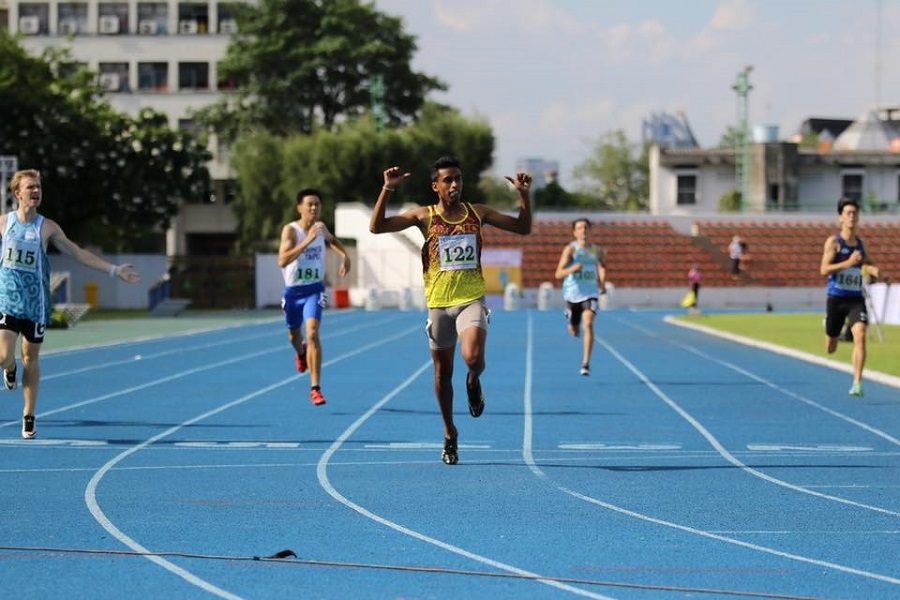 Quarter miler Dilan Bogoda of Sir John Kothalawala MV earned qualification for the YOG winning the 400m final at the Asian qualification round in Bangkok where he clocked 48.58secs. At the recently concluded Ritzbury Sir John Tarbet (Senior) Athletic Championship, Dilan ran a personal best time of 48.23secs which earned him the award for ‘The best 400m runner at the meet’ and he will be hoping to further improve his time and qualify for the final stages of the competition at the YOG. 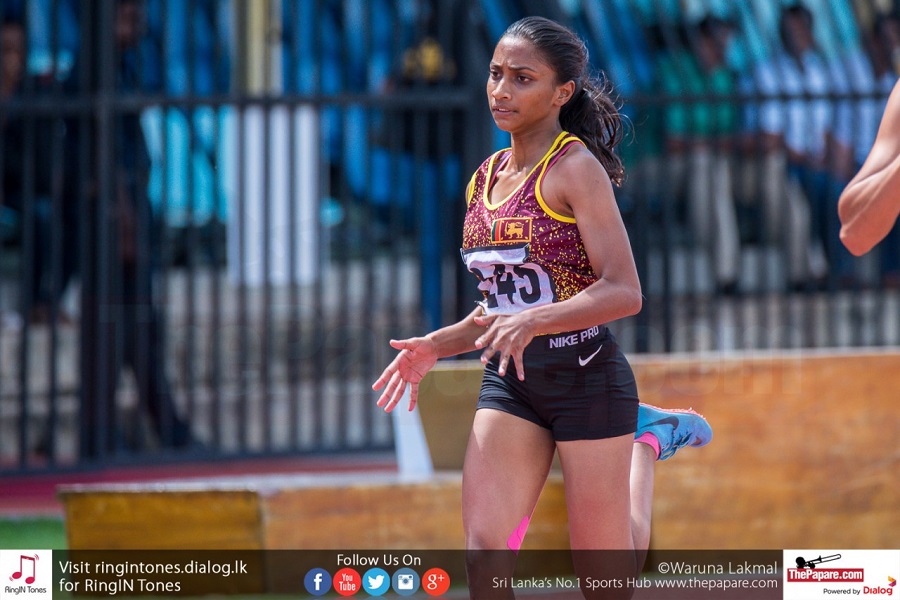 The upcoming sprinter from Gateway College Colombo, Shelinda Jansen secured the fourth and final allocated spot for the Asian region finishing fourth at the qualifiers where she clocked 25.50secs. Bronze medalist at the South Asian Junior Athletic Championship, Shelinda holds a personal best of 24.98secs but was hampered by a hamstring injury that affected her time at the Asian Qualification round. The youngster looked back in good form as she clocked 25.52 at the Senior Tarbet and will be aiming to qualify for the final at the YOG.

Visit www.ThePapare.com/athletics to receive updates on the Sri Lankan track and field contingent who will be vying for glory at the Youth Olympic Games in Buenos Aires.