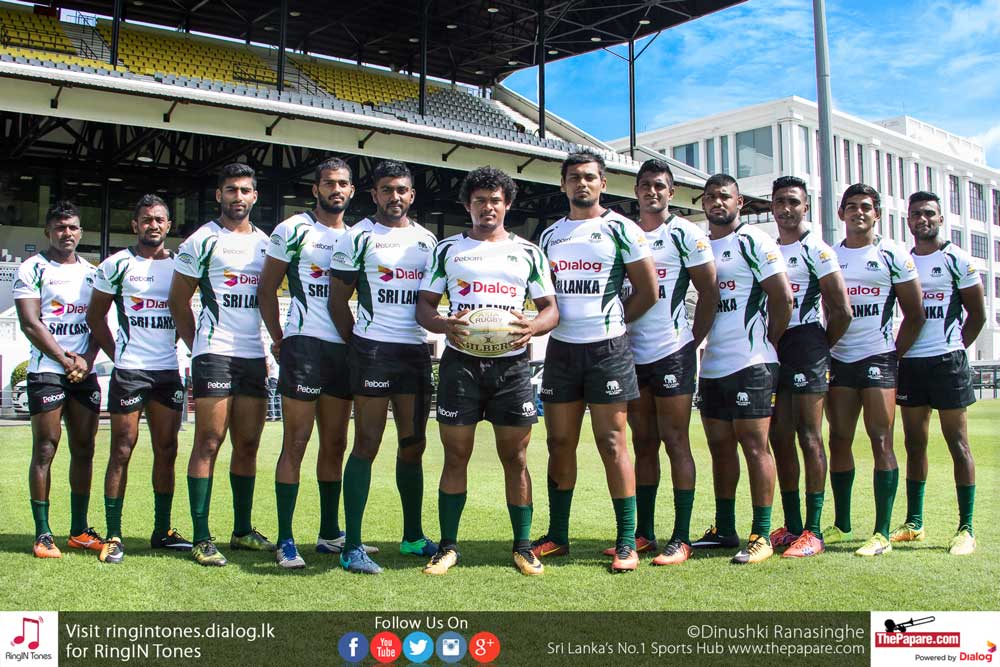 A Rugby Sevens World Cup qualification is at stake as the Tuskers take flight for Hong Kong ahead of the 1st leg of the Asia Sevens Series and skipper Sudarshana Muthuthanthri is set to lead a team that could change the magnitude of rugby sevens in the country.

The upcoming Asia Sevens series will be the Asian qualifier for the Rugby Sevens World Cup that will kick off in San Francisco next year and there will be two qualifying positions from Asia that would be going out to the two teams that will finish top in this year’s three-legged Asia Sevens Series.

The national team who is currently in Hong Kong for the first leg will be eyeing a podium finish this weekend having finished second in last year’s leg. The team led by Danushka Ranjan were placed second last year going down only to hosts Hong Kong in the final.

Sri Lanka finished second overall last year after making two cup finals but the scope of the tournament has intensified with Japan fielding in their first side alongside the Asian contenders Hong Kong and South Korea.

“Japan will be bringing their top side. Physically and mentally they’ll be strong and it will be a good challenge to our guys and we are getting them mentally ready.” Added the national coach Peter Woods speaking on the intensity of the competition that awaits the Tuskers.

This will be Peter Woods’s first assignment in the Asian circuit since he took up the post last year succeeding the shoes of Matthew Turner and it will be a challenge for the New Zealander as to what he has in store when it comes to the big names such as Japan and Hong Kong in the Asian circuit.

The new look Sri Lanka doesn’t have the talent of their experienced veterans; forcing them to compile a young team with a few experienced campaigners.

The 27-year-old stalwart from the Park club, Sudarshana Muthuthanthtri will have a tough task with regular players of the calibre of Danushka Ranjan, Srinath Sooriyabandara, Fazil Marija & Anrudhdha Wilwara not making the team.

Sri Lanka will be fielding four new faces in the national jersey at the 1st leg of the Asia Sevens Series..

However, the team has its balance with the experienced Jason Dissanayake, Kavindu Perera and Danush Dayan in terms of experience while Omalka Gunarathane, Tarinda Ratwatte & Kevin Dixon bring in their flair to the side.

Sri Lanka experiments four new national caps in this upcoming tour; Buddhima Piyarathane, Sudam Sooriyarachchi, Samith Dananjaya & Naveen Henakankanamage. Despite the four of them touring in Sri Lanka national colours for the first time, they have had a successful local sevens campaign this year.

Both Buddhima Piyarathane and Naveen Henakankanamage will find the playing field of Kings Park quite familiar having played the Under 20 Sevens earlier.

It will be important that the team bonds together ahead of the 1st leg as Sri Lanka have a lot at stake in the upcoming fixture. A good start in the 1st leg will guarantee that the Tuskers will be on the front seat for remainder of the series as it progresses to South Korea and later Sri Lanka.

“Definitely excited to take part in it and we know we have to come top in Asia to do that. I hope we can achieve that coming top two this year” added Sudarshana Muthuthanthri who believes that there is hope for the side to get to the goal.