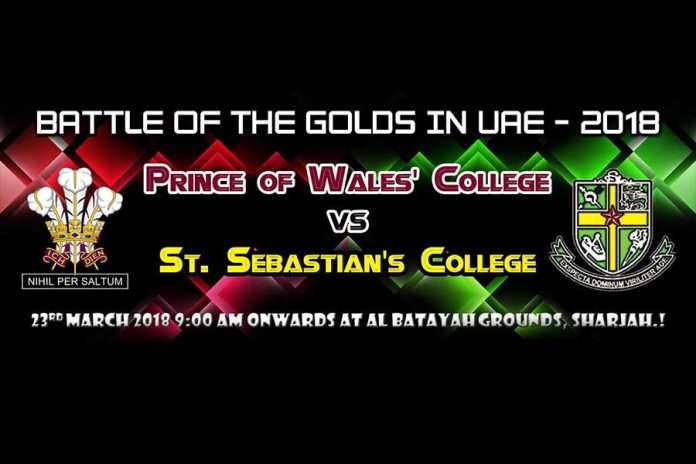 The 5th Battle of the Gold’s in the UAE, a T20 cricket match between the old boys of the two prestigious colleges in Moratuwa, Prince of Wales and St Sebastian’s who are living and employed in United Arab Emirates will be worked off at  Al Batayah Grounds, Sharjah on 23rd March 2018 (Friday).

The inaugural old Boys Big Match in the UAE was played in  2014 with the Old Cambrians winning the match  with a  crushing 103 runs over SEBS in UAE, However, the SEBS in the UAE have managed to win the last 3 encouters leading the series 3 to 1.

This years Old Cambrians team will be captained by Chamara Fernando  and his deputy will be Dilan Abeyweera. SEBS in UAE will be led by Suneth Mendis  with Ryan Mario as deputy.
A over 40 match is also scheduled on same day for the 3rd time and a Ladies match between the wives of the old boys of the two schools is also scheduled this year for the first time to make this a family event.

This year the Old Cambrians are eager to win the match after 03 consecutive defeats while the Sebastians will be eying their 4th consecutive win in the series. 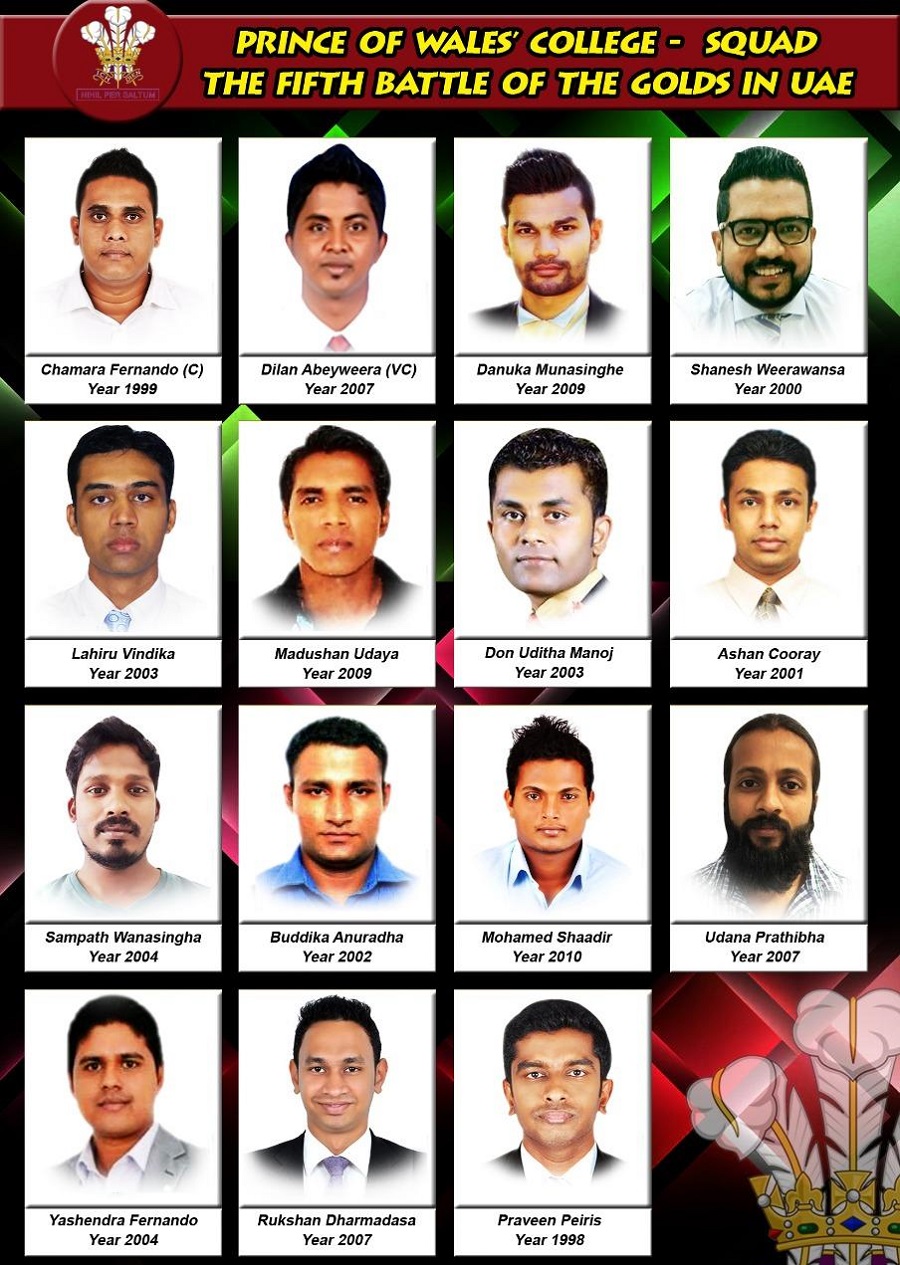 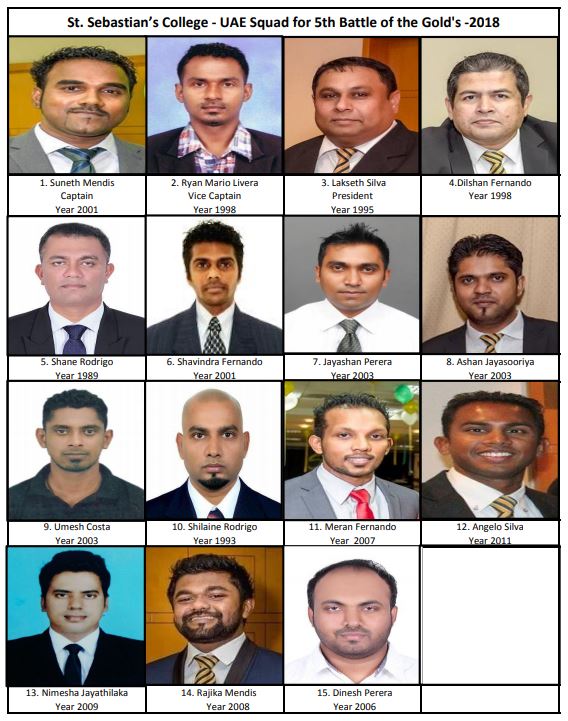 Cambrians and Sebastianites face-off in UAE

3rd Battle of the Brothers between Isipthana and Thurstan this Friday

March Madness in Qatar: 4th Battle of the Golds this Friday