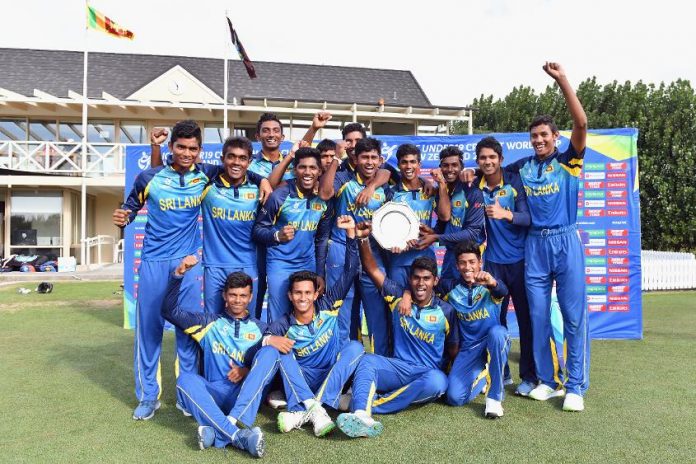 Hasitha Boyagoda continued his brilliant run with the bat, scoring yet another ton (116 off 124) in the ICC Under 19 World Cup to take Sri Lanka to the Plate Championship. A batting collapse saw the Lankans take it to the final over to secure the win by 3 wickets (2 balls to spare) against the West Indies U19s.

After winning the toss and sending the Windies into bat, the Sri Lankan youngsters did not get the start they were looking for as the opening pair put on a half century partnership.

Keagan Simmons and Bhaskar Yadram put on 53 runs for the opening stand but Praveen Jayawickrama answered the call of captain Kamindu Mendis as he was the man to break the stand, dismissing Yadram for a brisk 20 ball 31.

Soon after Jayawickrama doubled his wicket tally in the game, and when Nipun Malinga dismissed Simmons for a steady 24 off 34 balls, West Indies seemed to be in a spot of bother at 63 for 3.

Alick Athanaze stood up when the chips were down, making a superlative, run-a-ball 110 (5 fours, 2 sixes).

Athanaze remained unbeaten as he went on to finish the Windies innings on a high alongside Brad Barness who finished with a 36 ball 37, taking the team total to 254 for the loss of 5 wickets in their allotted 50 overs.

Jayawickrama and Malinga finished with two wickets each while Thisaru Rashmika managed a single wicket to his name.

Chasing the modest target, Sri Lanka got off to the best start possible as the opening pair of Dhananjaya Lakshan and Hasitha Boyagoda put on a double century stand. 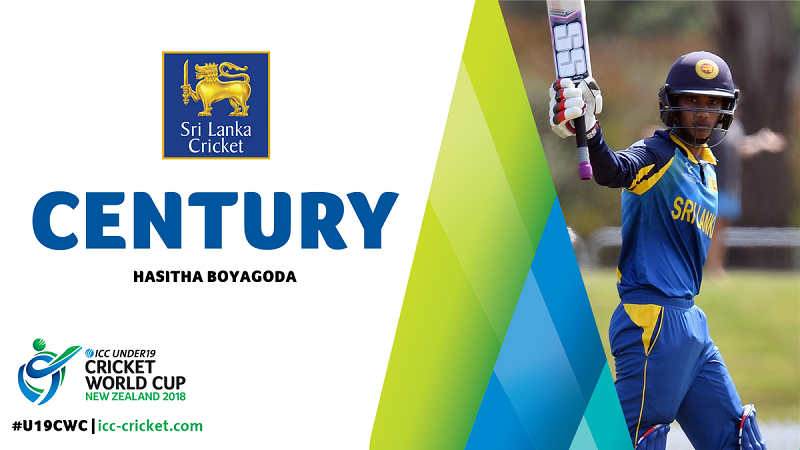 Boyagoda impressed yet again with the bat, this time notching up 116 off 124 balls with 17 fours and a solitary six.

The opener from Trinity College was the first to depart as Lakshan followed suit soon after for 98, missing out on a valiant century by two runs.

From then on, the West Indies young guns took control, reducing Sri Lanka to 237 for 6 after being 218 for 1.

Nuwanidu Fernando was the only other batsman to get into double figures, as a valuable 14 from the tail-ender took the Lankans towards the finish line. 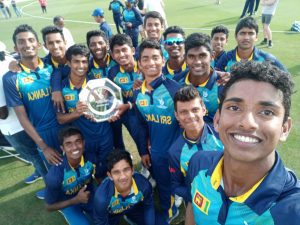 Fernando was dismissed with the Sri Lankans requiring a further 6 runs to win the Plate Final.

Hareen Buddila and Rashmika got together, taking it down to 1 run off 6 balls, taking the game into the final over.

Buddila took four balls and pinched a single to win the game and hand Sri Lanka the Plate title at the ICC Under 19 World Cup.