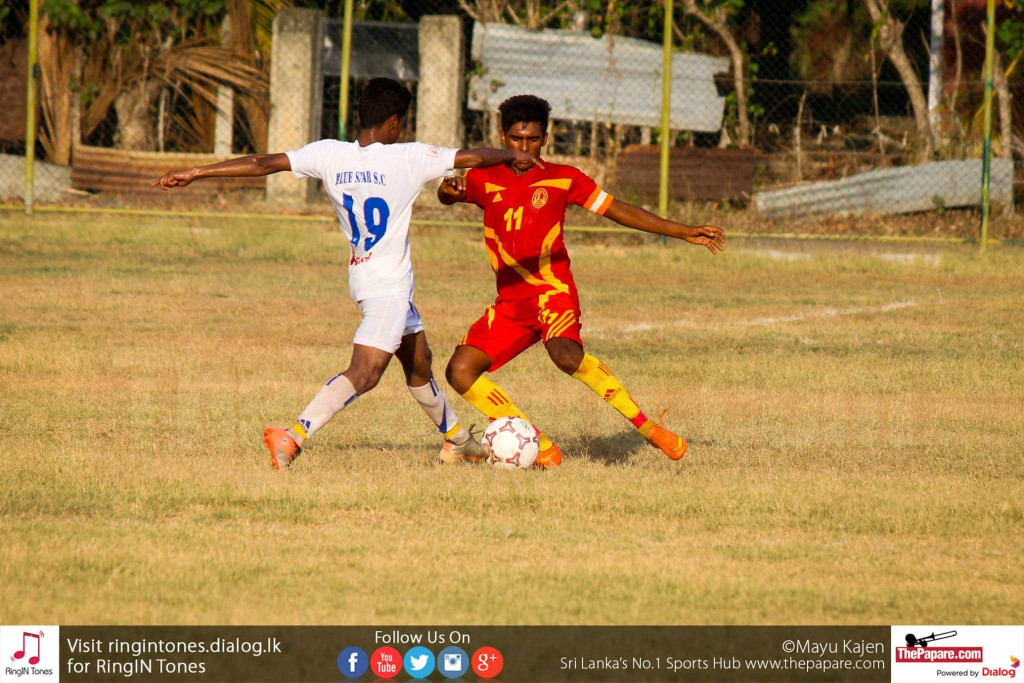 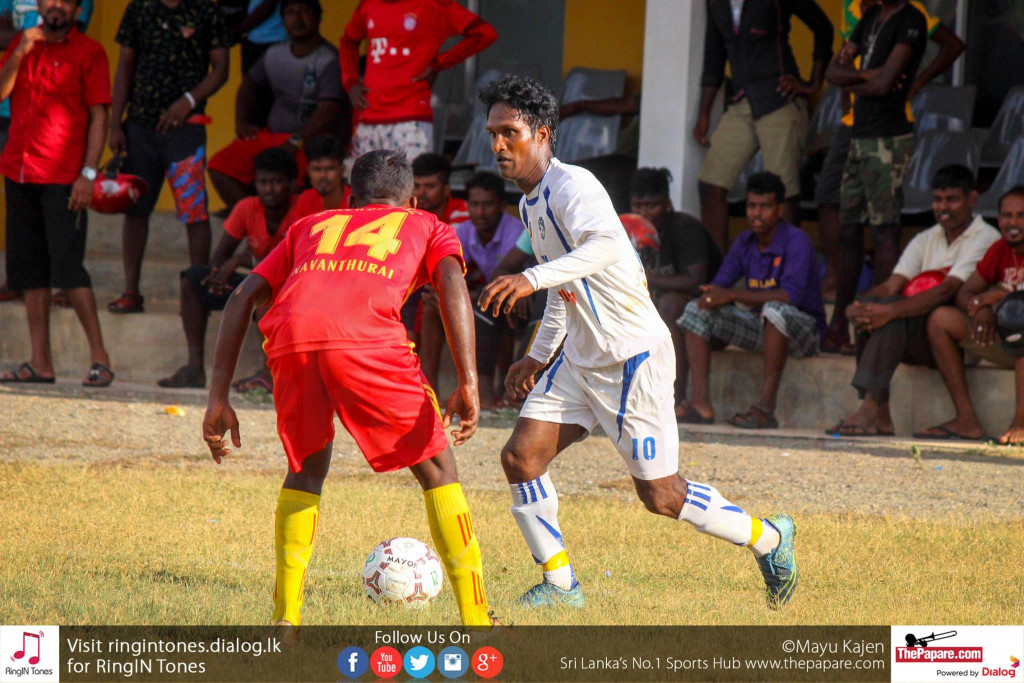 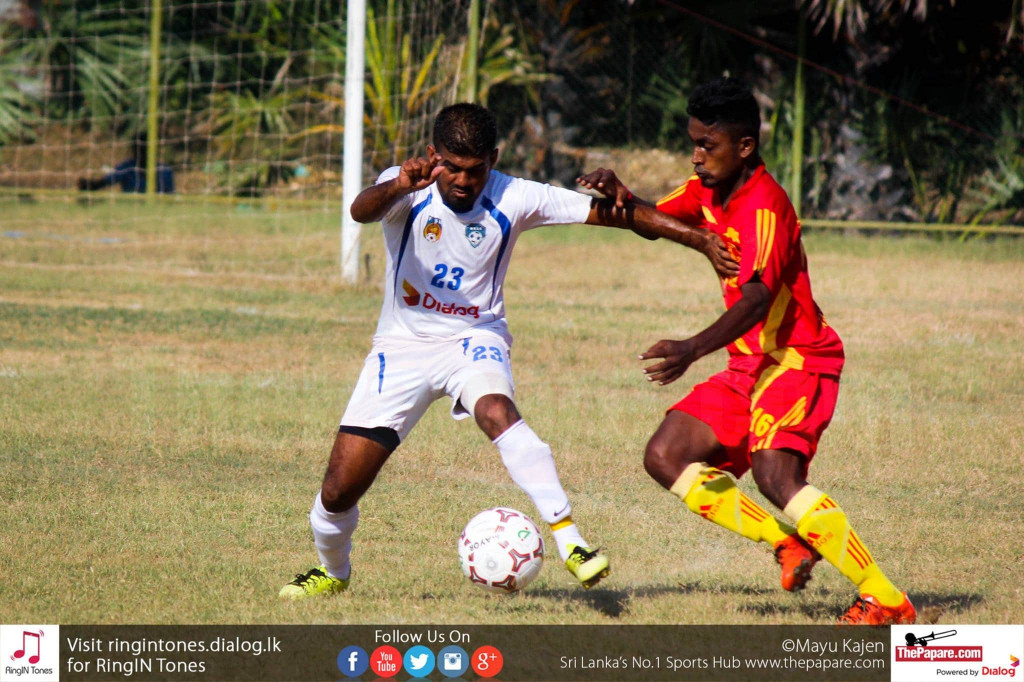 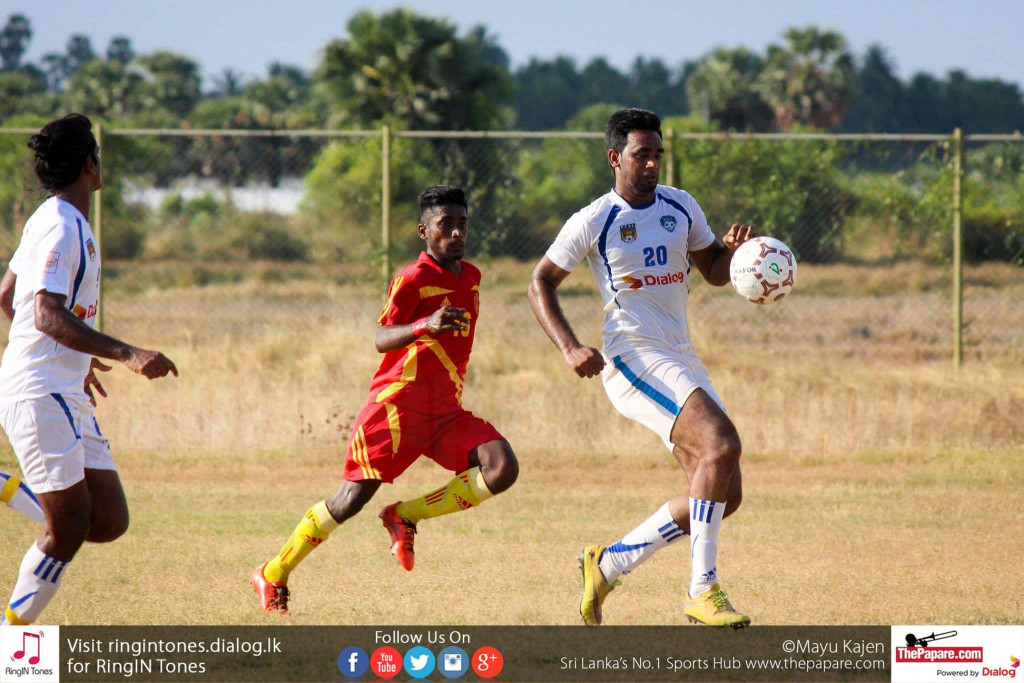 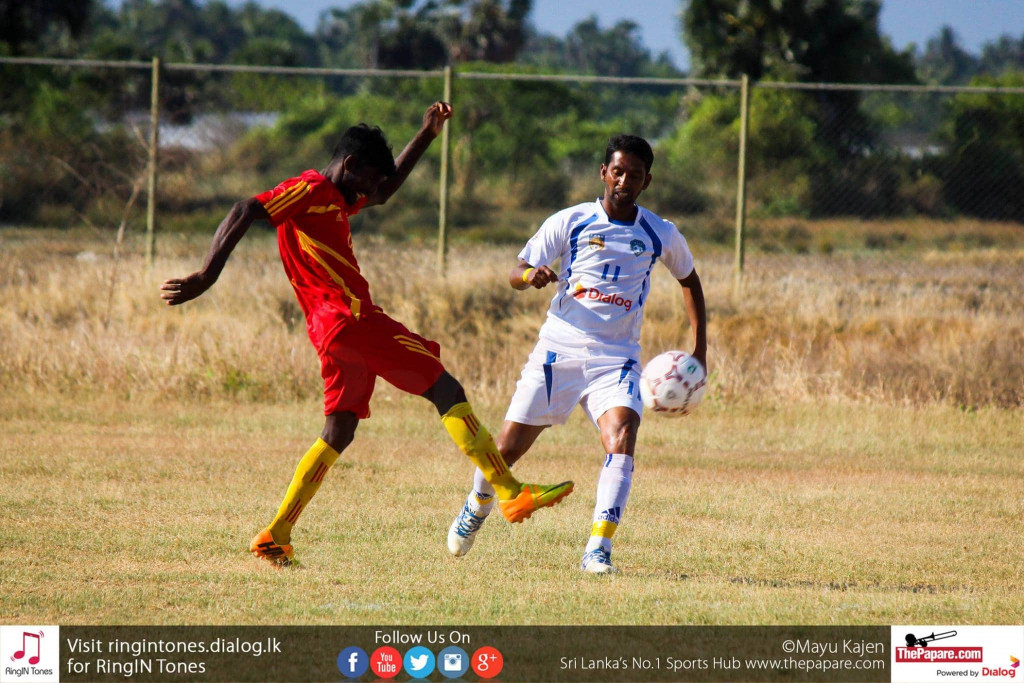 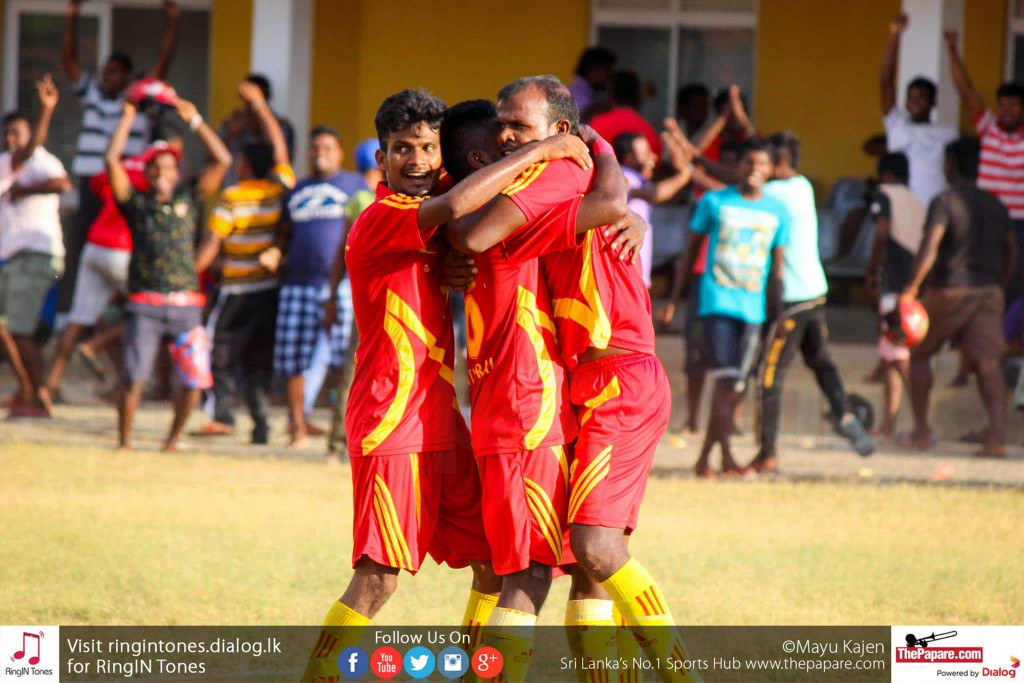 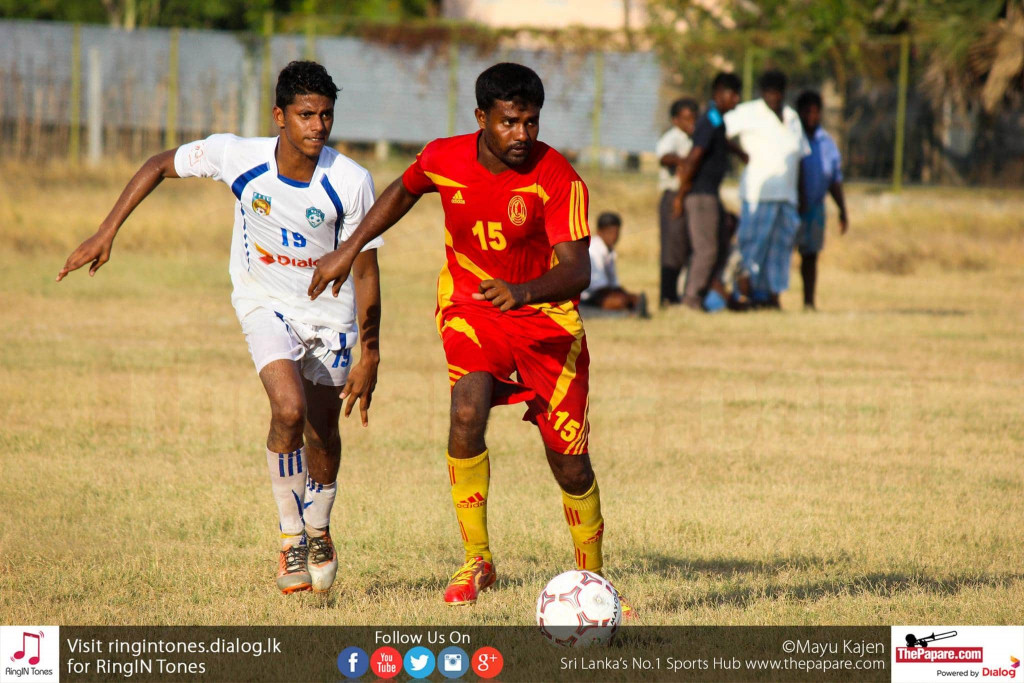 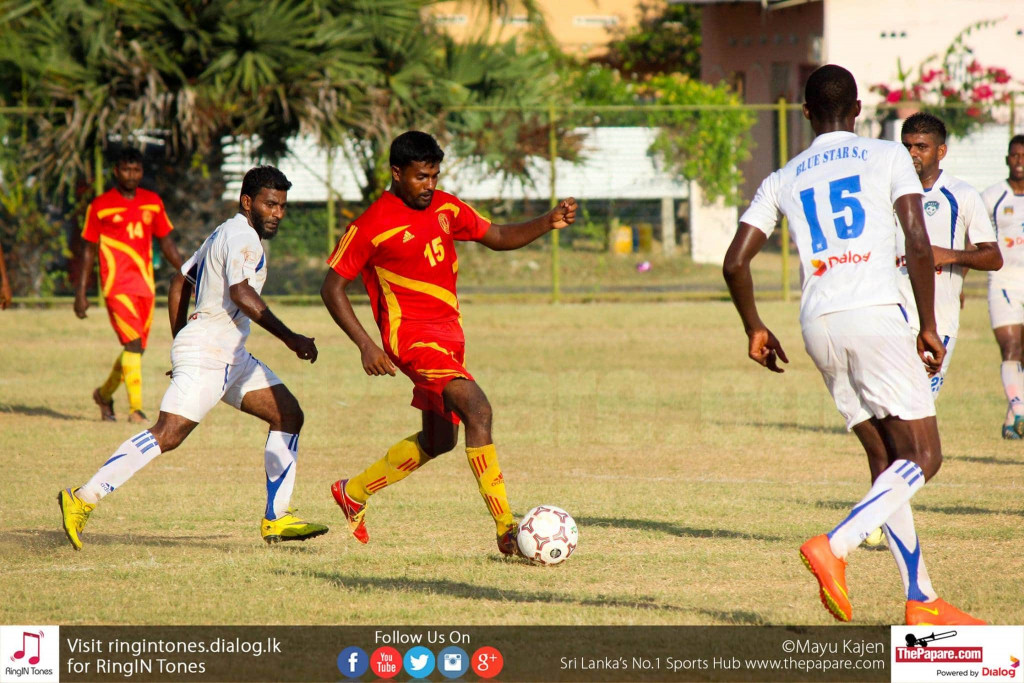 St.Nicholas’ had to work their way from the qualifying round. Though their first two encounters were close, the next three were comfortable while another close one ensured against the strong Young Henricans SC in the 6th round. Last two year’s FA Cup finalists Blue Star were just entering into this year’s competition hoping to go one step closer.

From the first whistle Blue Star SC had the control of the match, even though St.Nicholas’ also was looking great after the half time but they couldn’t taste a victory.

Blue Star SC had good positioning tactics and passing skills that helped them keep the ball at their feet for a longer time during the game.

Both teams played really well and with the help of the two goal-keepers great effort they didn’t give any chances to each other; Even though Blue Star SC had a better pass and bagged their first goal of the match in the 35th minute through Mohamid Farzeen.

However, before the end of half time St.Nicholas’ too has many goal opportunities, but with their bad passing and kicks they lost their chance to get the goals and frustrated their fans at their home ground.

At the end of the first half the score was 1-0 and St.Nicholas’ seemed frustrated with the tricky play and passing of Blue Star SC.

After the half time both teams looked fresher and energetic, with the second half whistle St.Nicholas’ SC showed intention to get a goal and their hard work gave a fantastic goal for with defender V.Rathees scoring in the 54th minute.

The goal from St.Nicholas’ SC, shocked Blue Star and made them to play more forcefully. They played with full power to make their second goal to steady their level in the match.

Special skills were shown by Blue Star SC’s Mohamed Farzeen again which lead to their second goal in the 56th minute, with the goal hosts too seemed intent and played very aggressively but they couldn’t able to bag another goal.