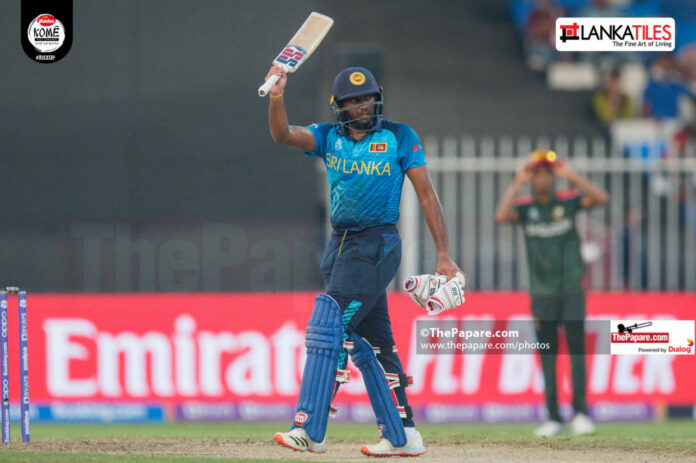 In a letter to the governing body, Rajapaksa has reportedly requested for an exemption from the upcoming fitness test for all national players scheduled for the 7th of January, considering the hectic schedule during the last six months, which ended on 23rd December with the Lanka Premier League.

The 30-year-old southpaw in his letter to SLC has requested to face the fitness test in March after completing the white-ball series against Zimbabwe, Australia and India.

According to the new benchmarks set for the 2km run and skin folds test, Rajapaksa would need to complete 2km run in 8 minutes and 10 seconds and have his skin-folds under 70 before he is available for selection for the upcoming three-match ODI series against Zimbabwe which starts on 16th January in Pallekelle. When the 2km test was introduced last year, the benchmark was set at 8 minutes and 35 seconds, while the skin folds mark stood at 85.

According to a media release by SLC, Rajapakse has also cited family obligations as a reason for his retirement.*

“I have very carefully considered my position as a player, husband and am taking this decision looking forward to fatherhood and associated familial obligations,” he said in his letter of resignation.

*Information on SLC’s media release regarding Rajapakse’s retirement was added to this article post publication.