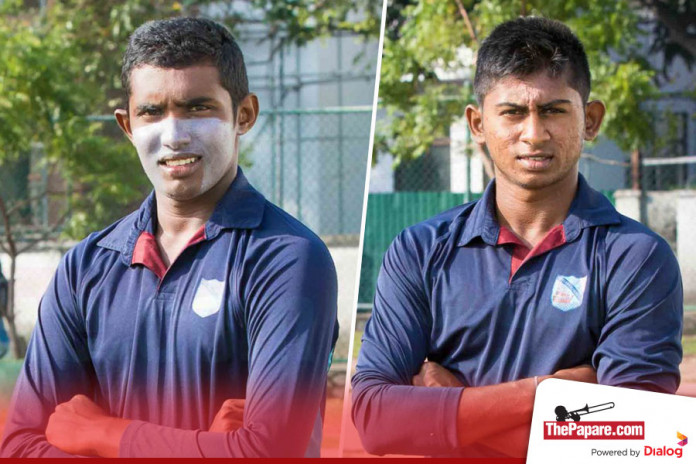 Richmond College overcame Mahanama College to move forward in their Singer-cup two day knockout tournament 2016/17 as they won first innings in the quarter-finals which worked off today at Aarons grounds Horana.

Richmond College skipper Kamindu Mendis won the toss and elected to bat first and they decided to declare the innings at 150 for 8 wickets in hope of a decision in the game. Right handed Kasun Tharaka and Avindu Theekshana made useful contributions with the bat for the lads from Galle, while Hashan Sandeepa did the major damage with ball as he picked up 3 wickets for Mahanama College.

Chasing a modest target of 151, Mahanama College accumulated only 83 as the left arm spinner Avindu Theekshana restricted the opponents with a superb bowling spell as he grabbed 6 scalps to secure a comfortable first innings win.

The Richmondites made a solid performance with the bat in the second innings as they posted 171 for 5 at close of play. Sri Lankan youth cap Kamindu Mendis anchored the innings with a superb ton as he was unbeaten on 111, while Ravishka Wijesiri made a useful 29 to help the lads from Galle as they enter Semi-final stage in the competition.