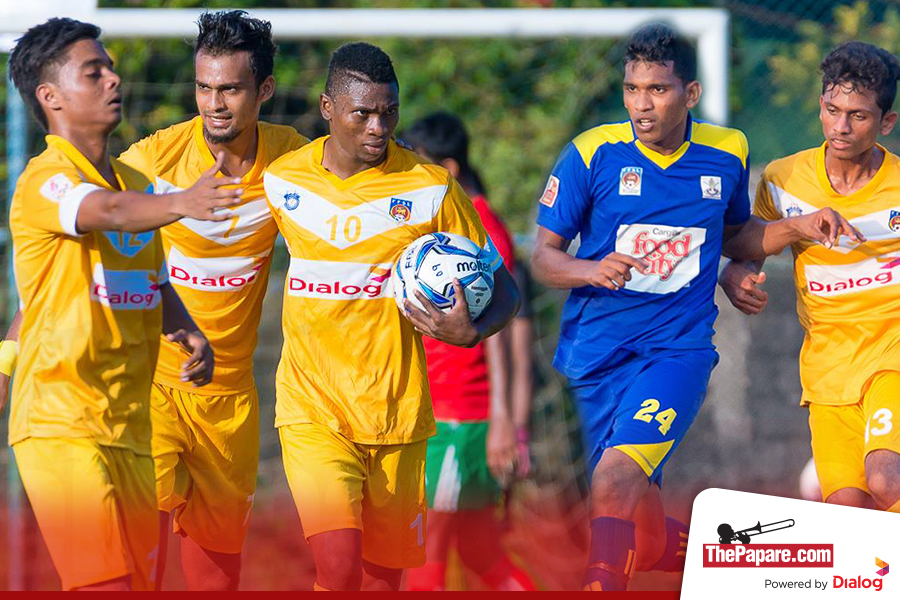 Renown SC has been awarded the win in their match against Army SC after the Competitions Committee found Army guilty of fielding an ineligible player in the 2016 Dialog Champions League Super 8 Week 3 encounter.

Army ran in comfortable 3-0 winners in the much hyped FA Cup final rematch where Renown showcased one of their worst performances in recent history.

However it was revealed that Army had fielded an ineligible player for the match. The player in question was Asikur Rahuman who had received two yellow cards in the two previous games which adds to a one match suspension.

Renown SC protested on the matter and the Competitions Committee took up the matter yesterday (18th Jan) afternoon and gave Army a further 24 hours, which ended at 5.00pm 19th Jan, to give explanation.

According to the rules and regulations of the Dialog Champions League the Competitions Committee headed by Air Commodore Saman Kottage had punished Army SC by reversing the decision.

“The committee decided to reverse the results and award Renown SC a 3-0 win,” Rahmy Mohamed said exclusively to ThePapare.com.

“The committee further suspended the player (Asikur Rahuman) for three matches and severely warned the manager of Army SC,” he went onto say.

The decision leaves Army with 4 points while Renown moves up the table with 6 points.