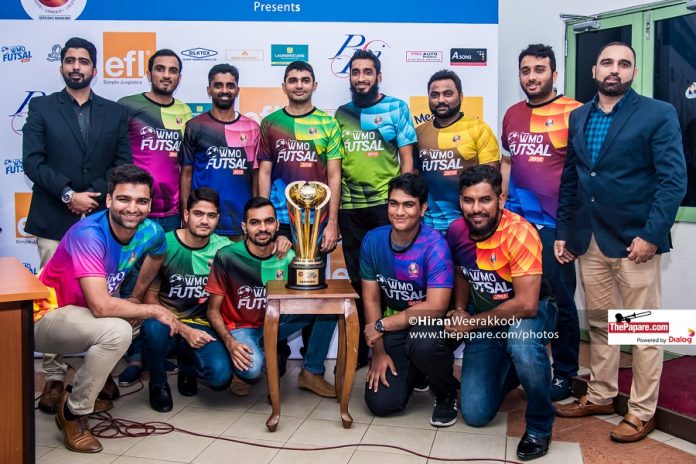 The 3rd Annual WMO (World Memon Organization) Futsal Championship 2018 is set to take place on the 2nd of December at the Futsal World, Maradana.

22 teams will battle it out (12 senior teams and 10 junior teams) for the WMO Futsal 2018 Championship, organized by the WMO Global Youth Wing Far East Chapter.

The draw took place at the Football House, with the 12 senior teams divided into 4 groups of 3. The draw results for the Senior Championship were as follows;

The junior draw took place with 2 groups of 3 and 1 group of 4, the draw results were;

Last year’s edition saw Gunners FC lift the Cup Championship after getting the luck of a Coin Toss against Futsal Amigos after both the final match and the following penalty shootout ended in a draw. Renegades meanwhile were crowned Plate Champions last year while Killer Cleats, not part of this year’s edition, took home the Junior Championship.

Team registrations have to be made between 8.00am – 8.20am on the 2nd of December 2018 by the team captain. Walkovers will be awarded if the team fails to register within the above time period.