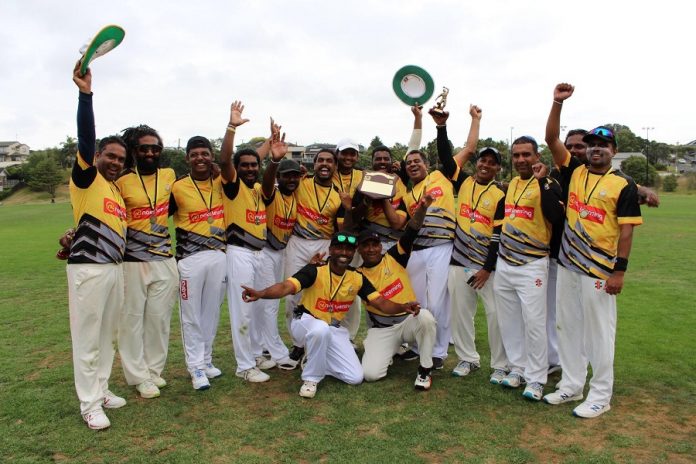 The 2nd edition of the battle of the Golds which was held in New Zealand on 1st of March, ended in favour of the DS Senanayake College securing the title for the first time.
Mahanama College won the toss and elected to field at Ellerslie ground, Auckland and piled on a mammoth 256 runs inside 40 overs, the maximum overs per innings. Dinesh de Silva and Suranga Godage scored half-centuries while Silva manufactured a blistering 86 to take Dons past 250.
In reply, Mahanama College’s team could only make 168 in the completed 40 overs for the loss of 9 wickets. Dilan Perera was the only one who succeeded with the bat for Mahanama as he made 50 off 58 balls. On the bowling front, Chaminda Alahakoon and Lahiru Wijewardena shared 3-wickets a piece.
Battle of the Golds rivalry set to kickoff in New Zealand
DS Senanayaka College won the contest by 88 runs and now the record stands 1-1 between DS-Mahanama Colleges as the inaugural battle of the Golds – New Zealand was won by Mahanama College in 2019

DS takes revenge in the battle of the golds- New Zealand