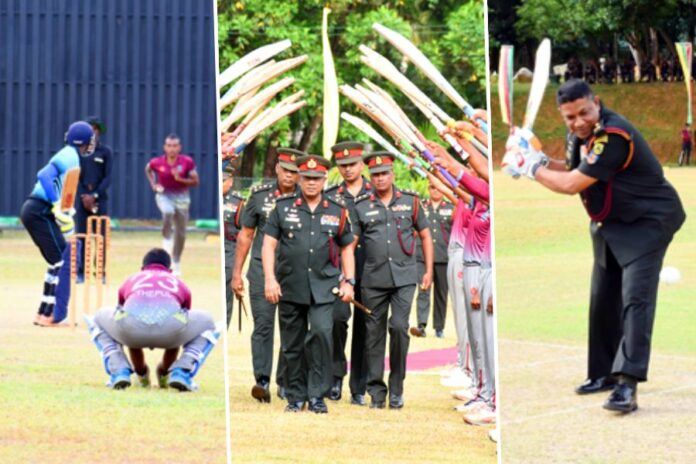 The Vijayabahu Infantry Regiment (VIR), the youngest and the one of the most elite infantry regiment in Sri Lanka Army, added more strength to their Boyagane Regimental Centre on 16 July 2022 by fortifying it with a turf wicket cricket ground of high standards, thanks to the efforts of the VIR’s Colonel of the Regiment, Officers and All Ranks.

The new cricket ground with four turfs and two side wickets can be made available to outside cricketers and clubs enabling them to conduct first class games and other national level tournaments if they so desire.

Soon after the opening, adding sportive sentiments to the occasion, Major General Nishantha Manage placed his signature on a specially customized cricket bat and a leather ball to engrave this remarkable event.