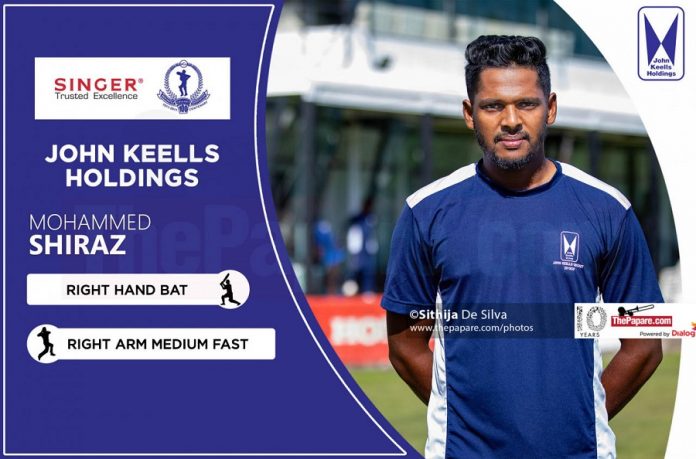 Two matches of the 27th Singer-MCA Premier League Knockout Tournament were worked off around the island today(10).

Kavindu Kulasekara top-scored for Hayleys with 34 runs while Lahiru Samarakoon made a useful unbeaten 31* low down the order.
Hasaranga ended with 64* not out in the run chase while he got good support from Madushanka (21*) as MAS got home in the 27th over of their innings.

Photos: John Keells Holdings Cricket Team Preview 2020
John Keells Holdings vs Sri Lanka U19
In a game reduced to 37 overs due to a wet outfield, the SL U19s put up a great effort on the field to restrict John Keells to just 182/9 with Lakshan Gamage, Naveen Fernando and Dunith Wellalage picking up two wickets apiece.
Bhanuka Rajapaksa’s golden run of form continued as he hit another half-century for JKH to guide them to a competitive total.

Mohommed Shiraz then delivered an outstanding spell of swing and seam bowling as he ripped out the SL U19 top order with a 4 wicket burst as they never recovered from the blows.
Shiraz ended with top figures of 4/14 as SL U19s reached 114/8 when play was stopped for bad light handing a 48 run win for JKH on the D/L method.