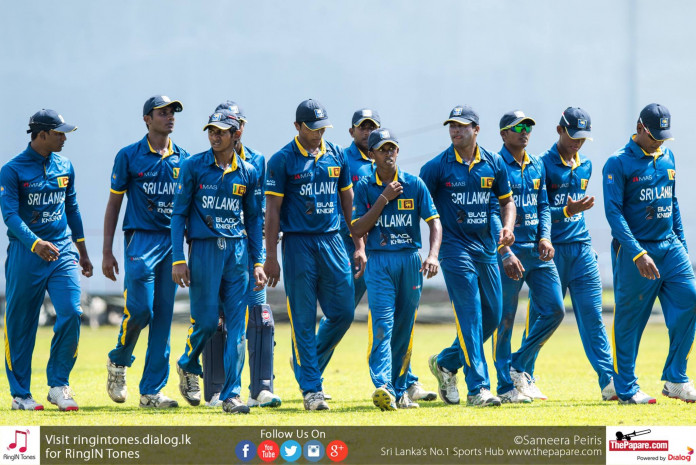 George Bartlett made an impressive 94 off 81 balls to lift the young Englishmen to 228 after they lost four early wickets after winning the toss and electing to bat first at the R.Premadasa Stadium in Colombo on Tuesday.
The Sri Lanka opening bowlers, Asitha Fernando and Malinga Amarasinghe made early in roads into the English batting line up as they reduced them to 36/4 by the 11th over. Callum Taylor then joined George Bartlett as they led the recovery with a 63 run partnership for the 5th wicket.
Another substantial partnership of 76 runs for the 6th wicket between Bartlett and Moores gave hope for the Englishmen to make a big score but a lower order collapse meant they were bundled out for 228 with two balls to spare in their innings.

Bartlett ended with a superb 94 which included 8 fours and 3 sixes while Ben Green made an useful 24* not out lower down the order. Left arm spinner Damitha Silva ended with top figures of 3/25 while Asitha and Malinga grabbed two wickets each before the heavens opened meaning there was no further play for the day.
The first game of the Tri Nation Under 19s tournament will be worked off on the 11th of December between England and India at the same venue with Sri Lanka being the third team.