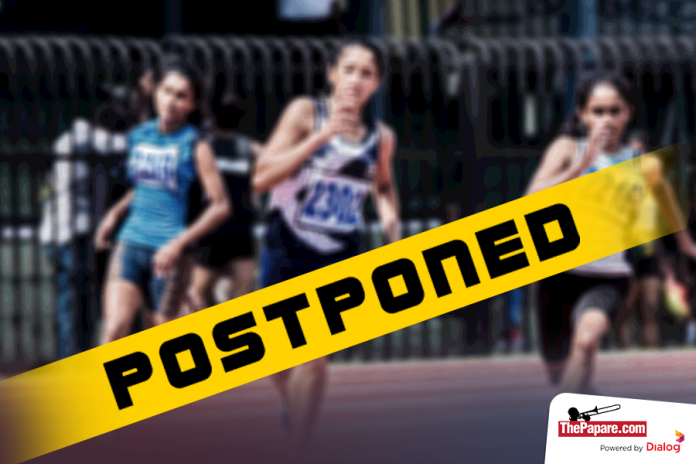 Athletic Association of Sri Lanka (AASL) has decided to postpone the 23rd Junior National Athletic Championship which was scheduled to be held from the 30th May to 02nd June due to the prevailing situation in the country.

The championship will now be held from 2nd to the 4th of September. Though it will not be ideal for the under 23 athletes who would have targeted this championship to try and notch up performances that would get the national selectors interested prior the many international competitions, the AASL was forced to postpone the championship with the current security situation of the country being unstable and most of the athletes not being able to go through their normal training routines due to the current predicament.

They were a bunch of juveniles, they did ………

The Junior Nationals is considered as the premier national competition for the junior athletes of the country & was set to be conducted as a preliminary trial to select the team for the Asian Junior Athletic Championship which will be held in Japan next year. The Sri Lankan junior team which participated at the last edition of the biannual Asian Junior Championship impressed, managing to accumulate he tcountry’s largest medal haul in the championship, winning 9 medals which included 3 Gold, 4 Silver and 2 Bronze medals.