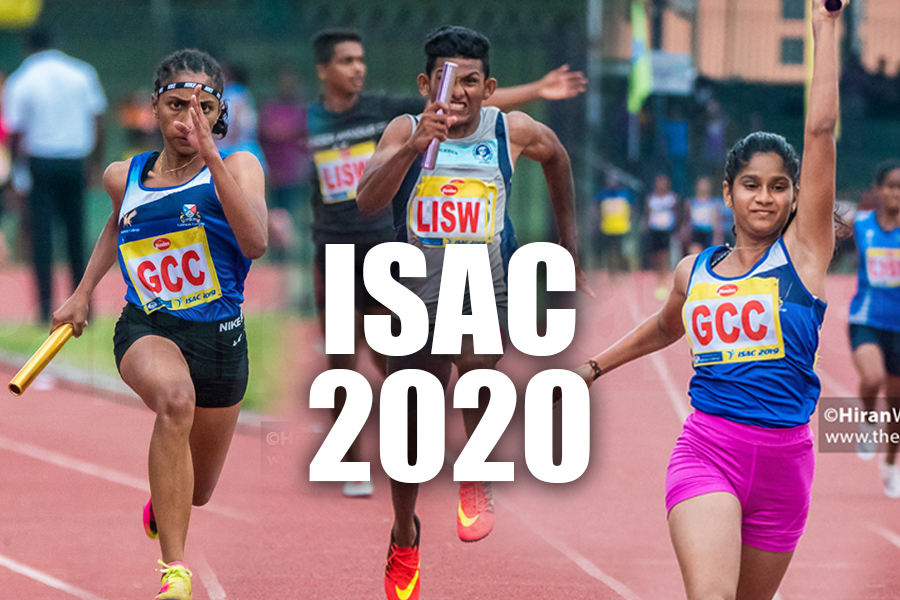 The prestigious International Schools’ Athletics Championship, more commonly known as ISAC, will come alive in its 20th edition from the 14th – 16th of February at the Sugathadasa Stadium.

A media conference to announce the ceremonial event was conducted by Gateway College, on the 5th of February at the SSC Old Pavillion hall. Many dignitaries graced the event including Chairman of Gateway Group Dr. Harsha Alles, Dr. Frank Jayasinghe the Founder President of TISSL and Mrs. Kumari Hapugalle Perera the Chairman of TISSL and many more.

The ISAC is conducted in accordance with the competition rules and regulations of both TISSL as well as the International Association of Athletic Federations (IAAF) and will include electronic timing and measurements.

The competition will see the participation of over 1600 athletes representing the 23-member institutions of TISSL, competing in 162 events across 5 age groups. They will be judged by 300 technical officials per the rules of the Amateur Athletic Association of Sri Lanka.

Gateway College will be carry out the duties of organizing the 20th edition with proud sponsors joining hands to make the event a success. Munchee will act as the main sponsors of the event while Pearson Edexcel will also be a part as a secondary sponsor.

In the 2019 edition, Lyceum International School, Wattala won the overall crown with 36 Golds and 84 total medals. Gateway College, Colombo came in at second with 24 Golds and 57 total medals.

The Gateway fraternity will enter this year’s competition as one team; Gateway Colombo, Gateway Kandy and Gateway Negombo will compete as one. Last year’s best female athlete and National sensation Shelinda Jansen will compete in her final ISAC along with Sadeepa Henderson for Gateway.

Mrs. Rohini Alles, the Managing Director of the Gateway Group will be the Chief Guest at the Opening ceremony which will be held the morning of the 15th Feb while Hon Dinesh Gunawaradena, Minister of Foreign relations, Skills Development, Employment, Labor Relations and Leader of the House of Parliament will grace the closing ceremony on the 16th.

Dr. Harsha Alles saidm ” Over the years, ISAC has become an important event that not only breeds talented athletes but also showcases junior athletes of international repute. There is no doubt that the event is of national significance. Since the inaugural competition, the standard of Athletics among International Schools has gradually advanced to an extent where several athletes have now reached national and international levels, providing much required competition at the highest levels. Athletes of the caliber of Shelinda Jansen, Sadeepa Henderson, Sachini Divyanjalee and Kavindu Bandara are a few such examples”.

The principal sponsor of the event are Pearson Edexcel and Ceylon Biscuits Ltd. Munchee, the flagship brand of Ceylon Biscuits has once again come forward  to support ISAC 2020. The event is also supported by Home Lands, The Hatton National Bank, DSI Samson Group, Airtel, How to Drive Driving School, Oxford University Press, Asiri Health and Gateway Graduate School and Accolade by Gateway.

The 2020 ISAC will commence on the 14th of February and will carry on till the 16th February at the Sugathadasa Stadium. ThePapare.com will be bringing you photos, videos, highlights and results, so keep it logged!