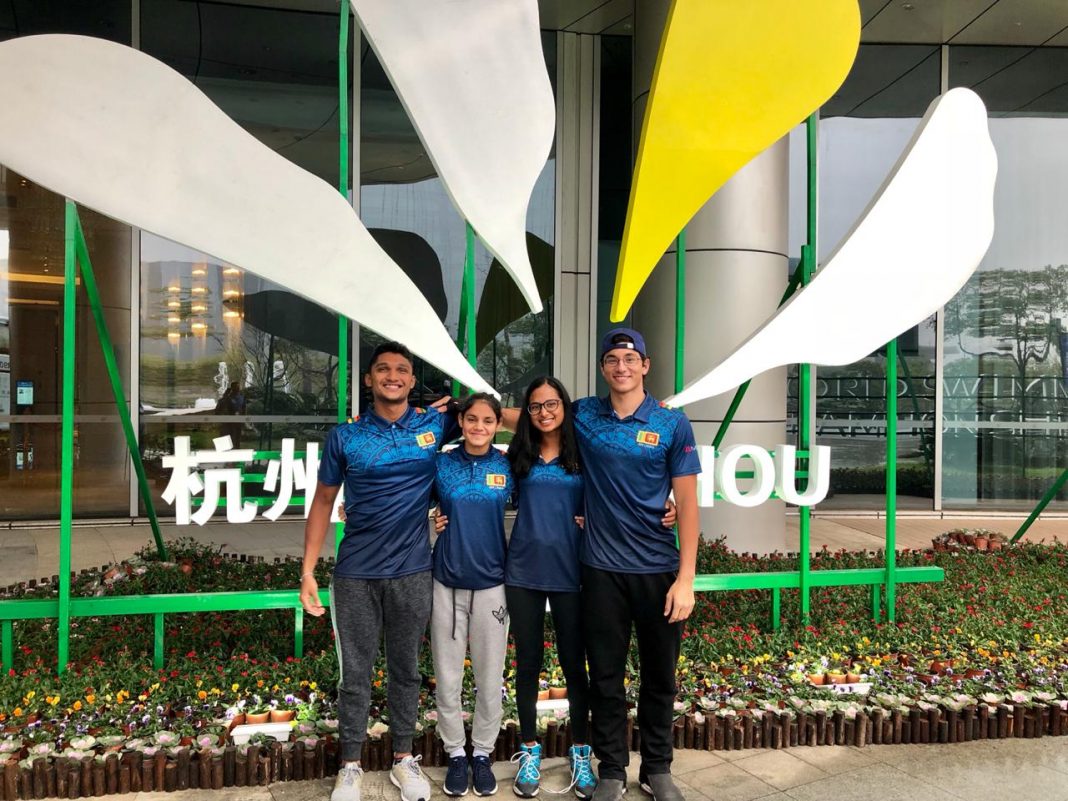 A young entourage of 4 have been locked in for the final international swimming event of the year, the 14th FINA World Swimming Championship 2018, scheduled to commence on the 11th December in Hangzhou, China.

Olympic Medalist in the Making? Akalanka on the spot

The short course FINA World Swimming Championship is swum in a 25m pool, and has been held in the years when FINA has not held its main World Championship (50m). The rich tradition has been a continuance since 1993 and Hangzhou, China will host the honorary 14th edition of the event.

More than 960 of the world’s swimming elite, representing 178 countries, will arrive at the swimming blocks of Hangzhou Olympic and International Expo Centre for the six-day competition.

34 individual events and 12 relays are on the programme of the Short Course (25m) World Championship; Heats will start 9am every day while the finals will be followed later that day.

Cherantha De Silva and Kyle Abeysinghe have been through a tremendous year so far, participating in the 2018 Gold Coast Commonwealth Games as well the Asian Games held in Jakarta Indonesia, a few months back.

The two athletes were instrumental with their contribution to their motherland, mainly being a part of the 4x100m Freestyle Relay team who managed to swim a final at the Asian Games, a feat Sri Lanka swimming had not achieved prior.

Returning to the short course world championship is Cherantha De Silva, who is currently undergoing a full-time swimming training program at the Thanyapura Aquatic Training Centre in Phuket, Thailand. De Silva first participated in this meet in 2014 (12th edition) when the it was held in Doha, Qatar. However, he failed to advance beyond the heats stages.

Kyle Abeysinghe has also represented Sri Lanka in the 13th edition of the championships in 2016, held in Ontario, Canada. Young Abeysinghe has been on the up-n-up ever since he competed and won two silver medals at the 2017 Youth Commonwealth Games and will look at stirring the waters along with De Silva in Hangzhou this year.

Joining the boys are Savindi Jayaweera of Visakha Vidyalaya and Thimali Bandara of Lyceum International School, in their debut appearance in the international arena. Both swimmers have had plenty of exposure and record winning performances in the school’s arena and will treat this meet as the launch to their international careers.

Thimali Bandara is currently training in the United States whilst pursuing her higher education. Bandara was second to Savindi in the National Short Course championship this year and has also represented Sri Lanka in junior events prior to this, this will count as her first step in the big leagues.