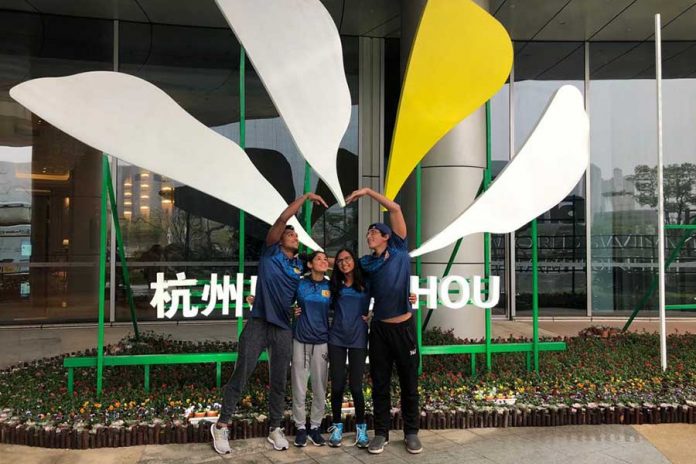 Three out of four swimmers failed to advance beyond the heats in their respective events at the 14th FINA World Swimming Championships 2018, currently ongoing in Hangzhou, China.

Of the two men and two women swim team, Cherantha De Silva, Thimali Bandara and Savindi Jayaweera took the pool on the opening two days of the championship but had to hit the hay when they failed to advance to the semifinals amidst fierce competition.

Cherantha’s run at this year’s FINA World Championships started with the Men’s 100m Butterfly event. His timing of 54.21 seconds with a split of 24.71 seconds only found him last in his heat and subsequently saw him fall short of qualification for the semifinal. His final entry in the tournament is the Men’s 50m Butterfly which is scheduled for the 14th December.

Savindi Jayaweera competed in the Women’s 100m Freestyle event where she topped her heat with a personal best timing of 1:00.07 min and bagged 585 points. Unfortunately, with over 90 swimmers participating in the event, Jayaweera’s timing did not make the semifinal cut off.

Jayaweera will swim the Women’s 50m Freestyle on the 15th December.

Thimali Bandara began her first FINA World Championship finishing 4th in her heat with a 02:14.83 minute performance. She split in 01:05.24 at the 100m mark, however, with the heavy number of entries at the meet, Bandara failed to advance in the event.

Stay logged on to ThePapare.com for more news on the swimmers’ events at the 14th FINA World Swimming Championships 2018.