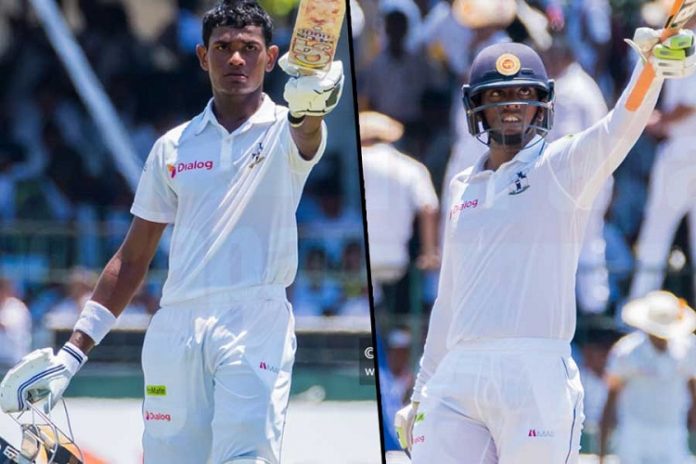 Royal College managed to gain a slender 10-run lead over S. Thomas’ College at close on the 2nd day of the 140th Battle of the Blues, but the School by the Sea dominated proceedings at SSC grounds in Colombo on Friday.

Late wickets by Royal College derailed the efforts of S. Thomas’ College on the…..

The day didn’t begin as expected for the boys from Mt. Lavinia as they lost both overnight batsmen very early in the day. At 169/8, the Thomians were desperate of a good partnership to extend their lead and take advantage of the game.

Suwaris was on 38 when Kalana was dismissed breaking the 91-run 9th wicket stand, 5 runs short of the Royal-Thomian record for the same wicket.

Managing the number 11 Shannon Fernando quite brilliantly, the left-handed Suwaris batted through to lunch seeing off the extra half an hour of the extended first session. He became the third Thomian to score a half-century in this game before he was run out just after the lunch break.

Royal College was provided with a decent opening partnership after they began their second essay 138 runs behind S. Thomas’. Openers Kamil Mishara and Isiwara Dissanayake looked in good touch until Mishara threw his wicket away by slashing at a very wide Kalana Perera delivery to give Shalin De Mel his 6th catch of the match.

De Mel then picked up his first wicket as he bowled Dissanayake with a beautiful in-swinging delivery. However, after a mini-resurrection from Captain Kavindu Madarasinghe and Ahan Sanchitha, Kalana picked his 2nd wicket to separate the duo.

Following Ahan’s wicket, the Royal skipper was dismissed by Shannon Fernando giving Shalin his 7th catch of the match. This feat by De Mel is a Royal-Thomian record.

Royal finished the day on 148/4 with a lead of just 10 runs. Bhagya Dissanayake (16*) and Kavindu Pathirathne (20*) will walk out tomorrow to save the match for Royal.