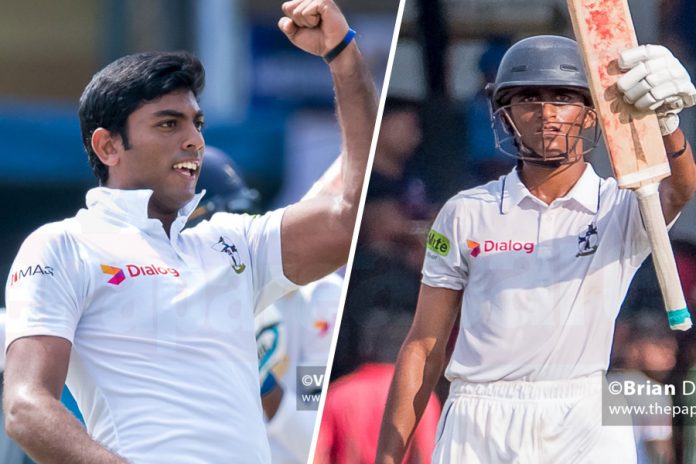 Late wickets by Royal College derailed the efforts of S. Thomas’ College on the opening day of the 140th Battle of the Blues at SSC Grounds, Colombo on Thursday.

Royal College felt the heat straight away when Sri Lanka U19 cap Kalana Perera struck in the very first over of the match after Royal skipper Kavindu Madarasinghe won the toss and elected to bat first.

The Royalists were sent 5 down for 87 runs at lunch with Perera grabbing 4 of them. The first session despite being dominated by the Thomian bowlers, Sri Lanka U19 cap Kamil Mishara stood firm for the boys from Reid Avenue remaining unbeaten for lunch. He was in fact involved in an important 42-run partnership with Ahan Sanchitha. 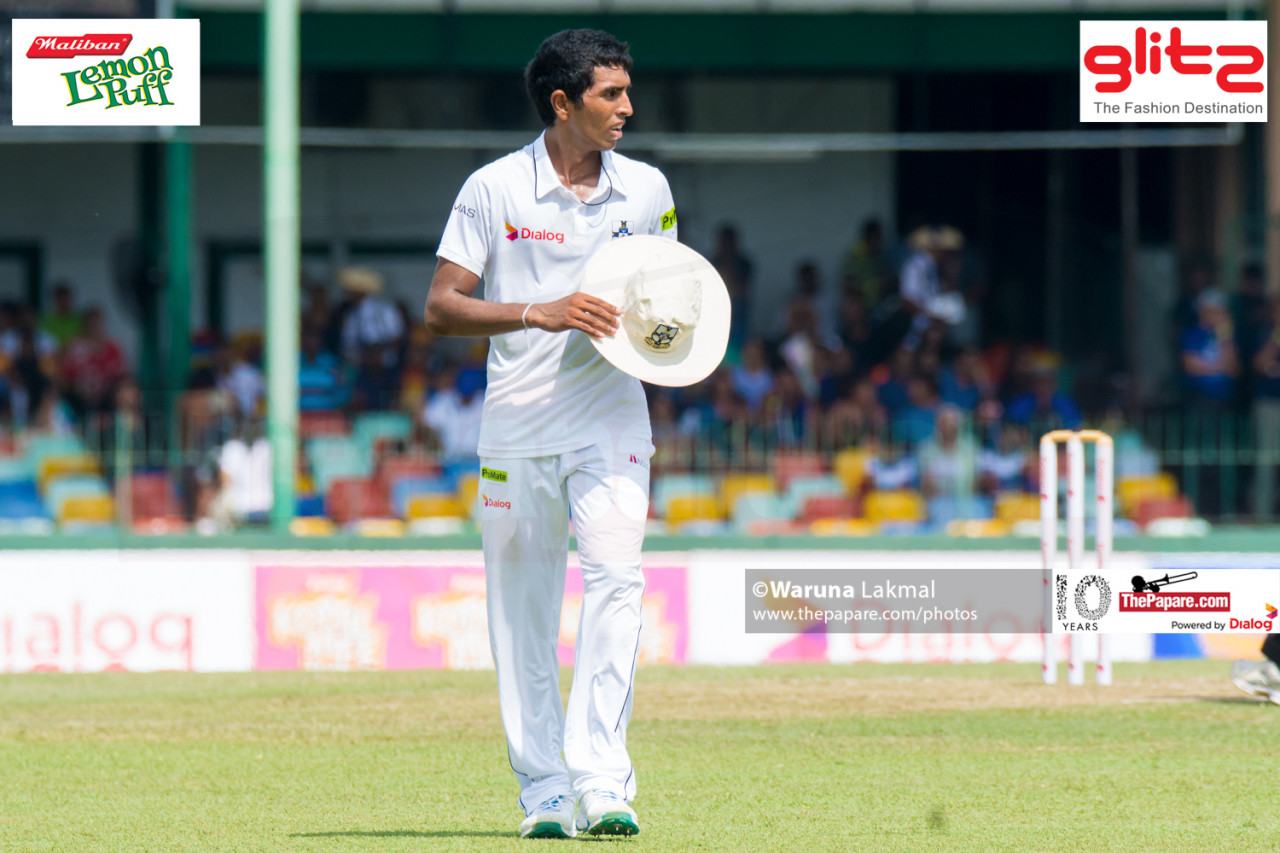 The middle session too began with some quick wickets for S. Thomas’ College as Perera completed his 3rd 5-wicket haul in Royal-Thomian encounters. Left-arm spinner Shannon Fernando grabbed all 4 remaining wickets. In addition to the two wicket-takers, Shalin De Mel was fantastic in the slip cordon taking 5 catches, a few of them quite brilliant.

In batting for Royal, apart from Mishara’s 36, bowlers Kavindu Pathirathne and Kaushan Kulasooriya chipped in with valuable scores of 35 and 28 respectively. The duo also helped their team reach 150 adding 65 runs for the 8th wicket after they got together when Royal was in dire straits at 87/7.

The Thomian innings also saw an early set back after a decent 35-run opening stand between skipper Sithara Hapuhinna and Shalin De Mel as they lost two back-to-back wickets just before tea.

The final session of the day began with both sides evenly poised. Ryan Fernando, a complete rookie not having played any 1st XI cricket previously this season was remarkable and together with Yohan Perera took S. Thomas’ straight to the box seat with a free-flowing 97-run partnership. From 35/2, the two youngsters handled the big-match pressure wonderfully displaying tremendous character.

Ryan was the first man to go after an elegant 60 and was followed by the wicket of Kishan Munasinghe who was dismissed for 8. Both wickets were taken by Mishara. Just before the end of the day, Gishan Balasuriya dismissed Yohan Perera for 49 and former Thomian captain Dellon Peiris to even out things for Royal.

Scores were level at the close as S. Thomas’ were on 158/6 with both Ravindu De Silva and night-watchman Dilmin Rathnayake yet to get off the mark.