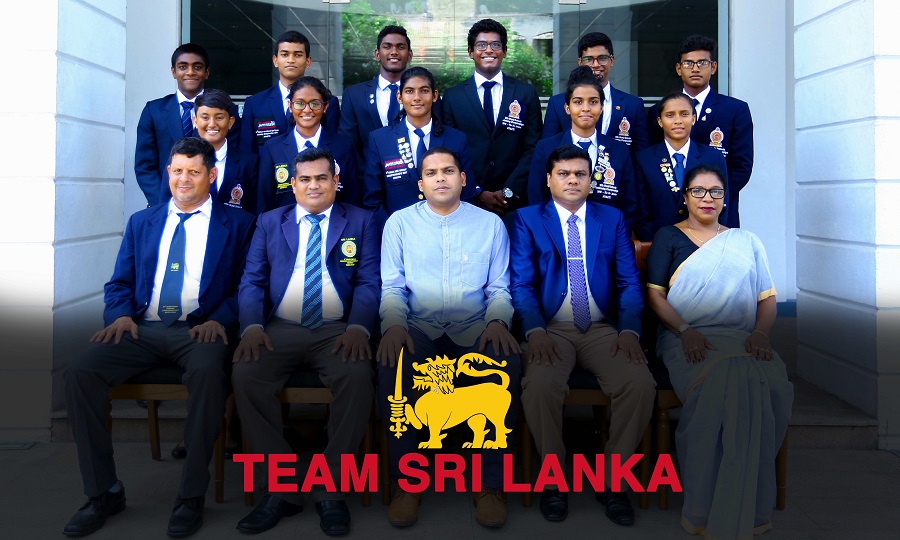 Sri Lanka will field a team of 12 swimmers for the 12th World Schools Swimming Championship 2019, scheduled to commence on the 18th May in Rio De Janeiro.

The World Schools Championship Swimming was organized for the first time in the current format in 1997 under the patronage of the International School Sport Federation (ISF). After three championships, the WSC became an official event on the ISF calendar. In the last championship that took place in 2017 in Budapest, Hungary, 47 teams from 17 ISF members participated.

The Executive Committee of the International School Sport Federation entrusted the organization of the 12th World Schools Championship Swimming to Rio de Janeiro, Brazil. The participants, both girls and boys aged 15-18, can compete in selected or school teams.

Selection trials for the Sri Lanka team were held in late February of this year, at the Sri Lanka Schools Novices Swimming Championship. The best of the individual performers in each respective age group were picked into the pool of 12 that will represent Sri Lanka in the first international event for 2019.

A well poised team of youngsters from Colombo, Negombo and Kandy have made the cut this year. Visakha Vidyalaya comes up with 3 representatives while Ananda College and Mahamaya Girls College Kandy steps in with 2 representatives each. 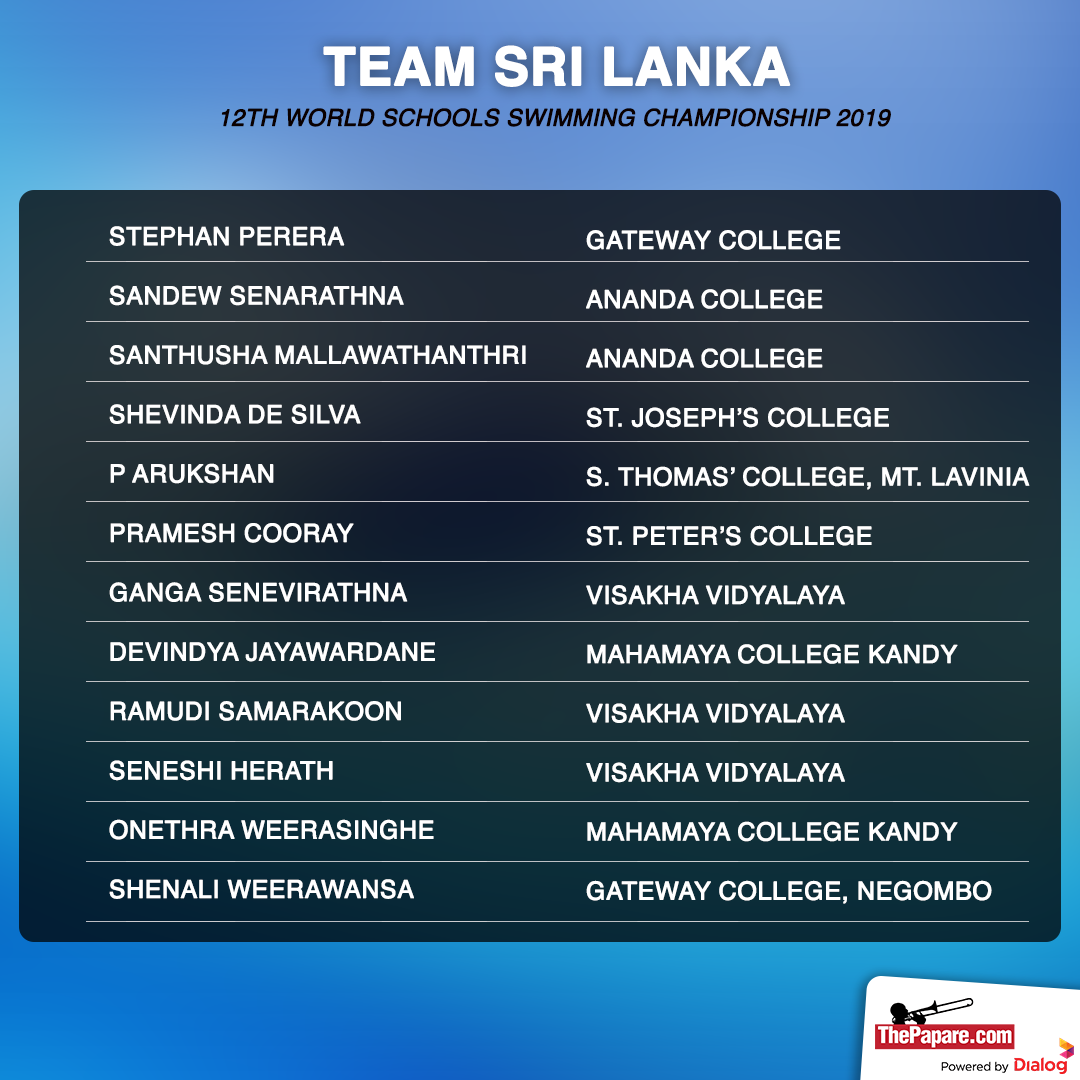