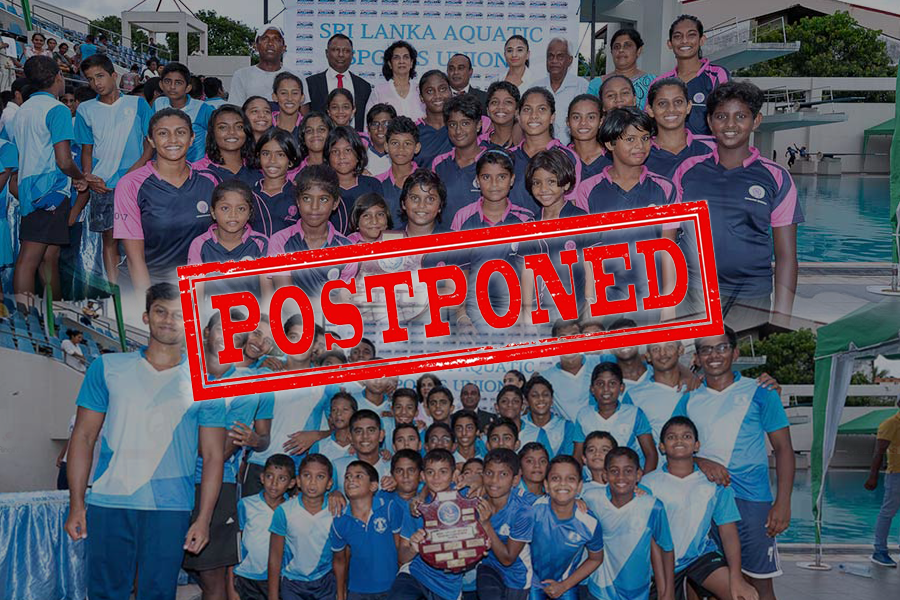 The National Age Group Relay Championship for the year 2019 has been postponed due to the current security situation in Sri Lanka.

The highly celebrated team event in the Sri Lanka Aquatics calendar, the National Age Group Relays was scheduled to be held on the 27th of April at the Sugathadasa Indoor Swimming Complex.

However, due to the unfortunate and tragic incidents that took place across the island this past week, authorities have paid heed to the security and safety of the swimming fraternity. Hence, the tournament has been rescheduled for the 11th of May at its original venue.

With this shift, the Pentathlon Swimming Championship 2019 will also be pushed by two weekends to the 23rd, 24th and the 25th of May from its previously scheduled dates of 9th, 10th and 11th May

The Annual National Age Group Relay Championship will attract over 30 schools from around the island, with over 800 participants battling it out over two main relays.

The tournament will consist of 5 age groups starting from Under 11 all the way up to the 18 & Over open category. The two main events will be the 4x50m Medley Relay along with the 4×50 Freestyle Relay which will be swum in two rounds – the preliminaries leading to the final round.

With a total of 6 first place wins and 154 points in total Sirimavo Balika Vidyala took home the overall Girls Championship. 2017 champions Visakha Vidyalaya had to take a back seat last year, trailing by 8 points behind the newly crowned champions.

Defending champions St. Joseph’s College managed to hold on to their rightful shield for the second year running with a total of 146 points. They finished first with a massive lead on Ananda College who finished second with 98 points.

Newly crowned champions at the Short Course Swimming Nationals, Ananda College will look at doubling their winnings this year at the relay champ’s, and finally look for an opportunity to pose a threat to the kings of School’s swimming, St. Joseph’s College.