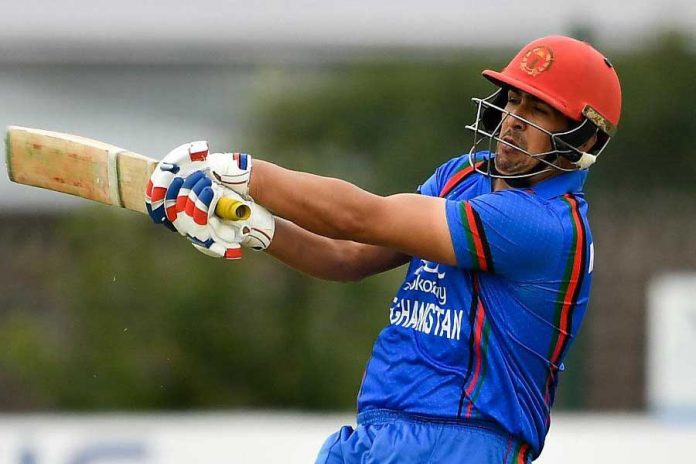 Afghanistan triumphed by 16 runs in the first of three T20Is at Bready in Northern Ireland.

Gary Wilson will lead the team in the Twenty20 Internationals..

The assault from 20-year-old Hazratullah Zazai was brief and brutal. It was also in the end the difference between the two sides. His 74 came from 33 balls, a strike-rate of 224. The next best in either category from either side was a mere 23-ball 34 from Ireland’s Gary Wilson.

It truly was a special knock, and it caught Ireland napping after rain had delayed the start and reduced the contest to 18 overs a side. It took just three balls for him to register his first six, smashed over midwicket, and that was only his first gear. Two fours bookended the second over, then consecutive boundaries in the third, then a trio in the fourth.

The fifth over, and the last of an abridged powerplay, was the coup de grace. Bowled by Tyrone Kane, the first ball flew over square leg for six, the third was cut past point to bring up the team fifty, the fourth, another six, brought up fifty of his own, from 22 balls, the fastest by an Afghan in the format, and the sixth hammered flat past the bowler for yet another six. Two more back-to-back sixes kicked off the seventh over, and at this point Zazai was 72 off 28, and the fastest T20I ton was in danger.

It wasn’t to be, as the opener was dismissed two runs and five balls later, and Ireland clawed Afghanistan back admirably; they could easily have crumbled under the assault. In the last 11 overs Afghanistan added just 73, while the last three were of particular note, 18-year-old Joshua Little, the resurgent Tyrone Kane, and the metronomic Peter Chase combining to keep Afghanistan to just 10 for the loss of five wickets.

Afghanistan may well reflect worryingly on the struggles of those outside the top three, who put on all but 26 of their runs. Mohammad Shahzad made 29, content to turn over the strike to Zazai initially before briefly seeming set to launch, while Asghar Afghan struggled to get going, making 31 from 30. Still, the damage had been done, and perhaps the difficulty others had only showed just how special Zazai’s innings was.

In reply, Paul Stirling, in excellent T20 form for Middlesex, briefly sparkled in making 27, but when he and Kevin O’Brien fell in the space of seven balls, and Ireland found themselves 55/4, the game seemed up. Gary Wilson’s captain’s effort of 34 from 23 offered brief hope, while the 41 added by Simi Singh and George Dockrell kept Ireland just in contention, but they were always playing catch up. Rashid Khan claimed two wickets in the penultimate over, and the game was as good as done, and victory was soon sealed by 16 runs.

The second game of the series takes place on Wednesday 22 August at the same venue.