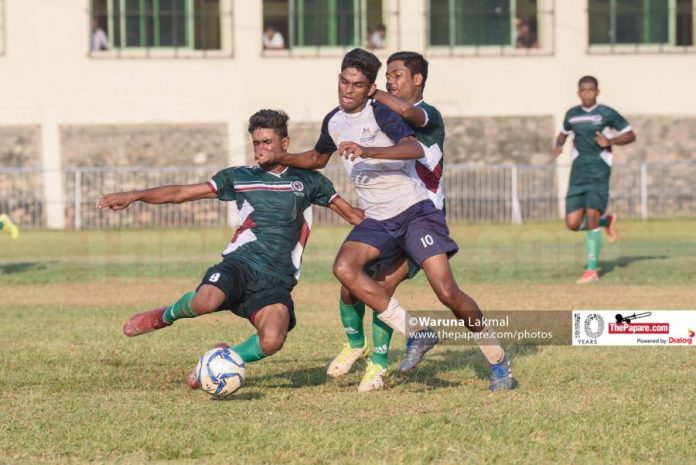 Fighting Royal Come Back to Win

Royal College, Colombo came back from a goal down to beat Kingswood College,…

Zahira started strong in the early part of the game and looked dominant. Gateway, on the other hand, showed a glimpse of what they could offer with some good phases of play.

Shareeq Ahamed opened the scoring for the Maradana boys with an impressive effort from outside the box. With the goal, Zahira looked more dominant and went in for more.

Showing off some creativity, Mohamed Sajid finished off with a header after a good cross from the left-wing by Shareeq Ahamed. Mohamed Aakib then converted a through ball after initiating the move in the midfield.

Zahira went into the break with a comfortable 3-0 lead.

The second half started with  Gateway moving positively on the offensive. The Zahira midfield looked to have released pressure, giving the Gateway boys room to play. Areeb Niyas was in thick of things for Gateway, along with Samunu Kaggodaarachchi.

Samunu Kaggodaarachchi then capitalized on an error made by the Zahira defense and got a goal back.

Zahira responded with 2 more goals through Mohamed Sajid and Mohamed Aakib converted from the spot to give the Maradana boys a comfortable scoreline of 5-1.