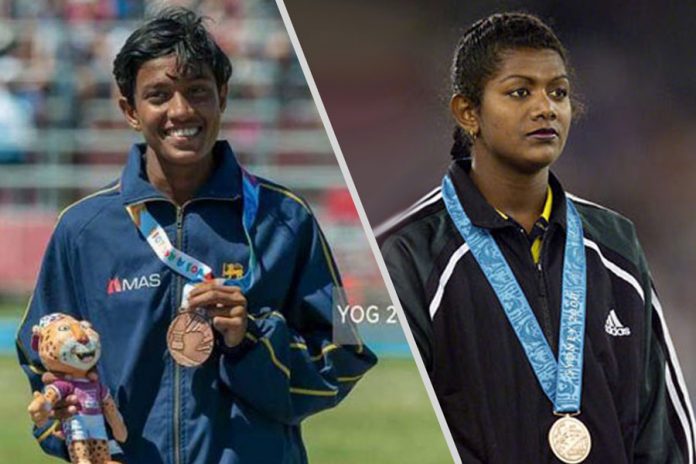 The late 90’s and the early 2000’s was undoubtedly Sri Lanka’s golden era in track and field. Susanthika Jayasinghe was the shining star having won Sri Lanka’s first World Championship medal in 1997, following it up with a wonderful run at the Sydney 2000 summer Olympics where she won Sri Lanka’s second ever Olympic medal. 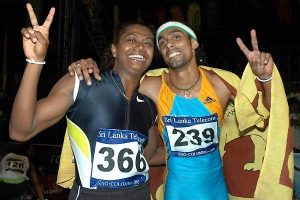 Susanthika however was not a lone performer though she was the biggest achiever on the world stage. Sri Lanka had a magnificent crop of athletes in sprinter Damayanthi Darsha who holds the Asian record for the fastest 200m & 400m to date, quarter miler, Sugath Thilakarathne – the Asian record holder in the Men’s 400m, Sriyani Kulawansa – Sri Lanka’s most successful female hurdler who holds the national record to date in the Women’s 100m hurdles and a few amongst others in the likes of Rohan Pradeep Kumara, Prasanna Amarasekara, Ranga Wimalawansa who joined ranks with Sugath Thilakarathne to reign supreme in the Men’s 4X400m in the Asian Region.

Despite experiencing enormous success in the field of track and field in Asia, as well as in the World stage for over a decade, a downward trend was seen after the retirement of that generation of athletes. Since Susanthika Jayasinghe’s second medal at the World Athletic Championship in 2007, there has been a severe medal drought at the Asian and World stage.

A decade long desperation for inspiration in track and field finally ended in 2018 as the country witnessed the emergence of a new generation of young athletes who have stunned the Sri Lankan athletic fraternity with some stirring and impressive performances.  This young crop has managed to usher back nostalgic memories of the bygone era where Sri Lanka was a force in the Asian region.

The junior athletes started off the year on a high with a fabulous show at the 3rd South Asian Junior Athletic Championship which was hosted at the newly refurbished Sugathadasa Stadium. The juniors capitalized on the opportunity as they amassed a total of 41 medals which included 8 meet records.

The junior Sri Lankan athletes were on fire bagging a host of medals and records serving justice to the newly laid track of the…. 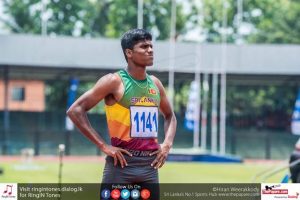 The 17th Asian Junior Athletic Championship which was held in Gifu, Japan provided an accurate measure and a benchmark as to how the performances of our junior athletes match up against the top performers in the Asian region. Sri Lankan juniors re affirmed that we were in fact witnessing the emergence of a great squad of young talent as they managed to record Sri Lanka’s largest medal haul at the championship collecting 9 medals consisting 3 Gold, 4 Silver and 2 Bronze from a squad of 13. Quarter miler Aruna Darshana stole the limelight at the competition as he managed to claim the Junior Asian record in the Men’s 400m clocking 45.79secs and was also the first Sri Lankan athlete to run sub 46secs in the event since 2006. Aruna rose to the limelight as the next important thing to come out of Sri Lankan athletics and was instrumental in winning Sri Lanka another Gold medal in the 4X400m alongside Pasindu Kodikara, Ravishka Indrajith and Pabasara Niku.

They were a bunch of juveniles, they did the unthinkable; a whopping medal tally of 9 consisting 3 Gold, 4 Silver and 2… 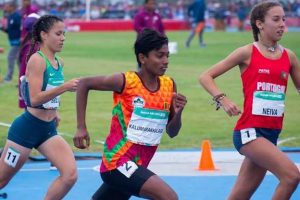 The other gold medalist of the Asian Junior Athletic Championship, Parami Wasanthi Maristella who competed against runners 2 years her senior in the women’s 3000m steeple chase, showcased great mental solitude and toughness to take the race to the final couple of laps where she made her move to win the Gold. She then went on to become the biggest winner for the country in track and field as she won Bronze in the women’s 2000m steeple chase at the Youth Olympic Games which was Sri Lanka’s first international medal since 2007 and only third Olympic medal behind Duncan White and Susanthika Jayasinghe. The rest of the team which consisted of, High jumper Seniru Amarasinghe (4th), quarter miler Dilan Bogoda (7th) and sprinter Shelinda Jansen (9th ) also showcased they belong with the top performers of the world.

Amasha De Silva (100m & 200m) Dilishi Kumarasinghe (400m & 800m, Pasindu Kodikara (400m & 400m hurdles), Ushan Thiwanka (High Jump) were some of the other stand out performers that impressed during the year. These youngsters have offered a glimpse to the vast potential they possess despite having limited opportunity at the international level and scarce resources available to them in the country.

In August this year, nine athletes from the record breaking Asian Junior squad which included the eventual Youth Olympic medalist, Parami Wasanthi Maristella was presented with a financial grant of Rs. 75,000.00 per month until 2024 by the Sports Ministry in order to support the youngsters. However, in a disappointing revelation, Parami Wasanthi Maristella after returning from Argentina with her Youth Olympic medal revealed to the media that she and the rest of the athletes only received the said grant once in the month of August and never since. This had placed the youngster, her coach and the family in a very difficult position as they had made commitments with the assurance given by the Ministry of Sports. They were forced to borrow money as they were compelled to make ends meet in order facilitate the youngster’s training requirements.

It is imperative that Sri Lanka work towards a National policy to harness and nurture these upcoming youngsters who have already proved that they are capable of becoming world beaters and ushering back a golden era to Sri Lankan track and field. The country also needs to make sure that Diyagama Mahinda Rajapakshe stadium or another stadium with a synthetic track is developed as early as possible since failing to do so will result in the newly refurbished Sugathadasa Stadium deteriorating rapidly due to overuse.

The rejuvenation of Havelock Sports Club