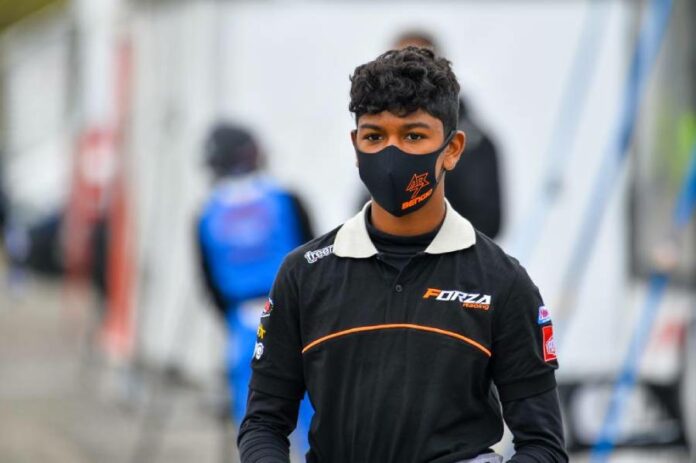 Yevan David, a 13-year-old young Sri Lankan driver made history becoming the first Sri Lankan to be placed in the top spot in a race at a major international karting competition.

Yevan David who is domiciled in Singapore and competes for team Forza racing under the Sri Lankan Flag, achieved this feat when he was placed first in one of the five qualifying heats he took part at the ‘Champions of the Future 2021’ karting competition Round 01.

First round of the ‘Champions of the Future 2021’ Karting competition was held at a venue that will host the European Karting championship in the coming weeks in Genk, Belgium.

Young Yevan competed in the ‘OK Junior’ Class at the competition alongside 92 other drivers from around the world.  Yevan was placed overall 15th out 92 drivers and qualified for the Pre final and the Final. Starting from the 15th position in the grid Yevan managed to hold on to his position despite serious threats from the other drivers as he finished 15th out of 35 drives in the final.

It was in the fourth heat of five qualifying heats, that the young Sri Lankan driver made history winning the heat and becoming the first Sri Lankan to grab a top spot at an international karting competition. 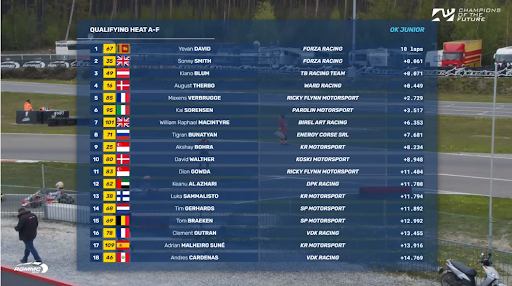 In the five qualifying heats, Yevan was placed 6th, 7th, 8th, 1st and 14th respectively securing him the 16th grid position in the pre final of the event.

During the Pre-Final Yevan displayed a cautious and a controlled approach where he finished the race a place better than he started in the 15th grid position earing him the same slot in the starting grid at the final that was held later in the day.

In the final young David finished 15th in what turned out to be an all-British podium with the Reigning World ‘OK Junior’ Class Champion Freddie Slater of United Kingdom becoming the first to the checkered flag with his compatriots Harry Keeble and Sony Smith coming in second and third, respectively.

“(We are) Very proud of Yevan’s achievement and representing Sri Lanka, it’s another important milestone in his journey, and the win in Europe even in a heat is a dream we didn’t expect to achieve so soon. Looking forward, I hope he builds on this success and hope to see the Sri Lankan Flag and the national anthem on the top podium soon.” 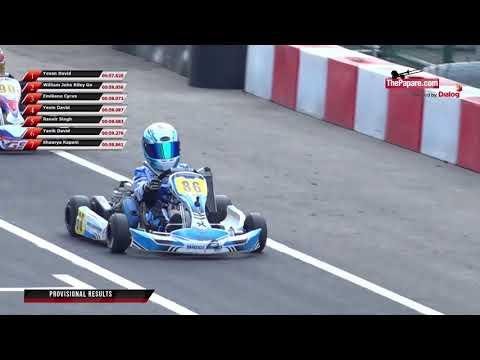 The young David trio of Yevan, Yevin and Yanik grabbed major attention in the Island at the X30 Asia Cup which was held at the Bandaragama Karting circuit in 2018 competing in the Cadet category (Age 8-14 years) of the event. It is terrific to see the older brother of the three, Yevan going on to make history in the big leagues and we at ThePapare.com hope the other siblings will follow suit in the near future.