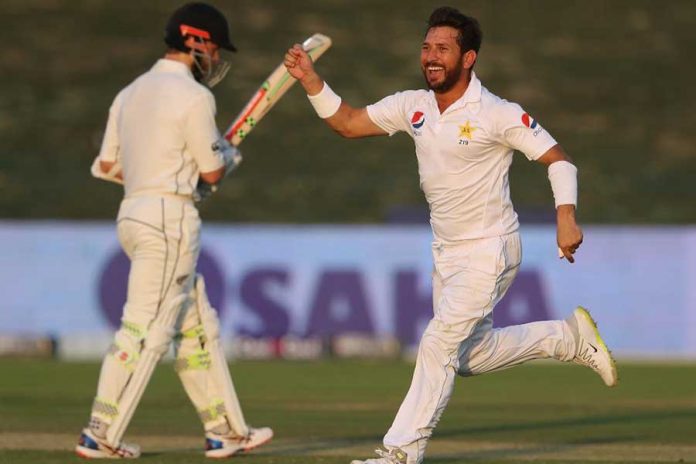 Yasir Shah, the champion Pakistan leg-spinner, got to the 200-wicket mark in the third Test against New Zealand on Sunday, 6 December to better an 82-year-old record.

The leg-spinner reached the milestones in his 33rd Test, three quicker than Australia leg-spinner Clarrie Grimmett, who previously held the record. With 27 wickets, Shah is the leading wicket-taker of the series so far as well

The 32-year-old has achieved immense success, especially on the dry pitches in Pakistan’s adopted fortress, the United Arab Emirates, where he has 114 scalps at an average of 23.97.