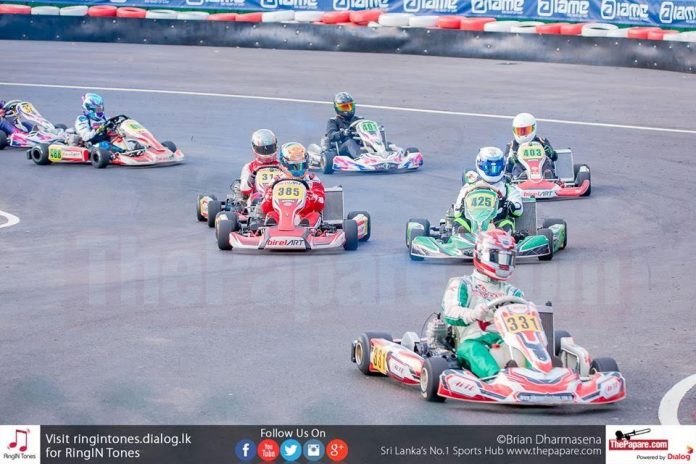 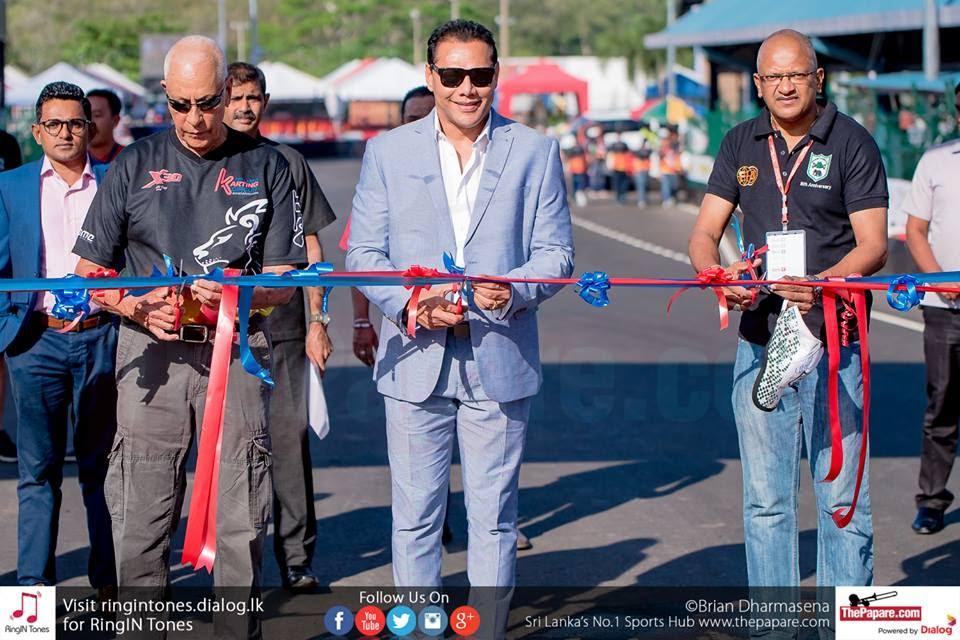 The SLKC, a venture by David Peiris Motor Company (DPMC), was opened yesterday by the Hon. Minister of Sport, Dayasiri Jayasekara alongside the Chairman DPMC, Mr. David Peiris himself, who was the brainchild of the SLKC- Bandaragama.

The day opened with the drivers from the four categories –  Cadet, Junior, Senior and Master/Veteran categories taking the first lease of the track for practice followed by qualifying events. It was however in the heats the real action began, with the drivers showing their competitive bone on the brand-new track and the bravado they showcased with some of them, in the Cadet category, where the drivers were between the age of 7 to 12 years.

With the drivers determined to obtain maximum number of points from the two heats in the respective categories, the crowd at SLKC was treated to a thrilling experience of bumper to bumper racing and pinpoint maneuvering that left the crowd in awe. 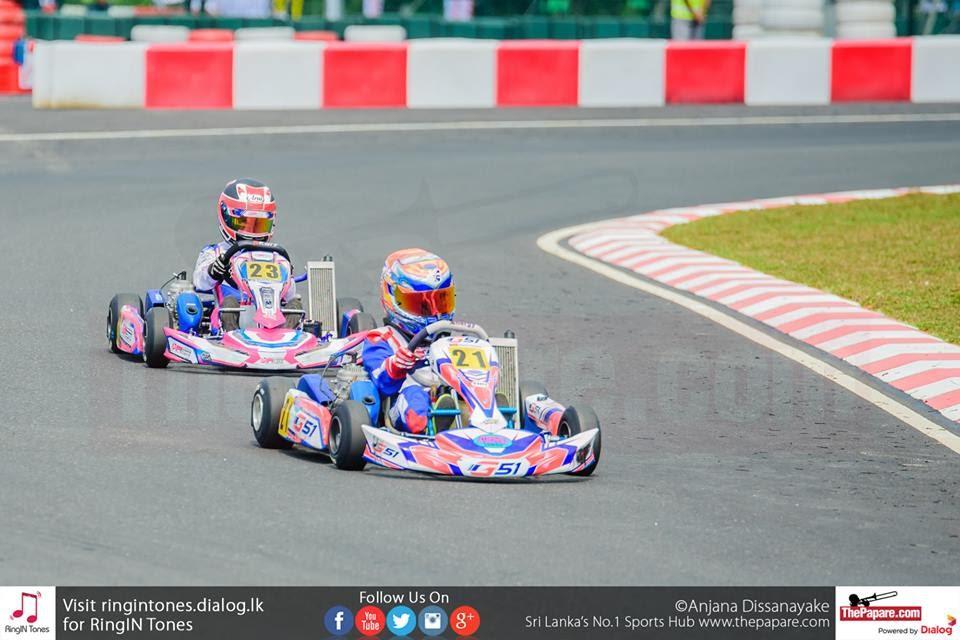 In the Cadet category, it was battle between William Go and Yevin David of Sri Lankan decent. William who drove a controlled race after taking the lead from the first corner, grabbed the top points in the first race while Yevin David, one of three Sri Lankan brothers who competed in the cadet category, raced in a mouthwatering display of karting and raced to the checkered flag in the second much to the delight of the home fans. 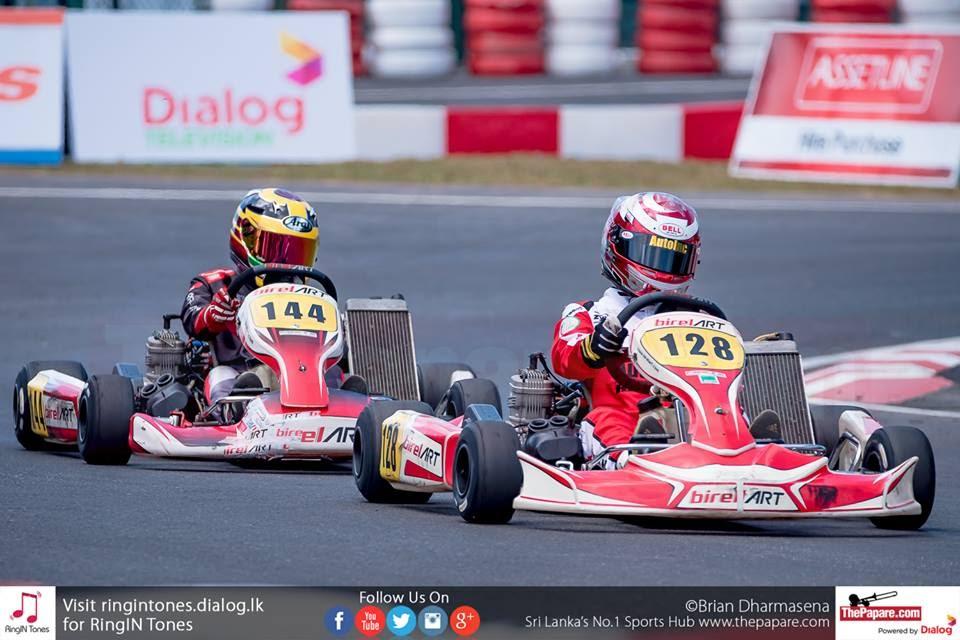 The Junior Category, usually a segment that garners a lot of interest and participation with some races having 20+ entries, had not received a great response with only 4 drivers taking part. Wahyu Noarshim and Kalen Chin winning the first and the second heats respectively. 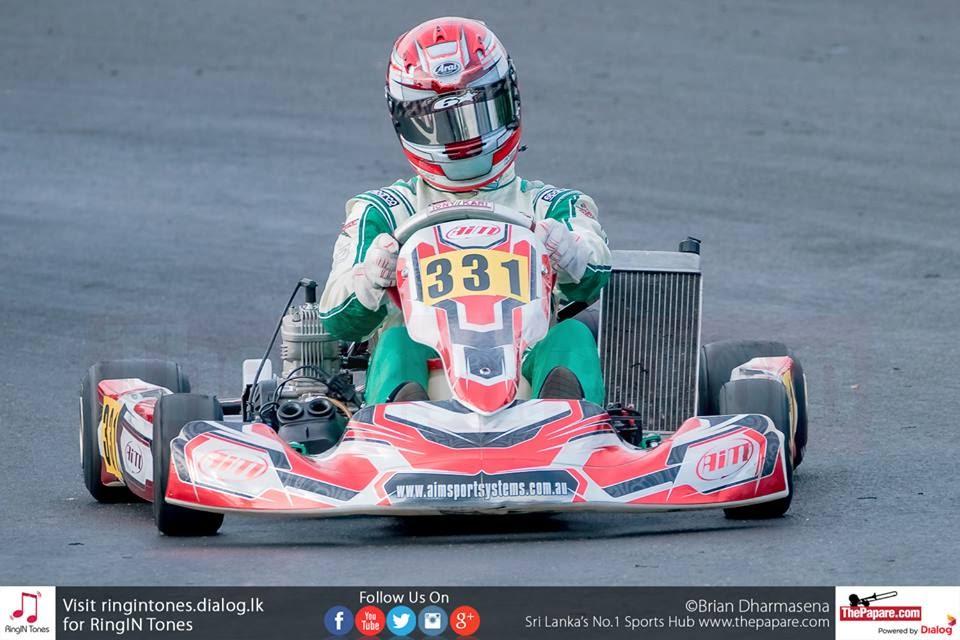 The 4-time Australian Karting champion and a veteran racer Jason Burns, was a class apart in the Master/Veteran category dominating proceedings from the word go in both heats. He was impeccable in the first corner of the race and managed to hold onto the lead with a controlled well-paced drive in the front. However, it was Ang Kog Wee who stole the thunder in both races as he managed to come from 8th place in both races and finish in the second position, displaying the sheer speed he possess. 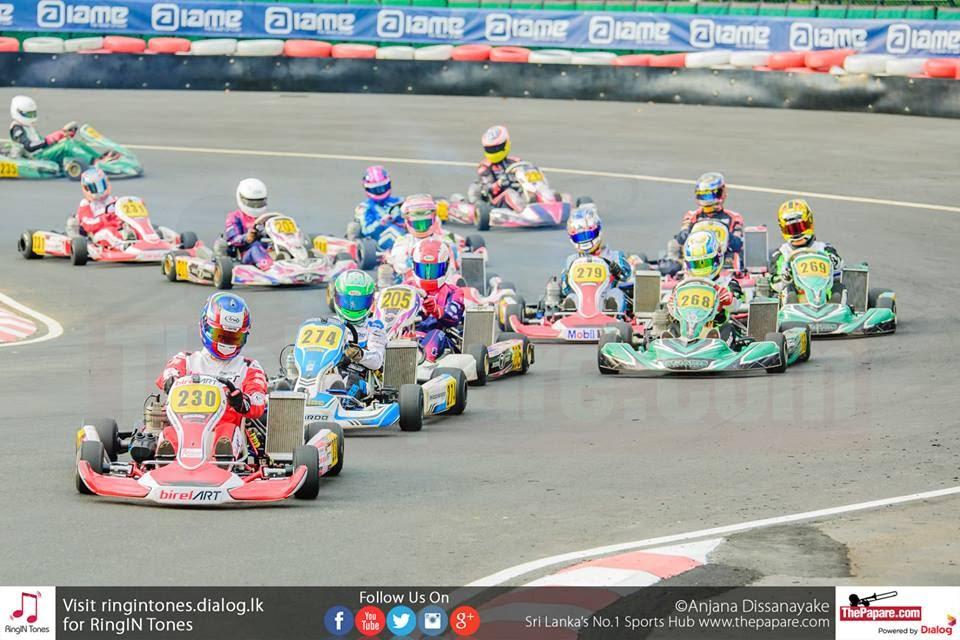 The Senior category which is touted to be the most competitive category lived up to its expectation as the two heats presenting inviting battles. In the first heat, Jace Mathews managed to see off a spirited challenge by the driver Eshan Peiris, who had the local crowd behind him. In the second heat, Eshan got off to a great start with Mathews on his tail but the duo were involved in an unfortunate collision which forced them to retire from the competition paving way for the rookie of the category Alex Brown to take the top points in the second heat. Brown’s life was made difficult by Prassetyo Hardja who posed a constant threat but had to be satisfied being the second best.

If the opening day is any indication to go by, the second day of the X30 Asia Cup will be a thrilling Sunday spent on international racing in our own backyard, in Bandaragama. ThePapare.com, Sri Lanka’s trend setter in sports reporting will be bringing you live pictures of  X30 Asia Cup 2018 final if you are one of the unlucky ones who are not able to be there in person to witness racing history being made on Sri Lankan soil.